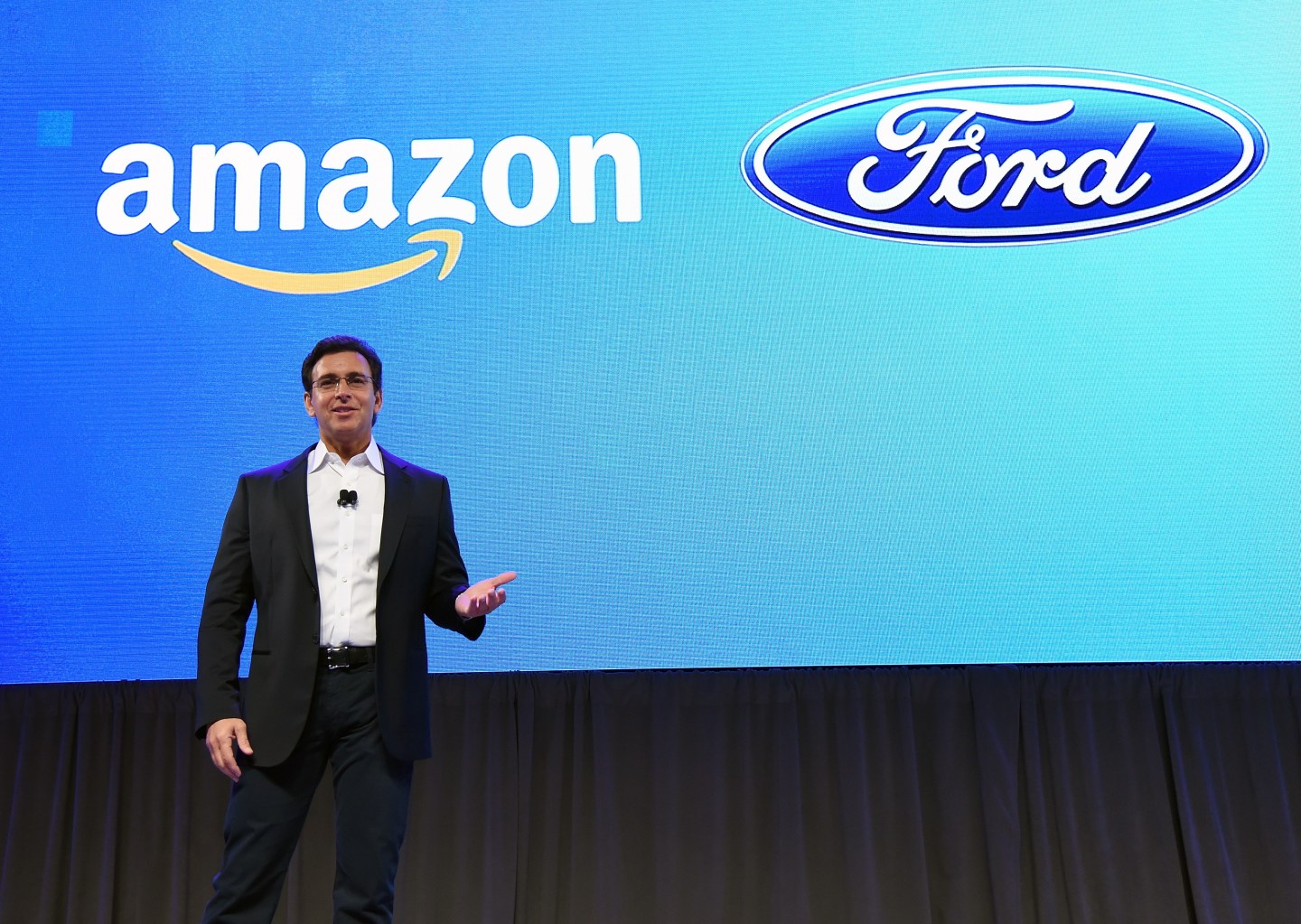 Some Ford owners will soon be able to turn up the heat at home from their cars using Amazon’s Alexa voice service or start their vehicles from their desks using the same system.

Ford Motor (F) said that by the end of the year three models, the Focus Electric, Fusion Energi, and C-Max Energi, will be able to communicate with smart home devices using Alexa by pressing a voice recognition button on the steering wheel.

Consumers can send instructions to their Ford vehicles from home by using Amazon’s Echo smart home device and Alexa, an “intelligent assistant,” similar to Apple’s Siri, that enables users to access Internet services and interact with devices using voice commands. Vehicle owners also will be able to send simple commands via Alexa to smart home appliances and systems.

Ford CEO Mark Fields: Why Alexa Is a Good Idea

The Ford-Amazon partnership was announced at CES, the annual consumer electronics trade show held every January in Las Vegas. Production plans were shared last week with Reuters during a demonstration of the service at Ford’s Research and Innovation Center in Palo Alto, California. A Ford spokesperson said the service has entered a final phase of testing with Amazon before its planned release at the end of the year.

Among the functions that Alexa can provide are the ability to preset temperature in the home, check the security system or turn on the outside lights from the car. Using an Echo device in the home or office, Alexa users can start the vehicle, lock or unlock their doors, and check the range between charges, after providing a security code.

Alexa also can be used to update shopping lists, get weather reports, check appointments, and cue up music in the car.

Some of the in-vehicle services through Alexa will be rolled out to other Ford models starting early next year, according to Ford spokesman Alan Hall.

Carmakers are increasingly trying to improve the customer experience inside cars with features to rival the convenience of smartphones. The growing focus on network-connected appliances and other home devices—part of the so-called “Internet of Things” phenomenon— has inspired collaborations between automakers and technical service providers such as the Ford-Amazon alliance.

Ford isn’t the only automaker hoping to offer these kinds of connected car-to-home services.

Genesis, the luxury division of Hyundai, announced in August that it had partnered with Amazon to let owners of its Genesis G80 and its soon-to-be-released G90 start and control their cars remotely. BMW also announced in august that it would add Amazon Alexa connectivity to its vehicles as part of a larger rollout of its new cloud service BMW Connected. The Alexa feature is expected to premiere in BMW vehicles later this year.