Ford Wants Your Car to Control Your Home 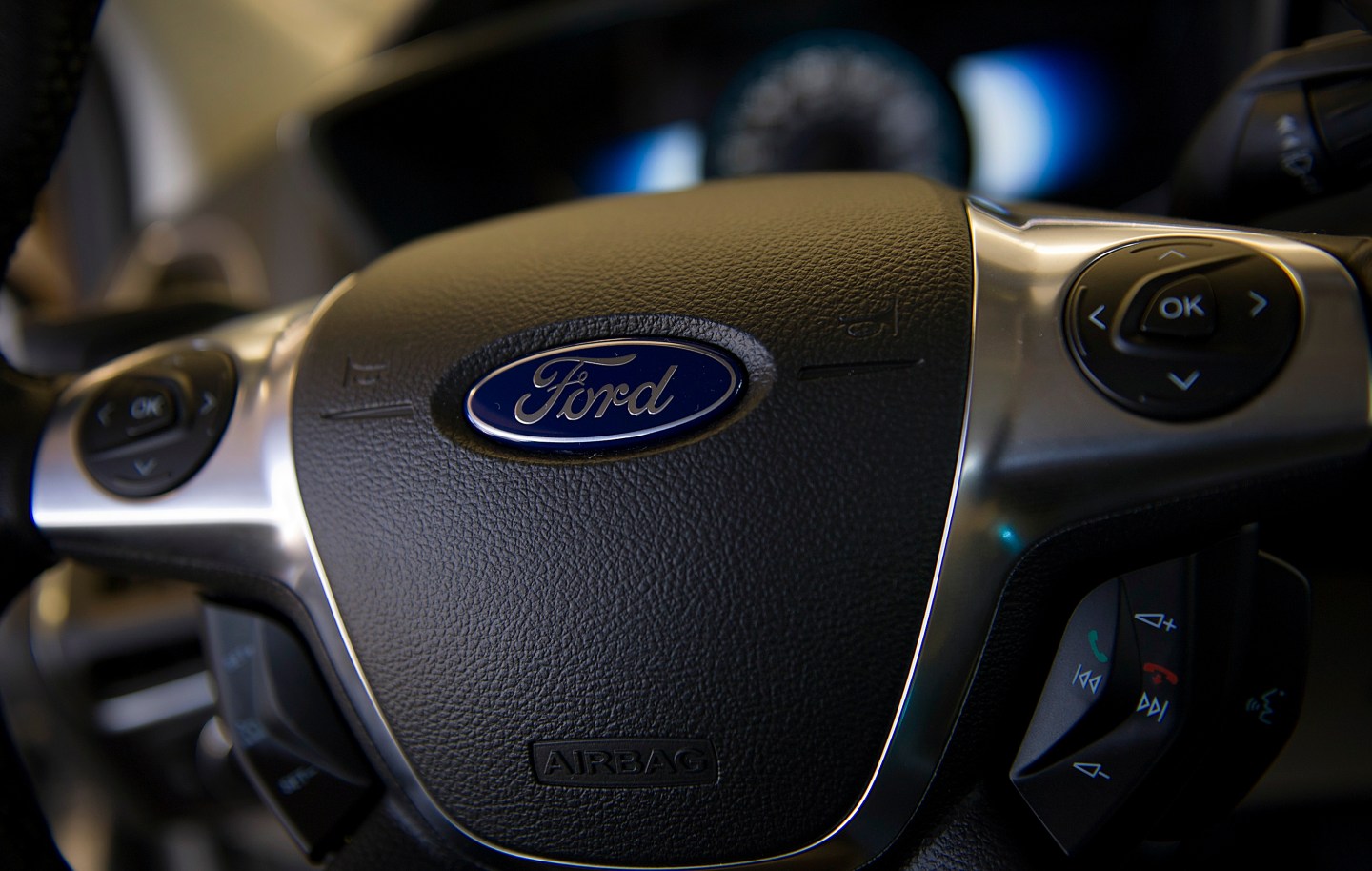 Ford (F) is thinking up ways to turn your car into a remote control for your home.

The car maker on Tuesday announced it’s partnering with Amazon and home-automation company Wink to develop technologies that would let consumers operate their home from the car. Once Ford’s technology gets off the ground, consumers would be able to “control lights, thermostats, security systems, and other features of their homes from their car,” the company says.

The smart home has become a hot topic in the technology industry, and is one of the more prominent trends at CES this year. A slew of companies, ranging from Apple (AAPL) to Google (GOOG) to Amazon (AMZN), are investing heavily in ways to make formerly “dumb” products in the home smart. In order to do so, several companies, like Philips(PHG), are adding Internet connectivity to their devices. Refrigerators, washing machines, dryers, and other home products are also getting connectivity.

That connectivity is allowing Ford and others to think up new ways to add smart home features to their own offerings. In Ford’s case, it says it will use its Sync platform to directly link its cars to products in the home. The company says it’s part of a broader initiative at the automaker, called Ford Smart Mobility. That initiative includes improving car connectivity and is heading up the company’s self-driving technology.

Ford’s decision to work with Wink could be critical to the idea. Wink provides a platform on which smart home products from a wide range of companies, including Google-owned Nest and GE (GE), are offered. The Wink app, coupled with smart home products, including lights and thermostats, allows users to control all facets of the home. Ford’s idea is to connect its own platform with Wink to give its drivers control.

In a statement, Ford said that it envisions drivers pressing a button or delivering a voice command, telling their smart home products to “open the garage door, turn on the lights, and unlock the front door.” Any product connected through Wink, in other words, could be controlled from behind the wheel.

WATCH: For more on Ford’s relationship with Silicon Valley, check out this Fortune video:

The Amazon integration is a bit different. Ford says it wants to use Amazon’s virtual personal assistant Alexa, as well as Amazon’s hands-free device Echo, to send commands and get information from their cars. For instance, Alexa could be requested to start the car, unlock its doors, and check fuel levels. And since Alexa can also integrate with some smart home technologies, drivers could again get behind the wheel and control their homes, asking Alexa to close the garage door or turn on the porch lights.

According to Ford spokesman Alan Hall, the company is currently working on integrating Wink and Amazon into its platforms. It hopes to get the services up and running later this year.

Wink will work with Ford’s existing vehicles. Amazon integration, however, requires Ford’s Sync Connect platform, which launches with its new Escape vehicles in the spring.