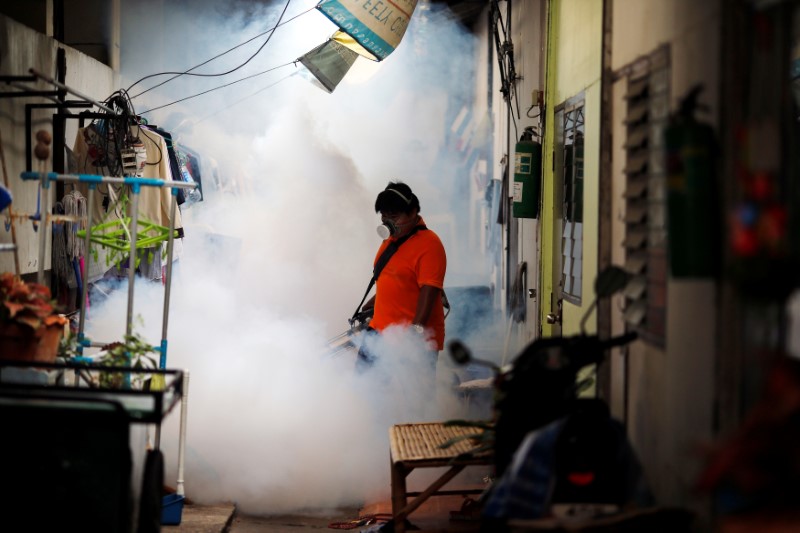 Thailand confirmed on Friday that the Zika virus had caused two cases of microcephaly, a condition that results in babies being born with small heads, the first time microcephaly had been linked to Zika in Southeast Asia.

“To summarize, we have found two cases of small heads linked to Zika, the first cases in Thailand,” Prasert Thongcharoen, an adviser to the Department of Disease Control, told reporters in Bangkok.

He declined to say where in Thailand the cases were found.

The World Health Organisation (WHO) said in a statement the cases were the first of Zika-linked microcephaly in Southeast Asia.

Microcephaly is a rare birth defect that has been linked, in Brazil in particular, to the mosquito-borne Zika virus, which is spreading in Southeast Asia.

U.S. health officials on Thursday recommended that pregnant women postpone nonessential travel to 11 Southeast Asian countries because of the risk of Zika.

The CDC has already issued a “travel notice” for Singapore, and said such a warning would be considered for the new countries if the number of cases rose to the level of an outbreak.

Thailand’s confirmation of Zika-linked microcephaly comes ahead of China’s week-long “Golden Week” holiday with Thailand expecting 220,000 Chinese visitors, up from 168,000 for the week in 2015, Tourism Authority of Thailand governor Yuthasak Supasorn told Reuters.

See also: It Took Congress 233 Days to Fund the Fight Against Zika

There is no vaccine or treatment for Zika. An estimated 80 percent of people infected have no symptoms, making it difficult for pregnant women to know whether they have been infected.

Thailand’s health ministry said on Tuesday it was investigating four suspected cases of Zika-linked microcephaly in three babies and an unborn baby.

The three babies were born with small heads but it was not clear from ultrasound results whether the 37-week unborn baby had a head size smaller than normal.

There are no specific tests to determine if a baby will be born with microcephaly but ultrasound scans in the third trimester of pregnancy can identify the problem, according to the WHO.

The ministry ruled out a link between Zika and microcephaly in two of the cases on Tuesday.

Zika, which has spread in Latin American and the Caribbean, is commonly transmitted through mosquitoes but can also be transmitted sexually.

Microcephaly in babies can lead to respiratory problems related to malformation of the brain, a very serious threat to the lives of babies in the first year of their lives.

Zika has been linked to more than 1,800 confirmed cases of microcephaly in Brazil, according to the WHO.