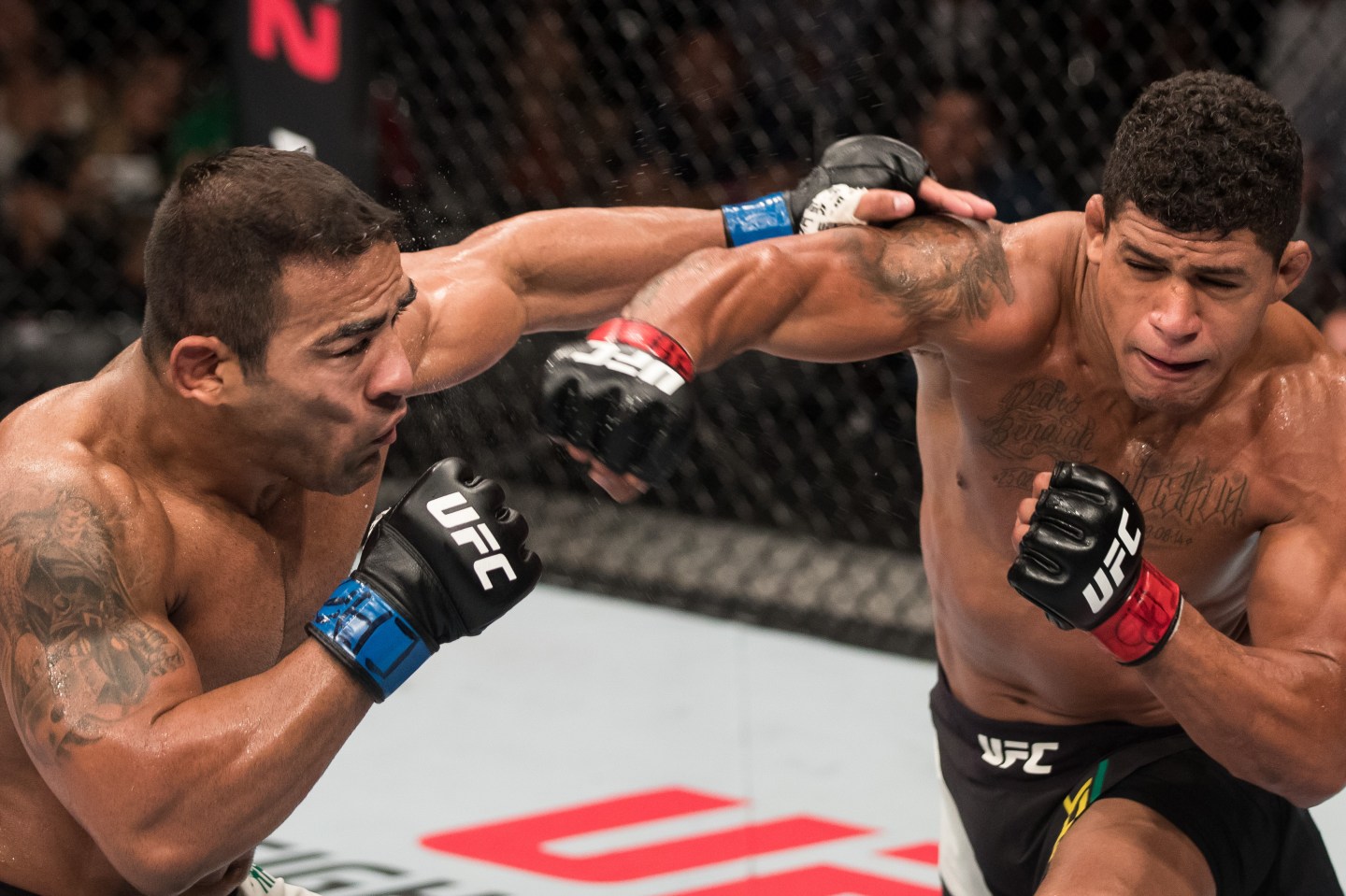 Some of Hollywood’s most famous celebrities really love the UFC, and now they want you to love it too.

Ben Affleck, Sylvester Stallone, and Conan O’Brien are just three of the 23 famous faces to invest in the ultra-violent mixed martial arts league formally known as the Ultimate Fighting Championship, the Wall Street Journal confirms. The wealthy stars are all clients represented by the WME-IMG Hollywood talent agency, which bought the UFC in July.

The A-listers buying ownership stakes also include Mark Wahlberg, directors Michael Bay and Tyler Perry, along with NFL stars Tom Brady and Cam Newton, Tennis stars Serena Williams and Maria Sharipova, and singers Adam Levine and The Weeknd, among several others, according to CBS Sports.

WME’s co-CEO Ari Emanuel told the Journal after his company bought the UFC, he asked some of his celebrity clients who were fans of the MMA league if they wanted in.

“They would always ask for tickets,” Emanuel told the Journal.

Founded in 1993, the UFC was once marketed as a “no holds barred” bloodsport where “anything can happen.” That drew the ire of lawmakers like Arizona Sen. John McCain and resulted in 36 states banning the league before it was sold to Las Vegas Casino tycoons Lorenzo and Frank Fertitta, who founded Zuffa, the UFC’s former parent company. After a huge makeover involving rule changes and new marketing strategies, MMA and UFC fighting became legal everywhere in the U.S. except New York—or at least initially. In March, the state lifted its professional MMA ban and is set to host its first UFC event at Madison Square Garden in November.

The Fertitta brothers bought the UFC for $2 million in 2000. They sold it to WME this summer for $4 billion. Private equity firms Silver Lake Partners and Kohlberg Kravis Roberts & Co. (KKR) also invested in the deal.

While the UFC’s popularity has grown immensely over the last 16 years or so—earning major ad deals with sponsors like Anheuser Busch (BUD) and Harley Davidson (HOG) along with an estimated $700 million TV contract with Fox Sports Media in 2011—it has yet to rival the NFL, NBA, or MLB in terms of revenue and popularity. The NFL generated a record $7.3 billion from TV broadcast revenue for its 2014-15 season, according to Fox Business, while the UFC only made about $100 million over the same period.

It appears WME is hoping mainstream celebrities like Affleck can help change that.

“I think it’s a mainstream sport now,” he said.