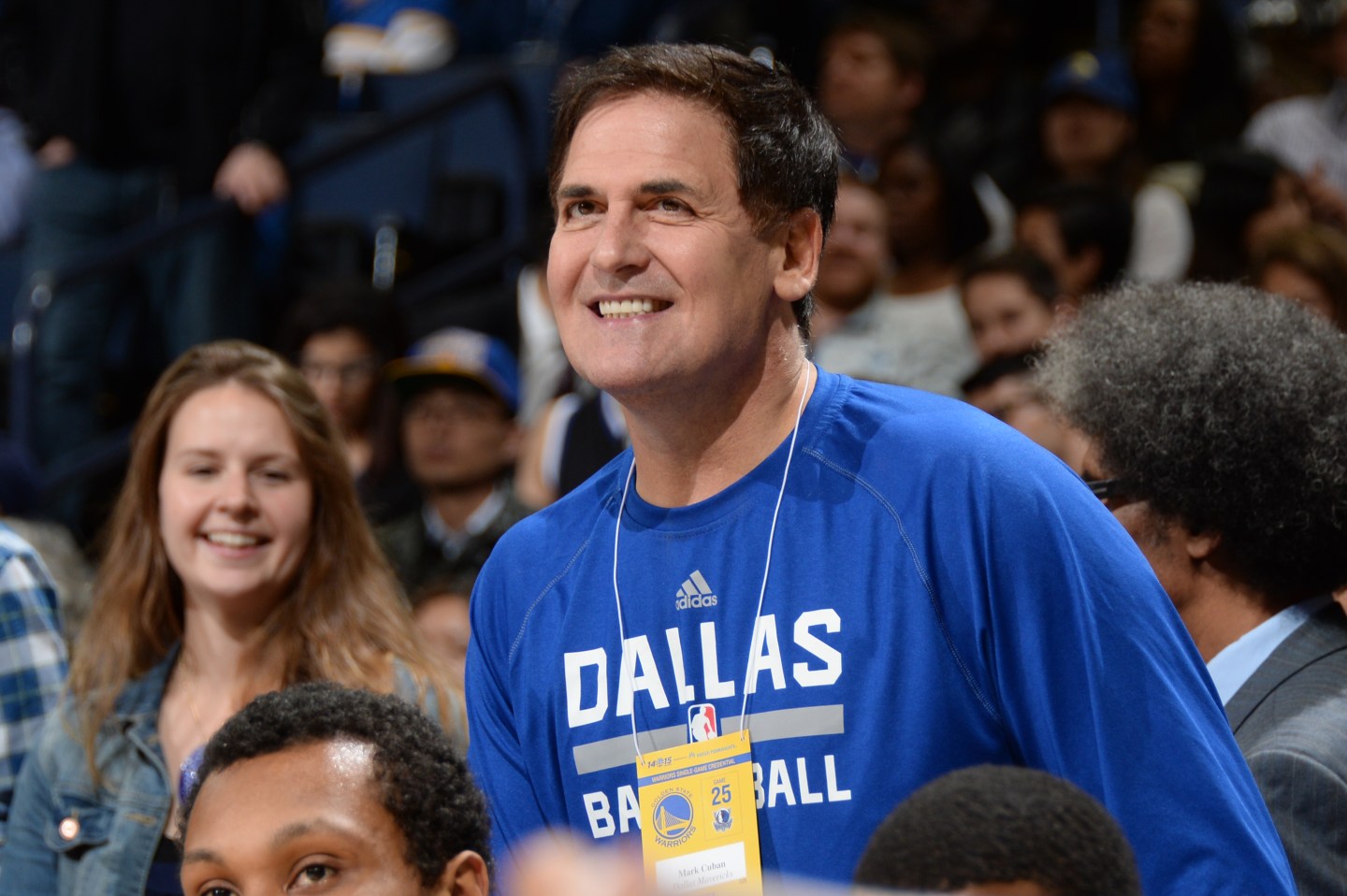 Mark Cuban, owner of the Dallas Mavericks, tells his team they have the right to protest the national anthem.
Photograph by Andrew D. Bernstein—NBAE/Getty Images

If the Dallas Mavericks refuse to stand during the national anthem, owner Mark Cuban will support them.

Cuban is referencing quarterback Colin Kaepernick, of the San Francisco 49ers, who decided to kneel during the national anthem back in August.

“I am not going to stand up to show pride in a flag for a country that oppresses black people and people of color,” Kaepernick told the NFL. “To me, this is bigger than football and it would be selfish on my part to look the other way. There are bodies in the street and people getting paid leave and getting away with murder.”

Although Cuban says he respects his team’s right to express themselves, he said he wouldn’t be kneeling himself during the anthem.

Other teams that have followed in Kaepernick’s footsteps include the WNBA’s Indiana Fever team and members of the Nebraska Cornhuskers. The Virginia Cavaliers basketball team also posted a photo on Twitter of the team kneeling “for equality.” It’s unclear whether the Cavaliers will kneel during the actual game.

But like Kaepernick and his supporters, the Mavs may also face regulatory backlash should they decide to kneel in solidarity with Kaepernick: NBA rules require its players to stand when the national anthem plays.