This Is How You Handle Getting Fired With Grace 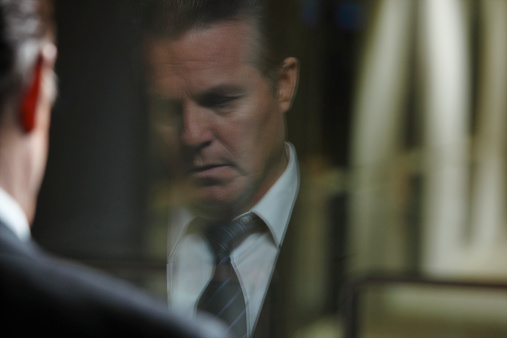 The management consultant our CEO had hired to restructure the company and deal with troublemakers like me walked into my office, closed the door behind him, and coldly said, “You may want to sit down.”

That’s how the meeting began and my first job as an executive at a successful startup ended. The CEO who brought me on board with great fanfare two years before didn’t even have the stones to fire me himself. Instead, he sent his lackey to do his dirty work.

To be fair, they gave me a nice package and called it a layoff, but I knew what it was: I’d become expendable. More trouble than I was worth. Maybe “toxic” is the better word. It’s true: I was young and arrogant. I had aggressively pushed to spin off my business unit as an independent company. Guess I pushed too hard.

That was decades ago. And while I didn’t realize it at the time, it was for the best. The CEO provided a good reference for me and, years later, I referred the board to an associate whom they hired to take my former business unit public (turns out I was right about its spin-off potential). The guy made a fortune in the IPO, then offered to buy me lunch. What a sport.

I used to think getting fired was a rite of passage for executives who push the envelope. Having since covered the comings and goings of hundreds of top executives, I’ve come to realize it’s really just business as usual in the corporate world. And since few speak openly on the subject, I wanted to share a few lessons I learned the hard way.

Related: Why We Still Need Bosses

Realize you’re not alone. Don’t be fooled by the press releases — many sudden resignations are thinly veiled ousters. I don’t have hard data to support this, but as a long-time insider, I can tell you that many, if not most, top executives are given two choices that end the same way. Of course, they choose to step down. Pfizer’s Jeff Kindler, Mark Hurd at HP, Nest CEO Tony Fadell, Zenefits founder Parker Conrad — it’s a long, long list. If it happens to you, don’t feel bad; you’re in good company.

Deal in the moment, not in the past. Soon-to-be-ousted executives usually know that something is up. Sometimes they’re in over their heads and are relieved when it’s over. Still, when it happens, that punch in the gut really takes the wind out of you. Take a deep breath, compose yourself, and start negotiating. Leave the past in the past, but use your years of accomplishments to get a better deal. You have more leverage than you think. Nobody wants enemies, least of all corporations with brands to protect.

It’s usually a blessing in disguise, but that’s not automatic. Steve Jobs once said that getting fired from Apple was the best thing that could have happened to him, but he left out one very important point: It’s a hell of a lot easier to play the victim who got screwed than take a good hard look in the mirror and face the truth that maybe you had it coming. If you handle it right, you’ll land on your feet and be better off for the experience.

Related: In a World Full of ‘Experts,’ Here’s Where the Real Wisdom Comes From

Avoid making mistakes you have to live with. A very wise former boss once told me that. He was glibly referring to a nasty divorce, but I’ve found it applies to business relationships as well. Keep your cool and don’t burn any bridges. Remember, it’s a small world and time heals all wounds. You’d be surprised how often people you once considered enemies turn out to be friends — with great connections.

However the relationship ended and whoever did what to whom, nearly every boss I’ve ever had ended up doing right by me, and vice versa. Likewise for those I sent packing over the years. You can’t help but take it personally at the time, but that doesn’t mean you should act like a wounded child. If you behave like a mature professional, it’ll pay off in the long run.