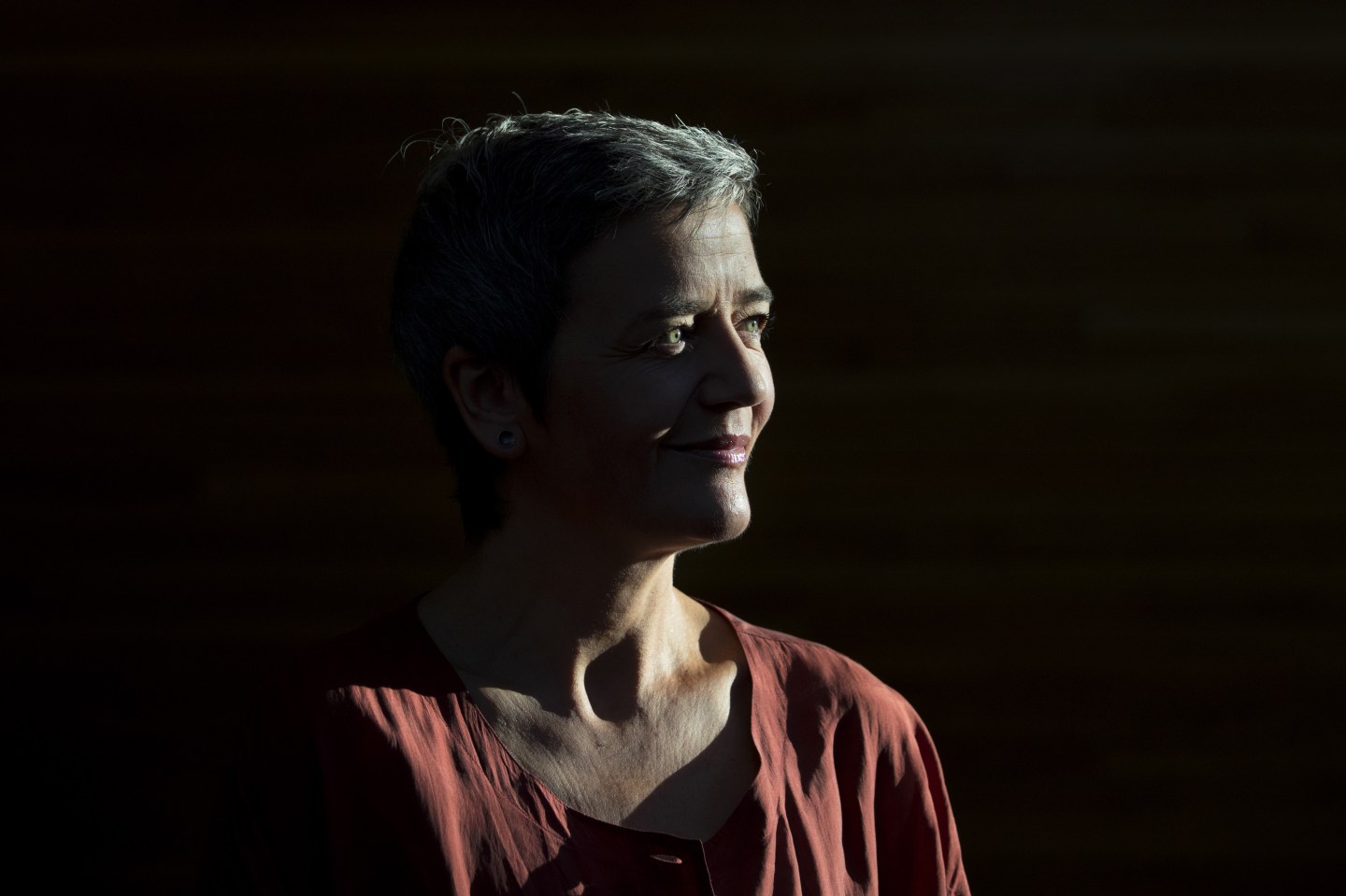 Photograph by Bloomberg Bloomberg via Getty Images
European competition czar Margrethe Vestager has taken a whole lot of heat since hitting Apple with a $14.5 billion bill for back taxes it owes to Ireland. The Obama administration, for one, said the action was “unfair, contrary to well-established legal principles, and calls into question the tax rules of individual [EU] member states.” Apple CEO Tim Cook, in pledging to appeal the decision, used even harsher language to blast the tax bill, calling it “maddening,” “wrongheaded,” and an “unbelievable” instance of overreach by the European Commission.

Vestager has answered such criticism by relying on the principle of fairness; insisting that the Commission changed no rules as it dealt with Apple. “It is a question of paying unpaid taxes,” she has said.

The former deputy prime minister of Denmark was steadfast in her defense of the fine again on Thursday when she spoke at the Financial Times’ Women at the Top conference in London. Though she did provide a peak at how she considers the size of the fines she’s levied against Apple—whose penalty equals Ireland’s annual health care budget—and other companies like Gazprom, which faced a $7.6 billion fine, and a group of truckmakers including Daimler and Volvo/Renault, which was told to fork over $3.24 billion.

When asked how she balances the letter of the law with the market damage a big fine could potentially do, Vestager said she views financial penalties as a tool of deterrence.

A penalty shouldn’t be just “another line in a spread sheet.” If that’s the case, she said, why would companies not engage in all sorts of foul play? A fine, she said, should be something “you don’t want to present at the next board meeting.”

Vestager also denied that her recent enforcement actions against corporate behemoths are some sort of answer to the rising populist tides throughout the continent. She said her decisions are steeped in the facts of a case to ensure they stand up in court. “Party politics of the day have no role to play,” she said.