EU Hits Daimler and Others With Record $3.2 Billion Cartel Fine 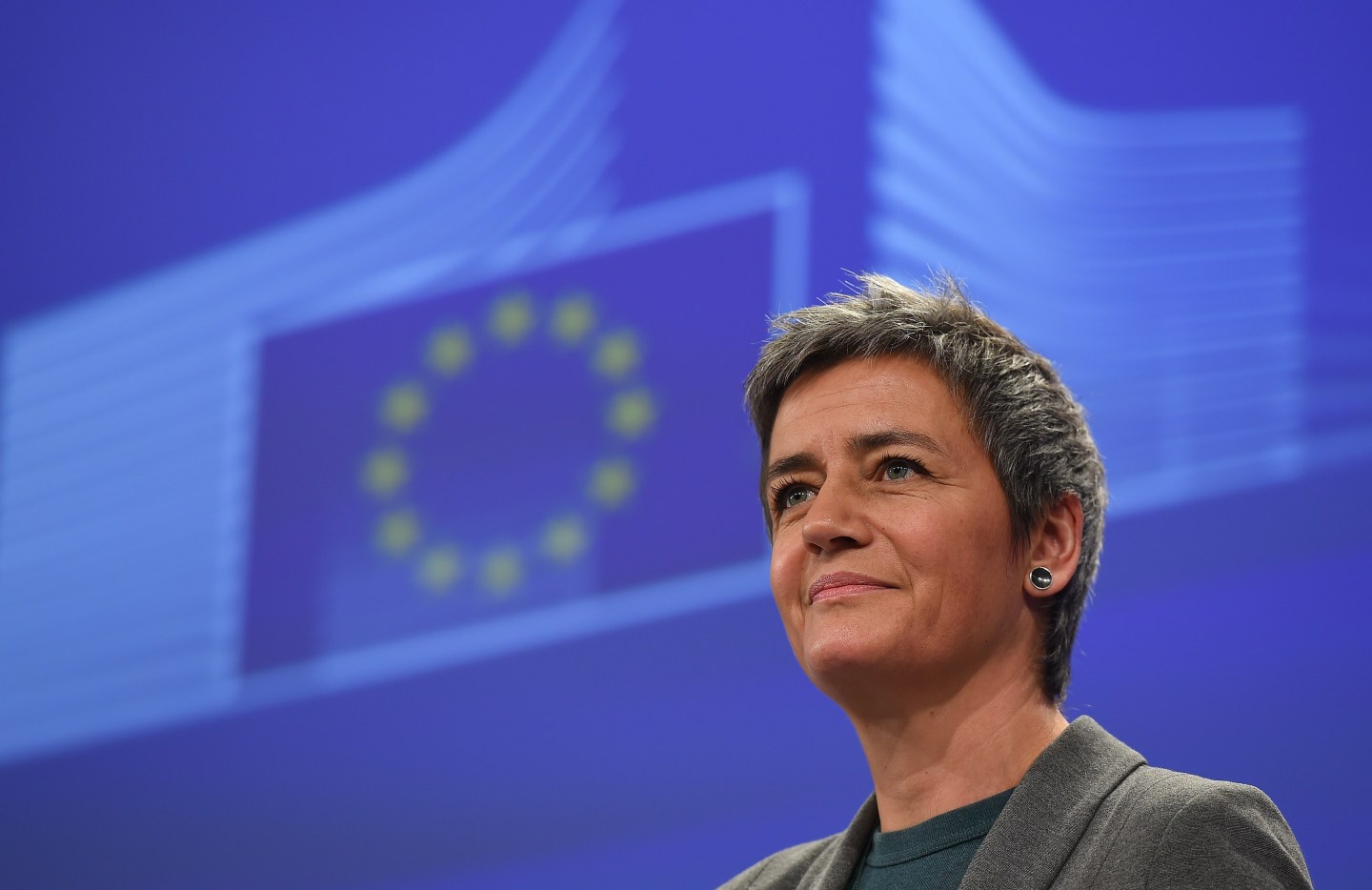 The European Commission has issued its biggest-ever antitrust fine, hitting four truck manufacturers with a total penalty of €2.93 billion ($3.24 billion) for illegal collusion between 1997 and 2011.

Daimler (DDAIF) is the hardest hit, as it will have to pay just over €1 billion. The others are DAF, Iveco, and Volvo/Renault. MAN, which is owned by Volkswagen, escaped a fine as it was the whistleblower.

“It is not acceptable that MAN, Volvo/Renault, Daimler, Iveco, and DAF, which together account for around 9 out of every 10 medium and heavy trucks produced in Europe, were part of a cartel instead of competing with each other,” said Margrethe Vestager, the competition commissioner.

“For 14 years they colluded on the pricing and on passing on the costs for meeting environmental standards to customers.”

Specifically, the Commission found that the manufacturers had coordinated the factory pricing of medium and heavy trucks in the European Economic Area, which extends to non-EU countries such as Iceland, Switzerland, and Norway.

They also coordinated the timing and passing-on of costs for complying with new EU emissions standards. This had nothing to do with the lingering scandal over the use of so-called defeat devices to cheat automotive emissions tests.

For more on antitrust, watch our video:

“Between 1997 and 2004, meetings were held at senior manager level, sometimes at the margins of trade fairs or other events,” the Commission said in a statement. “This was complemented by phone conversations. From 2004 onwards, the cartel was organised via the truck producers’ German subsidiaries, with participants generally exchanging information electronically.”

The fines include various reductions in line with the companies’ admissions of guilt and liability.

Still, they are higher than the amounts reportedly set aside by the companies. Daimler in particular looks set to pay out around €400 million more than it originally planned for.