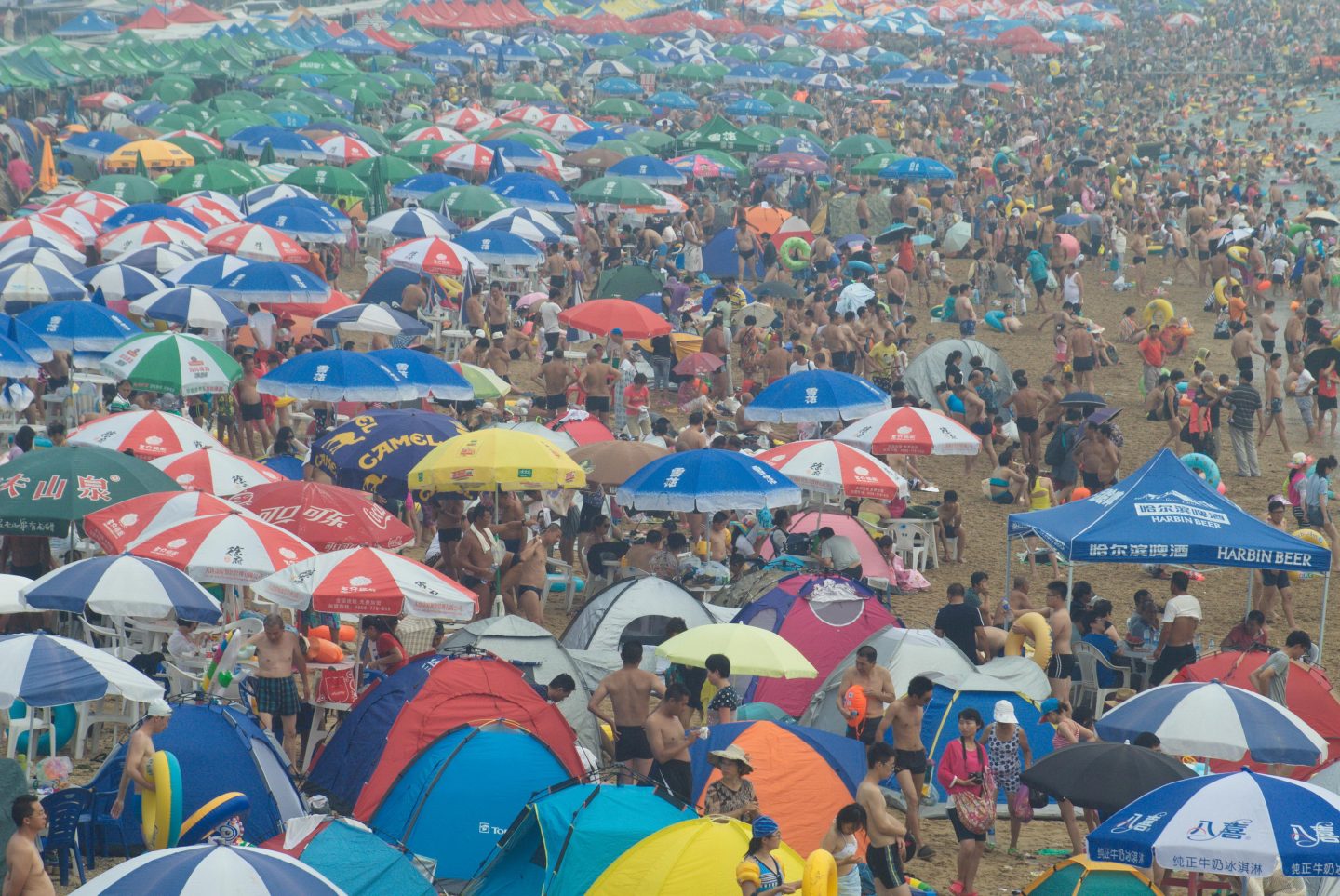 Chinese tourists will soon flood Asian and overseas countries, as the country’s markets and business shuts down for a weeklong holiday beginning tomorrow to celebrate the Communist Party’s rise to power.

A record 589 million Chinese are expected to travel during the holiday, estimates the China Tourism Academy. That’s almost half the population and a 12% bump over last year. They will spend $70 billion, up 13.5% over 2015, almost $125 for every household across the country.

Chinese travelers listed older tourist spots as top domestic destinations—places such as the Forbidden City in Beijing and the ancient city of Lijiang in the south—but they also cited the newly opened Shanghai Disneyland.

See also: Here’s What Apple Is Doing at its First Research Center in China

Not all stay in China, however. Last year 4 million Chinese traveled abroad during the holiday, and the number is expected to grow this year. The online travel site Ctrip.com ranked Seoul, South Korea, and Phuket and Bangkok, Thailand, as the top destinations for Chinese. (Over the full year, Hong Kong, Macau, and Thailand rank among the top countries for Chinese tourists, according to Nomura and CEIC.)

Already, the number of Chinese traveling overseas in the first half of the year hit 59 million, up 4%, according to the National Tourism Administration.

Both Chinese and foreign companies have long catered to the heavy travel period. This year is no different.

And if past years are any indication, get ready for pictures documenting what it looks like when almost 600 million people hit the road.