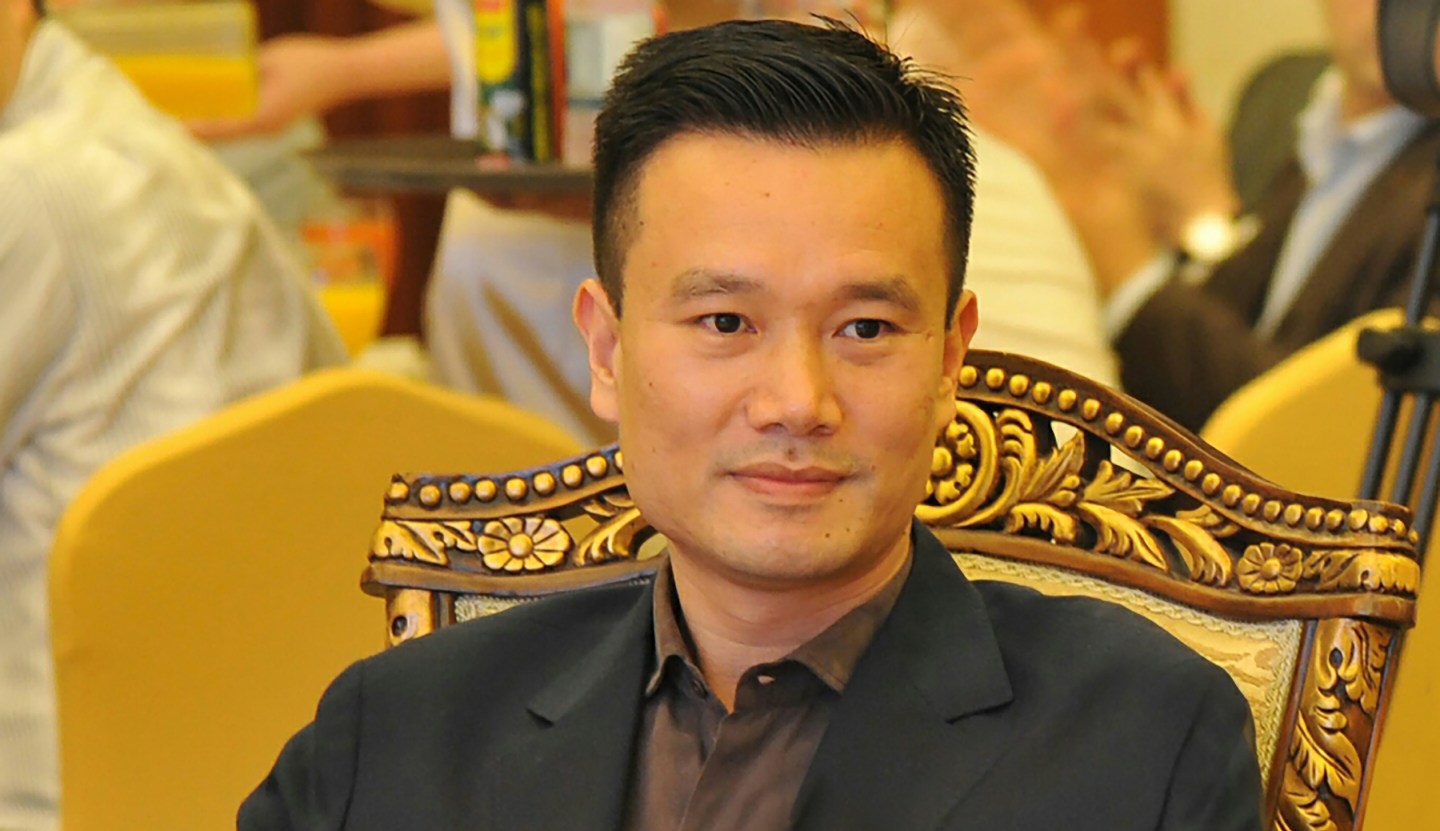 They were unusual investments for a Chinese oil company.

Over the course of just one week last fall, CEFC China Energy became Prague’s hottest investor, buying the Czech Republic’s top soccer club, Slavia Prague; a Czech publishing house; a couple of Renaissance-era historic buildings; one of the country’s oldest breweries; and biggest of all, a controlling interest in Prague’s J&T Finance Group, making CEFC the first private Chinese company to own a European bank. The company’s spending totaled $1.5 billion when all was said and done.

The shopping spree played out against a noteworthy political backdrop. The Czech Republic’s leftist government was encouraging Chinese investment. And China was launching diplomatic efforts to expand its world influence by reviving the old Silk Road trading route through Central Asia into Europe.

CEFC may be privately owned, but in Prague it was a cog in the Chinese government’s plan, and happy to be. In fact, aligning itself with the government has been central to the company’s strategy to become China’s newest oil power. CEFC ranks #229 on the Global Fortune 500 list, with $42 billion in revenue in 2015, double its 2012 total. Its global reach has continued to grow: CEFC now owns a couple thousand European gas stations, many bought from Kazakhstan’s state oil company, along with a one-million-ton oil storage system in Spain and France that expands China’s connections with the world oil supply.

Behind the strategy is CEFC’s founder, Ye Jianming, who ranks at No. 2 on the Fortune 40 Under 40 list this year, thanks largely to his company’s remarkable recent rise. “We closely follow the national strategies. So we‘ll map out our corporate strategy according to the national ones,” Ye told Fortune this September, in his first interview with a Western media outlet. He speaks matter-of-factly, describing CEFC’s plans the way an American CEO might on a roadshow with investors.

The 39-year-old Ye stands out as much for the intrigue around him as for his success. He bought oil assets in China while only in his twenties, rarely makes public appearances, and avoids the typical lubricants of Chinese business, alcohol and smoking. Reporters and researchers have also raised questions about about ties between Ye and CEFC and nationalistic elements of China’s People’s Liberation Army — connections that can confer power and prestige in China, but can make for awkward optics in the eyes of potential partners overseas.

Ye’s rise illustrates in vivid terms how tightly aligned China’s government and private companies continue to be, especially when doing business offshore, and also how similar the country’s private companies can look to their state-backed competition.

For decades, China’s oil industry has been dominated by its state-owned oil giants, PetroChina, Sinopec, and CNOOC. Like China’s other state-owned enterprises (SOEs), the giants have huge advantages — among other things, China’s state banks extend loans to them with indefinite repayment terms. But they adapt about as quickly as Nixon-era General Motors, and private players like Ye’s CEFC are chipping away at their market share.

Ye doesn’t seek publicity for that, he says. He feels more comfortable staying home studying Confucius or Buddhism than attending business dinners, which he avoids by sending lieutenants in his place. He has black eyes, a strong rectangular face free of wrinkles, and swept-back black hair. He speaks quietly and punctuates the end of sentences with a brief silence before a concluding, Ahh.

Ye founded CEFC in his twenties. After a brief stint with the forest police in his home southern province, Fujian, he says he bought oil assets from auction once owned by a businessman named Lai Changxing, who fled to Vancouver in 1999 to avoid arrest after authorities discovered that he ran a large smuggling ring. (Lai was eventually convicted and sentenced in China for smuggling and bribery.) Ye got the funds for the purchase from wealthy investors in Hong Kong and Fujian, a province with a reputation for producing astute businesspeople. Ye pitched to those investors an oil business that would operate alongside China’s state oil companies, in the gaps those companies left open.

At the time, China was hungry for crude, but its state-backed companies were having difficulty closing some deals abroad. The optics of China’s state-backed giants marching into a country to buy and extract oil weren’t great for central Asian politicians. This paved the way for private, under-the-radar firms like Ye’s, which can strike oil deals in Europe and the Middle East where SOEs would bring political liabilities.

CEFC has signed agreements for oil rights or done deals in Kazakhstan, Qatar, Russia, Chad, Angola, and Abu Dhabi, and gone into ventures with China’s state-owned giants to transport oil and gas back to China. CEFC doesn’t have the right to sell directly in China, so it either stores the oil or sells it to the market through one of China’s SOEs.

After several years of economic malaise in Europe following the 2008 global banking crisis, European energy assets started coming up for sale. “They decided to sell their refineries and gas stations,” Ye says. “This wouldn’t happen in China. In China, oil exploration, refining and sales are all monopolized by the SOEs.” CEFC is building an energy storage and logistics system in Europe from its second headquarters in the Czech Republic to create an exchange between China, Europe and the Middle East. That, in turn, serves China’s ambitions to have overseas storage locations connected with world markets.

The alignment with Beijing has paid off. CEFC’s won a license to import crude into China in the last year, a potentially lucrative venture. China is the world’s second-largest consumer of crude behind the U.S., but declining profits and margins at the country’s oil SOEs are increasing the pressure for reform.

CEFC says almost two thirds of its $42 billion in revenues last year came either from the agreements it has with foreign governments to oil rights, the oil and gas transportation networks it runs, or its oil storage business. Its Singapore-based oil-trading desk is also one of the biggest affiliated with a Chinese company. “The Chinese government now wants to reform, and they are inviting independent companies to play a bigger role in the industry,” says Oceana Zhou, a writer at commodities research firm Platts.

CEFC may be a product of reform, but to a surprising degree it outwardly looks quite a bit like its state-backed competitors.

It has a Communist Party Committee and a Youth Committee, which are staples of SOEs. The company awards staff prizes such as “Model Worker,” “Excellent Party Member” and ping-pong champion. To describe its parent company-subsidiary model, it uses the phrase “One Company, Two Systems” —an echo of the phrase China’s government uses to describe Hong Kong’s autonomy (“One Country, Two Systems”).

CEFC’s culture emphasizes military-style regimentation and promotion. In the past, it hired former military officers as consultants and managers. In July 2014, I had dinner with a young former army officer now running one of CEFC’s regional divisions. He got drunk on expensive red wine and Chinese grain liquor in the stiff manner of an officer, fighting the flushness to intoxication as he smiled and talked. Questions about the business were deflected. It was time to drink! I left thinking this ascendant company was different than the private tech and services companies that get most of the press in China: It knew business would be good, and didn’t need publicity.

CEFC’s hiring of former military brass and its Communist Party influences can be interpreted a couple different ways. In one, CEFC is a de facto tool for the state to cut deals around the world, which would make it one of many Chinese private companies expanding abroad with the help of unclear government relationships. In the second, CEFC really is a private player, but casts itself as close to the government because it’s good for business.

The second explanation appears more probable, though conversations with Ye don’t do much to clarify the blurry lines. Ye says CEFC may not even be an oil company in the future, and might instead focus on its fledgling investment bank division, which already has investments in the energy sector. Such a strategy would explain CEFC’s Czech investments. But those same investments were also in tandem with the government’s $4 trillion One Belt One Road foreign investment program.

“We have to look at geopolitics,” Ye says. “If one day the Czech Republic goes against China, we need to pull back our investments to rethink our strategies there.”

Geopolitics also lead Ye to speculate on the U.S. presidential election. Company executives are watching the election closely. “Once Madame Hillary steps into her office, because she is anti-Russia … oil prices will be coming down,” he says. “Because Mr. Trump is pro-Russia … if he’s elected the oil price will go up.”

At times, having close links to the government has created tensions for Ye. CEFC runs a think tank called China Energy Fund Committee. One of its analysts was Dai Xu, a former senior air force colonel. Writing under the pen name Long Tao in 2011, Dai advocated using force in the South China Sea, a hot-button issue in those contested international waters, where half a dozen countries claim territorial rights.

But it is Ye’s own potential military ties that have generated the most intrigue. After CEFC’s weeklong investing spree in the Czech Republic, Czech news organizations reported finding an old biography listing Ye as deputy secretary general of an association close to the People’s Liberation Army. That group, the China Association for International Friendly Contact (CAIFC), bills itself as a forum to connect high-level military and political figures in China with those abroad. But it is essentially an influence and propaganda platform, writes Washington, D.C.-based researcher Mark Stokes of the Project 2049 Institute. Stokes says that related departments engage in political warfare, including spreading propaganda and recruiting potential intelligence sources, to serve goals including China’s ultimate aim of reunifying China and Taiwan.

A connection to this group would cast a shadow over the perception of Ye and CEFC in some countries where the company operates. But in conversation with Fortune, Ye denies having such ties. He says he was invited to become a director on CAIFC, but declined. He believes CEFC’s smaller partners in China have tried to inflate his role with the government for their own benefit, which is why his name appeared in the old biographies.

“Actually,” he says, “I’ve received invitations from the People’s Congress, the People’s Political Consultative Conference, associations related to foreign affairs, the institute of international relations in China….all to undertake some role or duty in their organization.” He says he declined all the invitations.

Even without such ties, CEFC’s close alliance with the government is likely to continue to generate concern as the company grows. China’s desire to hoard crude oil for its strategic purposes is no secret. And the fresh-faced Ye has positioned himself in the middle of China’s economic and political desires — the exact place he wants to be.