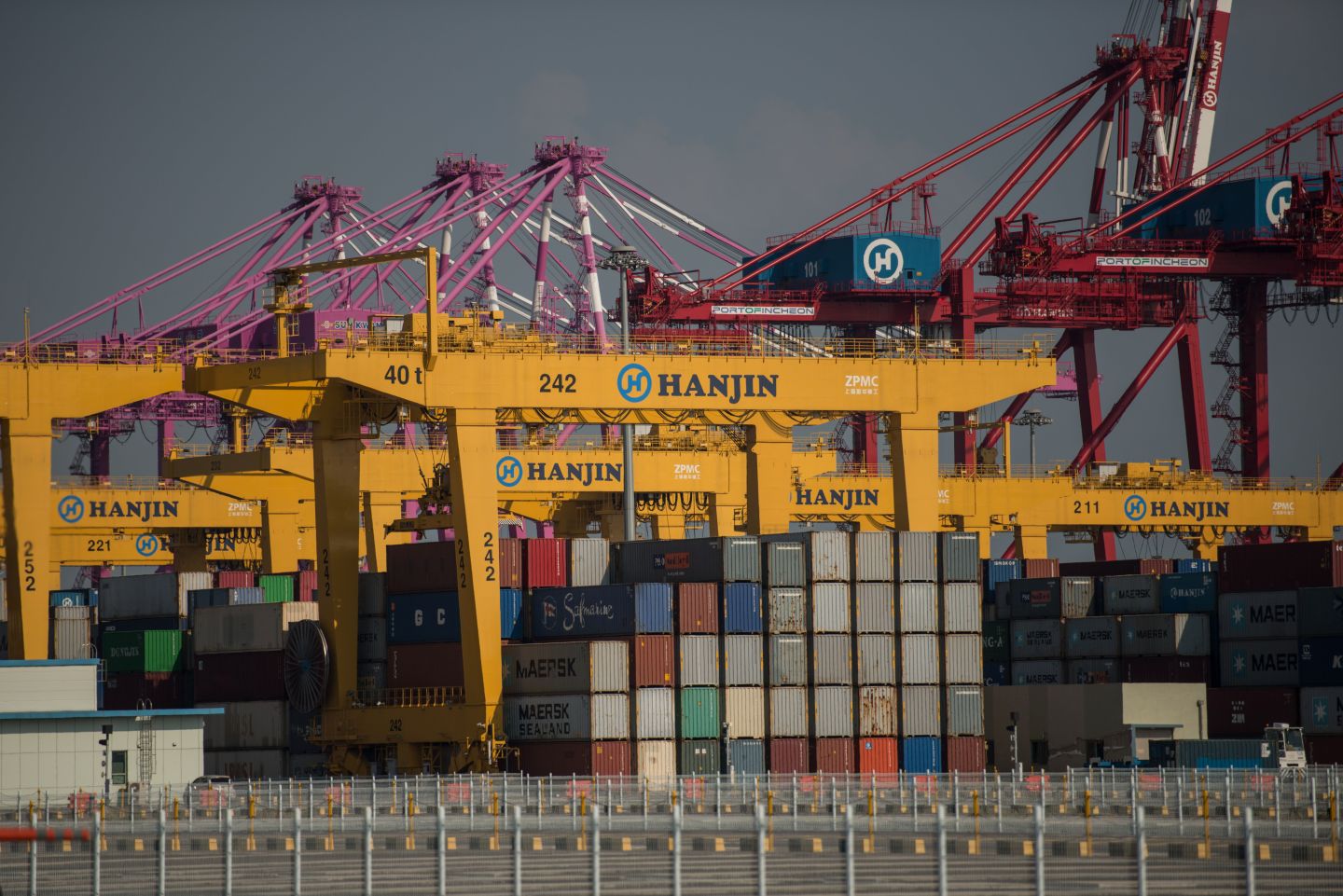 This picture taken on September 3, 2016 shows a general view of the Hanjin Incheon Container Terminal in Seoul. The problems that sank South Korea's Hanjin Shipping this week could be just the tip of the iceberg, analysts say, with the long-running global economic downturn having left the industry drowning in excess capacity. With growth refusing to budge and consumer demand still slack, the world's freight carriers have more ships than they can fill -- a quarter of cargo space lies empty. / AFP / Ed Jones / TO GO WITH AFP STORY: Shipping-Logistics-Trade-SKorea-Hanjin / FOCUS by Elizabeth LAW, Martin ABBUGAO (Photo credit should read ED JONES/AFP/Getty Images)
ED JONES/AFP/Getty Images

The late, great Speaker of the House, Tip O’Neill, once famously quipped that Social Security was “the third rail of politics: touch it, and you die.” Well, in this new highly charged election season, we seem to have found a new third rail: free trade.

The nominee of the Republican party—the party that once hailed free trade as the driver of economic growth—has told voters all across the Rust Belt that America’s trade agreements have merely shipped their jobs in cheap packing crates to China and Mexico. The Democratic nominee, meanwhile, has abandoned her once-staunch support of regional tariff-slashing agreements—including the Trans-Pacific Partnership, which President Obama is still championing.

The often-virulent protectionist rhetoric matches that of anti-globalists around the globe—the same political winds that have given us Brexit, and now threaten a Frexit, and spread worry over the fact that tortillas outsell hamburger buns in America.

And the rhetoric is working—if the aim is to slow down global trade and, ultimately, world economic growth. As we pointed out in yesterday’s letter, the World Trade Organization now expects global trade to inch up by 1.7% this year, down from the 2.8% rate it had previously forecast—which, if so, would be the first time in 15 years that international commerce will grow slower than the world economy. For comparison, real world trade grew twice as fast as global GDP between 1985 and 2007, according to a new report by the International Monetary Fund.

While most of the decline is due to weaker economic activity and investment across the board, at least some can be traced to wall-building. “The slowdown in the pace of trade liberalization and the recent uptick in protectionist measures are holding back international trade in goods,” says the IMF, “even if their quantitative impact thus far has been relatively limited.”

So what can business do to reverse the tide? Yesterday, GE CEO Jeff Immelt offered one suggestion at a discussion hosted by the Council on Foreign Relations in Washington, D.C.: “We have a responsibility to tell our story better than we have so far,”—but tell it, as Immelt explained, “not horizontally” (to like-minded audiences at CFR), but, rather, vertically: up and down company reporting lines.

“We have to start in our towns,” Immelt said. “And then we’ve got to get 15, 20, 30 other companies that are as articulate and willing to advocate for [free trade], because everybody in Ohio should understand how important it is to be a part of this enterprise. Because we have a lot of jobs in Ohio.”

And how many of those are export-focused? “100 percent,” he said.