Google Doubles Down on Enterprise by Re-Branding Its Cloud 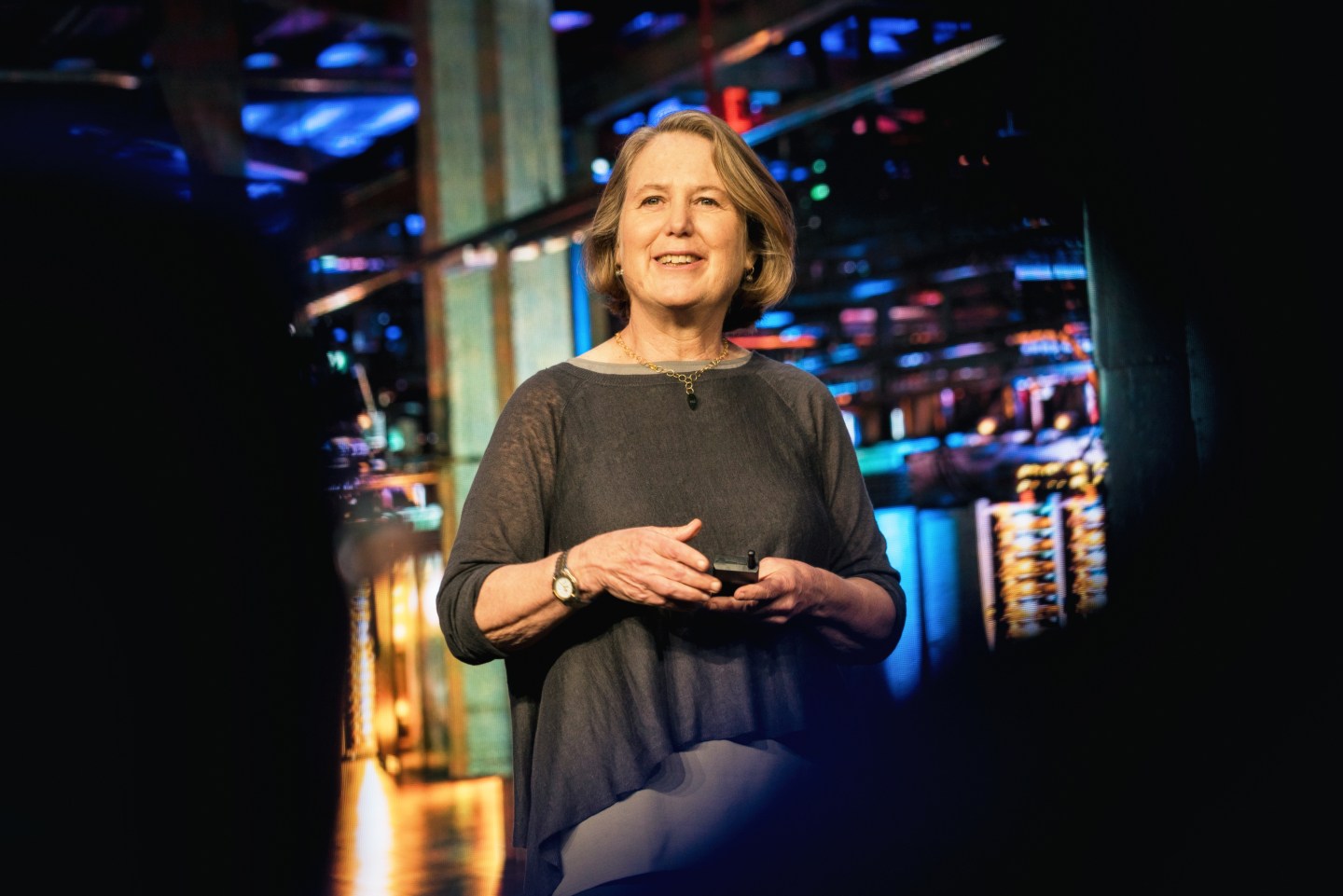 If there’s one thing that drives Google’s head cloud chief Diane Greene bananas, it’s the idea that the search giant is not serious about becoming a big business technology provider.

Since joining Google last fall, Greene, speaking Thursday at a press event in San Francisco, said she’s talked to over 200 customers and partners about Google’s various enterprise services, from its work document tools to its cloud computing business in which companies can buy computing capacity on demand.

Greene said that Google (GOOG) would “blow customers away” with the amount of tools and services they have to sell. Yet after each discussion, the companies would inevitably ask “Is Google really serious about the enterprise?”

“It was kind of driving ourselves crazy,” Greene joked to the crowd of reporters, analysts, and business representatives.

Of course, Google has long tried to make a healthy business selling workplace software services like spreadsheets and email to companies. Although those services are popular, most people still consider Google to primarily be an Internet search and advertising company.

Greene wants to change that perception and part of that has to do with a re-branding, which technology news site The Information reported in September was in the works.

Now, Google will group together its business apps like Gmail and Calendar under the brand name G Suite, replacing the Google Apps for Work branding. G Suite will also fall under the overarching Google Cloud branding, which is an umbrella term that covers all of the search giant’s various business services like its data analytics tools, Chromebook laptops and Android phones, and cloud computing business.

“When we said this to everybody at Google, there was no question,” Greene said about the rebranding. “Everyone feels that we are Google Cloud.”

Greene and other Google executives like senior vice president of technical infrastructure Urs Hölzle spent the morning bragging about Google’s various technical prowess when it comes to cutting edge technology like machine learning, data center networking, and a popular technology called containers that helps developers and IT operators more easily and efficiently build and manage apps.

Greene said Google powers around 30% of the world’s Internet and reaches many places in the world like Saudi Arabia.

She also compared Google’s cloud computing service to current market leaders Amazon Web Services (AMZN) and Microsoft’s (MSFT) Azure, saying that the three cloud providers currently have about 5% of the total available IT market, which she said was valued in the trillions of dollars.

Last week, Oracle (ORCL) CEO Larry Ellison said that Amazon Web Services is the number one competitor of Oracle’s cloud computing service and he largely ignored discussing Google and Microsoft as competitors. Google did not mention Oracle during its Thursday event.

Echoing similar statements made this week by Microsoft CEO Satya Nadella, Greene also said Google is excited to “democratize” machine learning, a subset of artificial intelligence that helps computers absorb large amounts of data and learn from the information.

Besides announcing several new updates to its various business-related tools—like a feature that automatically predicts what work document you might be looking for and preemptively sends you the file—Google executives talked about how much money they are spending on improving and building new data centers. “In 2015, Google spent $9.9 billion dollars, just shy of Amazon and Microsoft if you add them together,” Greene said.

The business of cloud computing requires enormous data center facilities that can accommodate automatically distributing computing resources in times of high demand from customers. Google executives said that Google’s investments in its data centers have resulted in the company being able to upgrade their facilities behind the scenes without impacting customers.

However, it should be noted that Google, like other cloud providers, occasionally suffers from cloud outages, like two that occurred in August and April, due to unforeseen software bugs resulting from routine maintenance.

The goal is to open “roughly one new region per month,” Hölzle said. “We will keep that pace for a while”