Coke and Dunkin Donuts Are Teaming Up for Cold Coffee Drinks 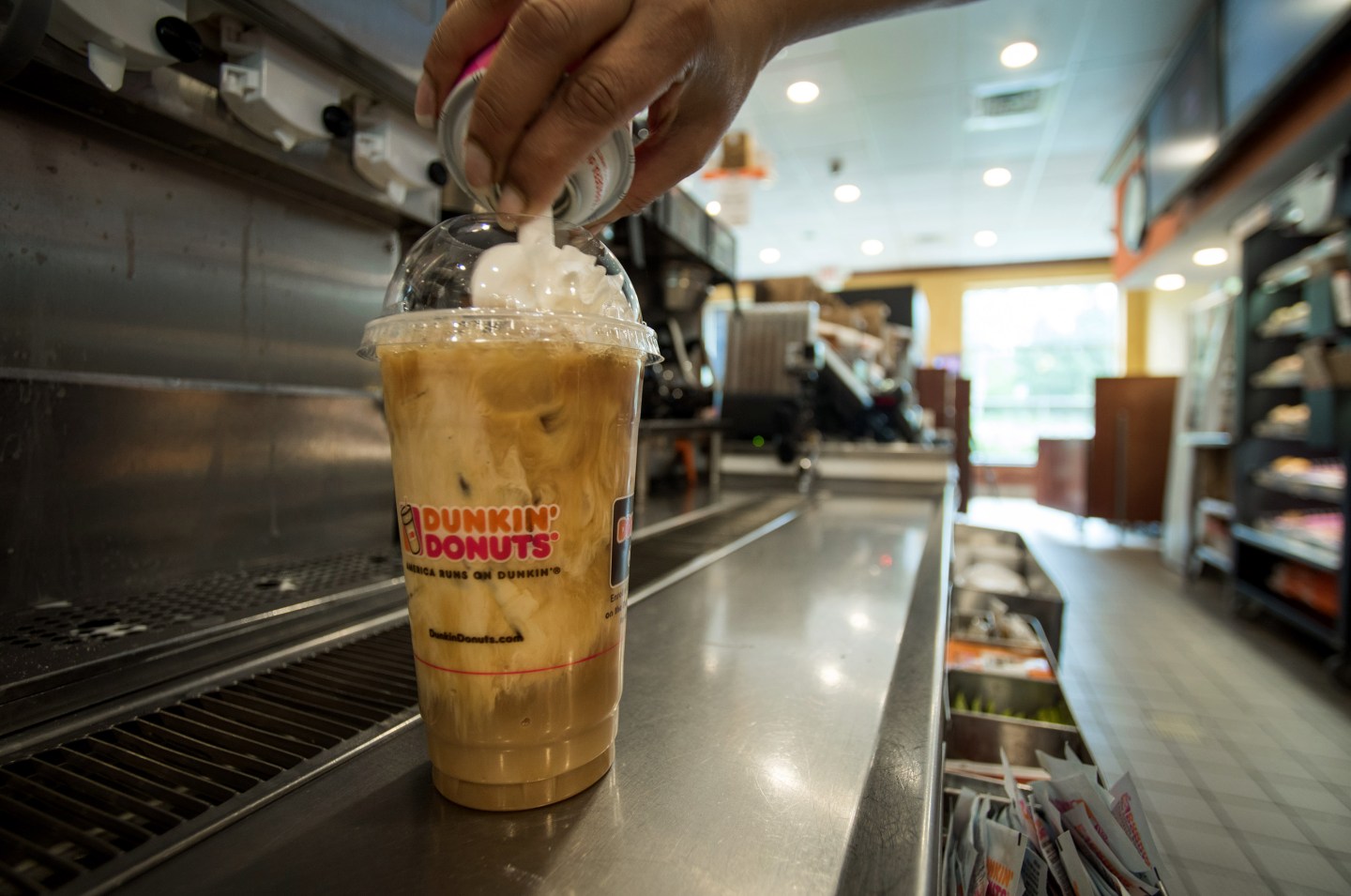 Dunkin’ Brands Group said its donut chain will partner with Coca-Cola to launch a line of cold coffee beverages in the United States, its first foray into the ready-to-drink coffee market.

The Dunkin’ Donuts chain operator said the beverages, set to launch in early 2017, will be manufactured, distributed and sold by Coca-Cola.

The bottled iced coffees will be sold at grocery, convenience stores and Dunkin’ Donuts restaurants.

Dunkin’ said it would equally share net profits from the sales of ready-to-drink coffee sold outside its restaurants with select U.S. Dunkin’ Donuts franchisees.

Under the deal, Coca-Cola will produce the coffees using Arabica coffee blends, the donut chain operator said on Thursday.