A Few Good Reasons to Nap at Work 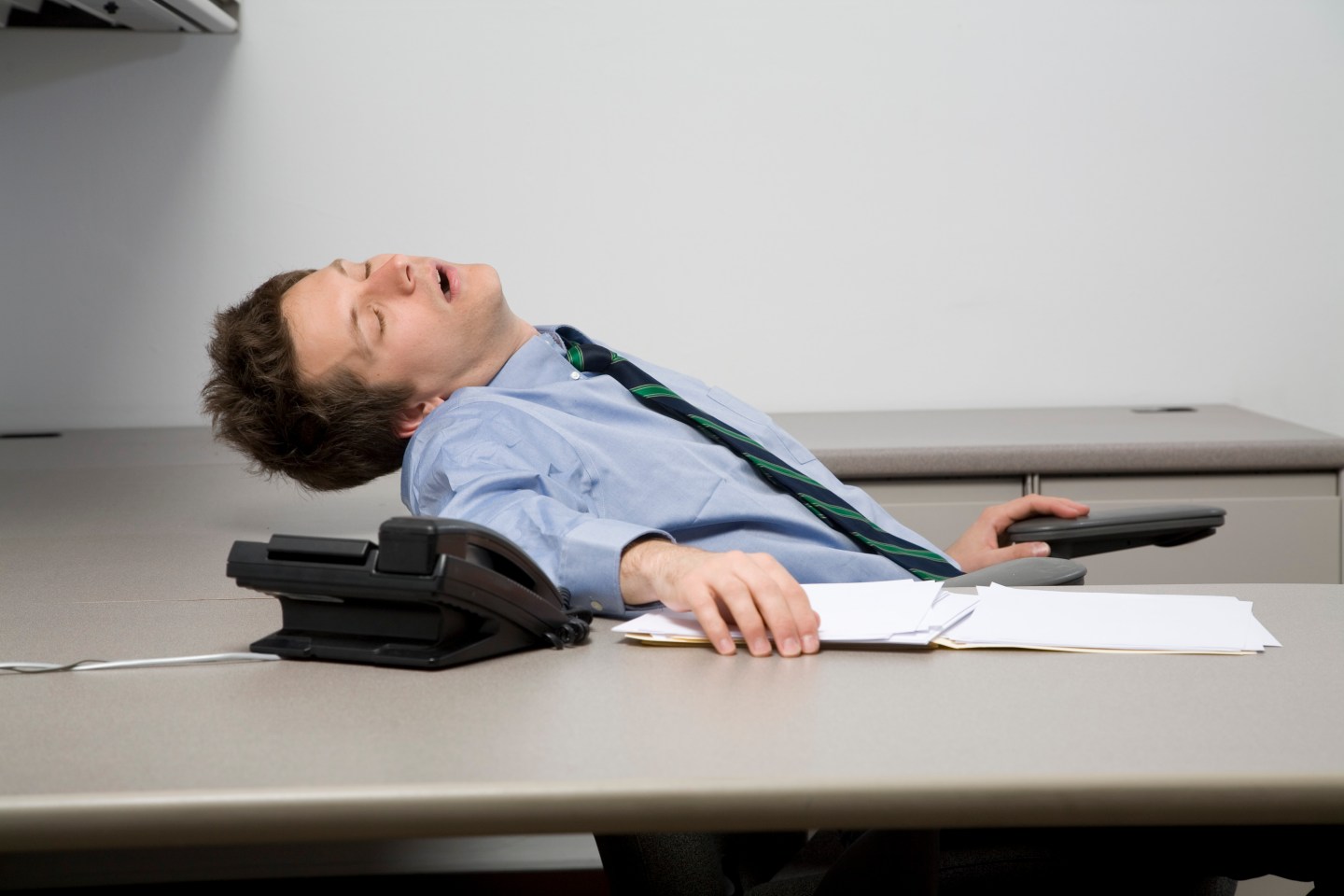 Scientific tests rarely come to unequivocal conclusions, but when it comes to sleep, the verdict is in: Shuteye has a ton of health benefits to it, and we don’t get enough of it.

Consider finding some time to take a nap.

Naps, even short ones, can yield some of those benefits. A daytime power nap can improve memory in much the same way regular sleep does, a recent study found.

Another study using athletes as subjects found that napping could improve brain function and promote physical and mental recovery. Naps have also been found to boost mood and creativity.

Most humans have consolidated sleep into one time period (nighttime), but our bodies are hardwired for two periods of sleepiness, so a nap between 2pm-4pm fits within your body’s natural rhythm.

During short naps, try sitting upright, particularly if you want to jump right back into work when you wake. Studies have shown that lying down increases the chances you’ll fall into deeper sleep.

Are you dreaming? That should only occur during long, deep bouts of sleep. If you find yourself dreaming during these cat naps, that could be a sign of sleep deprivation.

Although an hour of sleep in the afternoon might be ideal, chances are you don’t have the time or the room under your desk. Thankfully a 10-to-20 minute nap will suffice if you want to feel refreshed.

Twenty minutes also happens to be the approximate amount of time it takes for your body to absorb caffeine. If you can’t give up your afternoon coffee run, a coffee nap might be the thing for you. It’s pretty straightforward: Drink a cup and take a twenty-minute snooze. (Here’s a good explainer on the magic of the coffee nap.) In a few different studies, participants who took coffee naps performed better on memory tests and driving simulations.

Whether you’re a traditional or coffee napper, the good news is, it’s become less taboo to take a nap at work. Perhaps that’s because fatigue-related productivity losses cost employers an estimated $1,967 per employee per year.

Napping rooms are popping up at offices, and open office plans often include space for phone calls or privacy that could double as sleeping space.

If all else fails there’s always the Ostrich Pillow – it’s a pillow that slips over your head. It winds up in every article about napping at work, but we’ve yet to see one used in the wild. Someone has to be first.