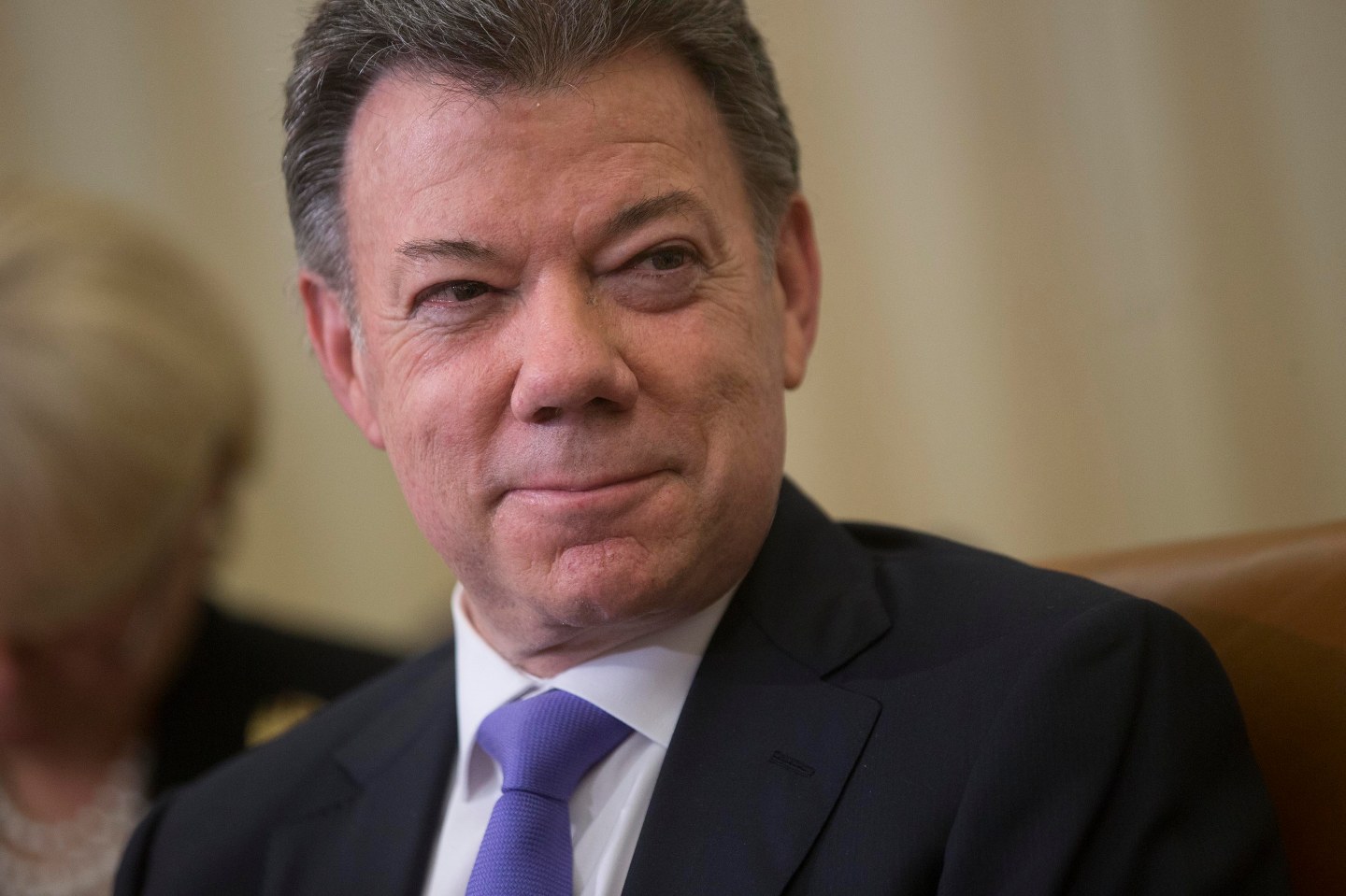 Veterans of Colombia’s FARC guerrilla army could soon be making a living as eco-tourism guides, beef processors or cheese makers under plans by the Marxist group to invest in economic projects once a peace deal takes hold.

Vast swathes of rural land abandoned for decades because of war will be open to development, including by ex-fighters from the Revolutionary Armed Forces of Colombia (FARC) working on communal farms and other initiatives funded by the group.

The deal will be put to a public vote on Oct. 2 and is expected to be approved.

The economic projects, many planned for the future and some already functioning, will be run by the FARC to provide jobs to some of its 7,000 former fighters.

Financing will come from the FARC’s own funds and demobilization money earmarked for individual ex-rebels under the peace agreement.

Many fighters have little education and come from poor, rural families so they need employment options to resist the profitable pull of drug trafficking, kidnapping and extortion.

“We have to be involved in the economy,” FARC commander Mauricio Jaramillo told Reuters in the jungle outpost of El Diamante, southern Caqueta province.

“We have to push an assured and positive development so we don’t head down the wrong path,” he said, declining to expand on specific projects or say how much would be invested.

Deep social inequality and lack of opportunities for rural Colombians sparked the creation of the FARC in 1964, and many fear disenchanted former rebels will join drug-running crime gangs unless there are economic alternatives.

The FARC’s seven-member secretariat, or leadership team, is loathe to acknowledge the existence of already-functioning projects for fear they may be seized by the government to lock down funds for victim reparations, say rebel sources.

Projects allowed under the peace deal are meant to be funded by payments of 8 million pesos (about $2,700) to demobilized fighters to help them start businesses.

Reuters was not permitted to visit the active projects in Caqueta or surrounding regions, even though FARC members confirmed a milk processor and a bean farm were up and running.

Many fighters say they want to get involved in politics or stay in familiar rural areas working alongside peasant farmers, but FARC business plans also include tourism initiatives and factory projects.

Ex-fighters could shepherd tourists around little-explored areas of Colombia’s mountain and jungles, which have been under rebel control for decades.

“A tourist could get to see where the secretariat camped during the peace process,” said Sebastian Gomez, head of a community organization that wants to partner with the FARC on eco-tourism, during a visit to the group’s Yari unit to explain the effort to fighters.

A FARC document reviewed by Reuters shows plans for a dairy plant, cheese factories and farms are already well advanced.

“The factories will be constructed one per region and will be multi-functional in accordance with harvests,” the document said. “They will be advised by professionals with relevant experience in Europe.”

Colombian authorities say the rebels possess huge tracts of valuable land, as well as cattle ranches, shops and construction companies which allegedly help the group launder drug and ransom money, but there have been few confiscations of rebel property.

While some experts estimate the proceeds from the drugs business and extortion have netted the FARC billions of dollars, the rebels say their income is minimal and spent mostly on maintaining fighters.

Santos told Reuters the government will go after illicit FARC funds and properties to pay reparations. The attorney general’s office said on Tuesday that any efforts to cover up the origins of illegal FARC property will be prosecuted as money laundering.

Ex-fighters can choose for their 8 million peso payment to go directly to a communal project, the FARC said last week, or they can invest in an individual business.

Rebel leader Timochenko said last week that the FARC and its ex-fighters would contribute to economic growth.

“We will not take jobs from anyone. The opposite — we are going to develop projects that create more opportunities and galvanize the economy in areas where we have presence.”

Jaramillo, a member of the FARC’s secretariat who also uses the alias ‘El Medico’, said some business owners had been in touch with rebel leaders to ask about future projects.

“They have expressed some ideas, there are business owners who want to be involved,” he said, without providing details.