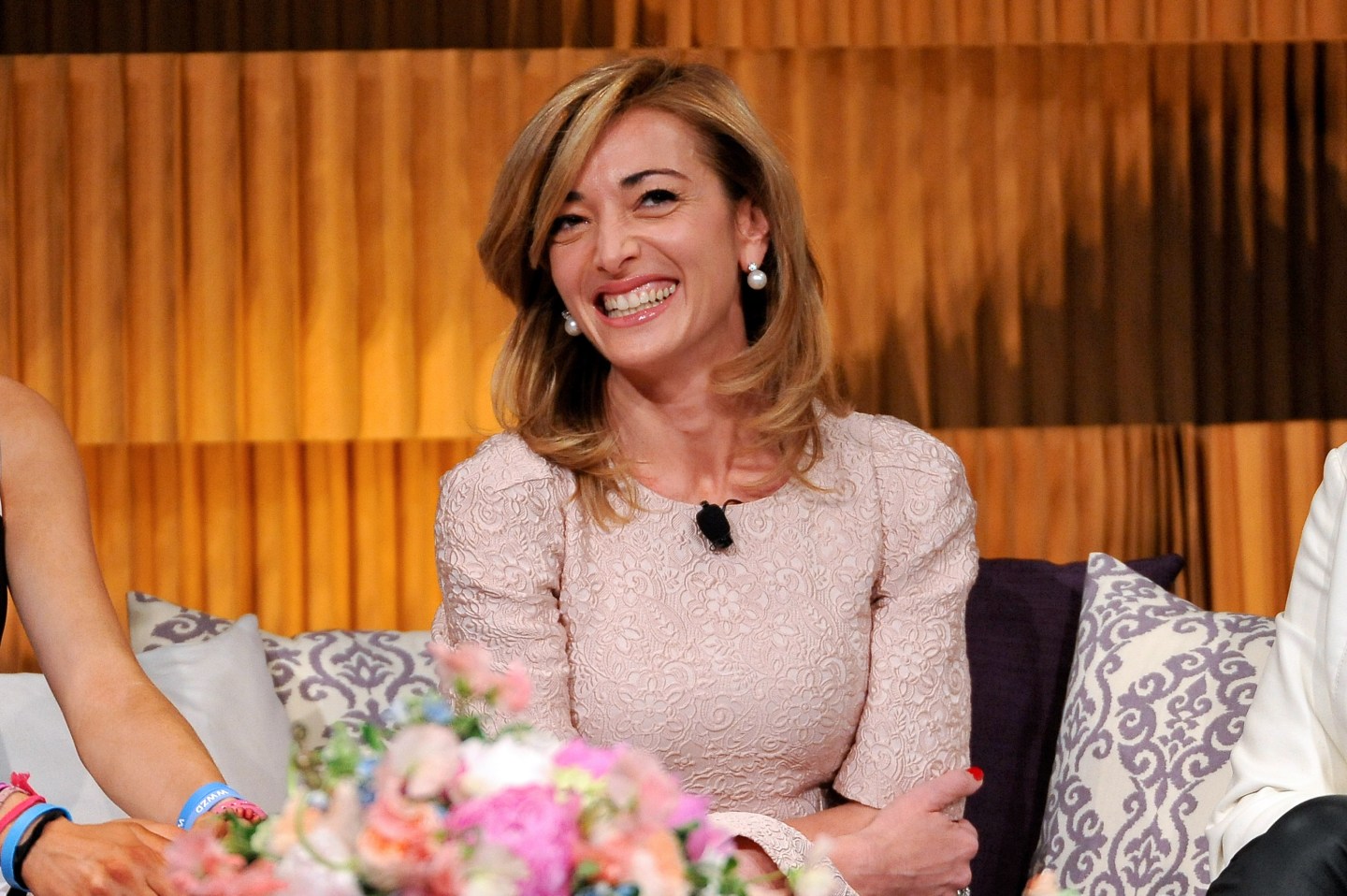 It turned out to be a poor fit after all.

Lands’ End (LE) said on Monday that CEO Federica Marchionni had stepped down immediately, underscoring how futile it was for the former Ferrari and Dolce & Gabbana executive to try to take such a Middle American brand upscale.

Shares, which had been down 33% in the last year, fell another 11% in Monday morning trading.

On her watch, the company has introduced slimmer-fitting clothes, stiletto heels and a new line of athletic wear. Lands’ End has also opened pop-up stores in trendy shopping areas like New York’s Fifth Avenue and SoHo (most recently during Fashion Week), and tried to lend the brand a fashion aura by hiring a senior executive from luxury retailer Saks Fifth Avenue, Joseph Boitano, as chief merchant. But the glamorous luxury executive was unable to transform the Dodgeville, Wisconsin-based company or attract a broader clientele beyond its catalog shoppers, one of Marchionni’s top goals.

As part of her re-invention attempt, the company unveiled slick ad campaigns, including one that featured work by acclaimed photographer Bruce Weber. But one ad landed the Italian executive inadvertently in the middle of the U.S. culture wars: a marketing piece early this year that profiled feminist icon Gloria Steinem on its website and in its spring catalog earned the ire of customers with pro-life views, a problem for a retailer that sells a huge amount of uniforms to Catholic schools. Soon after, Marchionni did an about-face, apologizing for the ad, only to anger customers on the other side of the abortion debate.

Marchionni never seemed to get her groove back.

“The Board of Directors and I have agreed it is time for others to bring Lands’ End into the future,” Marchionni said in a statement. Lands’ End said its operations and finance chief James Gooch, and Boitano, will take over as co-interim CEOs while it looks for a new chief, who will be the third in since Sears hived off the company 2 1/2 years ago.

Lands’ End reported negative same-store sales in each of the six quarters of Marchionni’s tenure. And though many of the problems were self-inflicted, Lands’ End has been severely injured by its reliance on physical space at Sears (SHLD) stores. That retailer has closed hundreds of stores in recent years, an effort that has failed to halt Sears’ comparable sales, and those that remain are getting fewer and fewer shoppers in the doors. (Sears Holdings sold off Lands’ End in early 2014 as part of its years-long efforts to generate cash amid a sales collapse. There are still Lands’ End shops at 224 Sears stores. )

In addition to the failed re-invention, Marchionni tried many moves, from an executive suite shakeup to launching home goods in an already busy segment. Lands’ End, trying to gin up online sales, also announced the very risky move this year of starting to sell through Amazon.com (AMZN). She has also tasked her team to improve Lands’ End supply chain after out-of-stocks deprived it of sales, and conversely, overstocks created pressure to cut prices in an already promotional environment.

“We are creating a culture of action within Lands’ End and empowering our talented management team to execute our strategy,” Marchionni told analysts earlier this month. It’s clear that strategy is about to change dramatically.