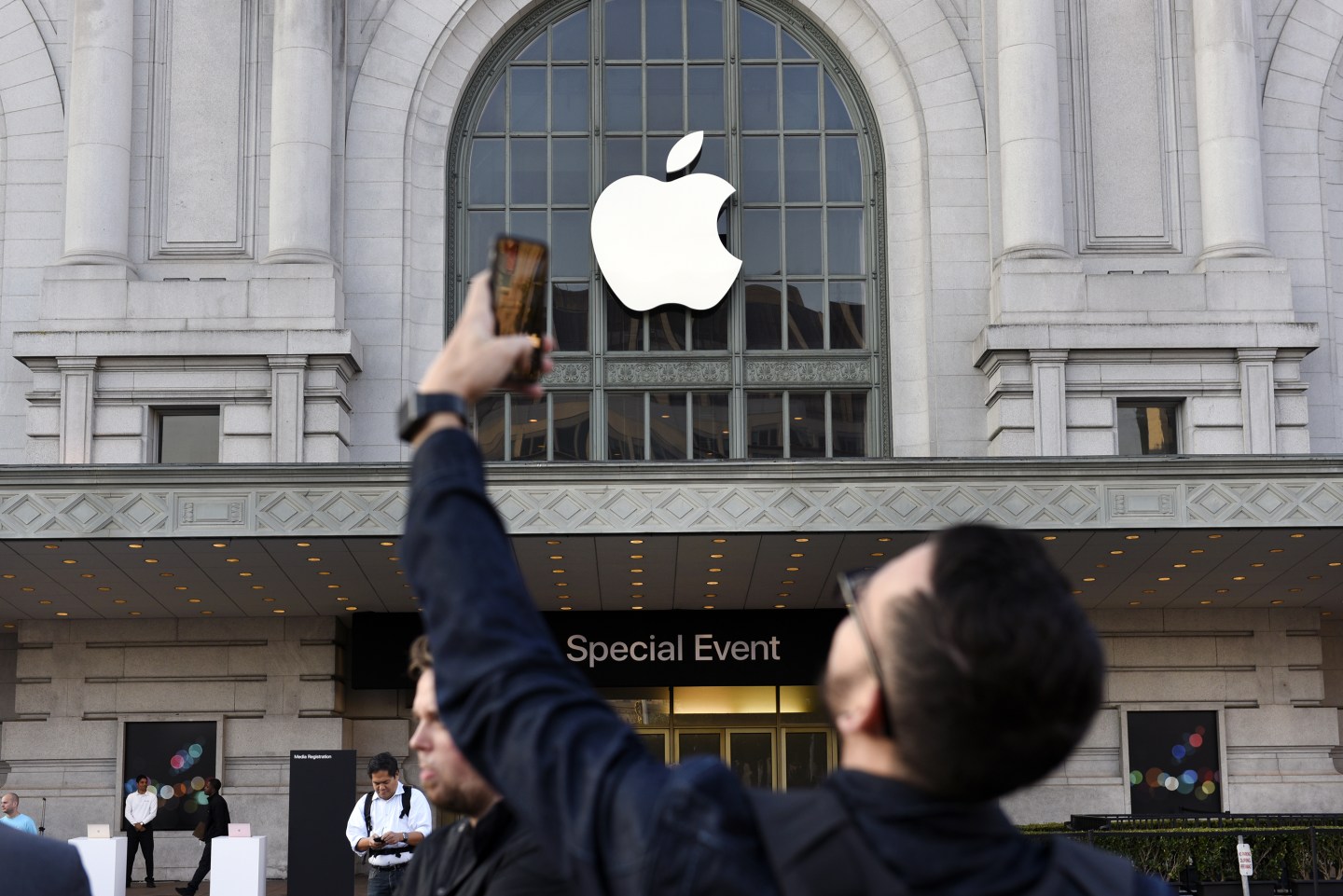 An attendee takes a photograph with a mobile device outside of the Bill Graham Civic Auditorium before the start an Apple Inc. event in San Francisco, California, U.S., on Wednesday, Sept. 7, 2016. Apple Inc. Gadget enthusiasts will be watching with great interest as Apple Inc. is expected to unveil both a new watch and iPhone 7, as well as improvements to the iOS 10 operating system. Photographer: Michael Short/Bloomberg via Getty Images
Michael Short — Bloomberg via Getty Images

Yesterday, Nilay Patel, co-founder and Editor in Chief of technology webmagazine The Verge, revealed that Verge editor Chris Ziegler had left the publication and accepted a position at Apple. That’s not so strange—the path from tech journalism to tech PR is well-worn (and ripe with comic potential).

The only problem is that Ziegler, who recently seems to have mainly covered cars for the site, accepted the job with Apple in July—but was still employed by The Verge until early September.

As related by Patel, Ziegler was clearly grossly negligent in several ways. He did not inform anyone at the Verge about his new job, and continued “actively working” at the site through July, presumably making editorial decisions and guiding technology coverage while secretly on the Apple payroll.

Then things got even stranger, with Ziegler (again, according to Patel) cutting off contact with The Verge in August. Worried for Ziegler, the Verge staff “made every effort” to contact him and offer help. The Verge, which is a subsidiary of Vox Media, terminated Ziegler only in September, when they verified that he was working for Apple.

The events as related raise some questions about Vox, but perhaps even more about Apple. It would have been difficult for Vox managers to know that Zeigler had accepted a job elsewhere, as long as he was still showing up to work. The same can’t be said for Apple, who would have known they were hiring a working journalist.

So if, as Patel claims, Ziegler began working for Apple in July, how did he have time to continue doing his work at Vox? Presumably, he wasn’t being particularly closely monitored in his new position.

The other head-scratcher is just what conversations were happening at The Verge after Ziegler effectively disappeared. He wasn’t fired until he had failed to show up to work or communicate with management for around six weeks—astonishingly generous treatment by any standard. But neither, apparently, was his disappearance reported to police or other authorities.

As for whether Ziegler’s double duty had any impact on The Verge’s coverage during the period when he was also employed by Apple, Patel says an internal probe on that question was conducted by Vox Media’s Lockhart Steele. The probe included interviews with Verge staffers and reviews of emails and chatlogs, and Lockhart ultimately determined that Zeigler did not attempt to steer any coverage towards or away from Apple.

While that may be hard to take at face value, it holds water from at least one angle. As Patel puts it, “any particular decisions [Zeigler] helped make had the same outcomes they would have had absent his involvement.” And The Verge was being critiqued for bias towards Apple well before it had a staffer on Cupertino’s payroll.