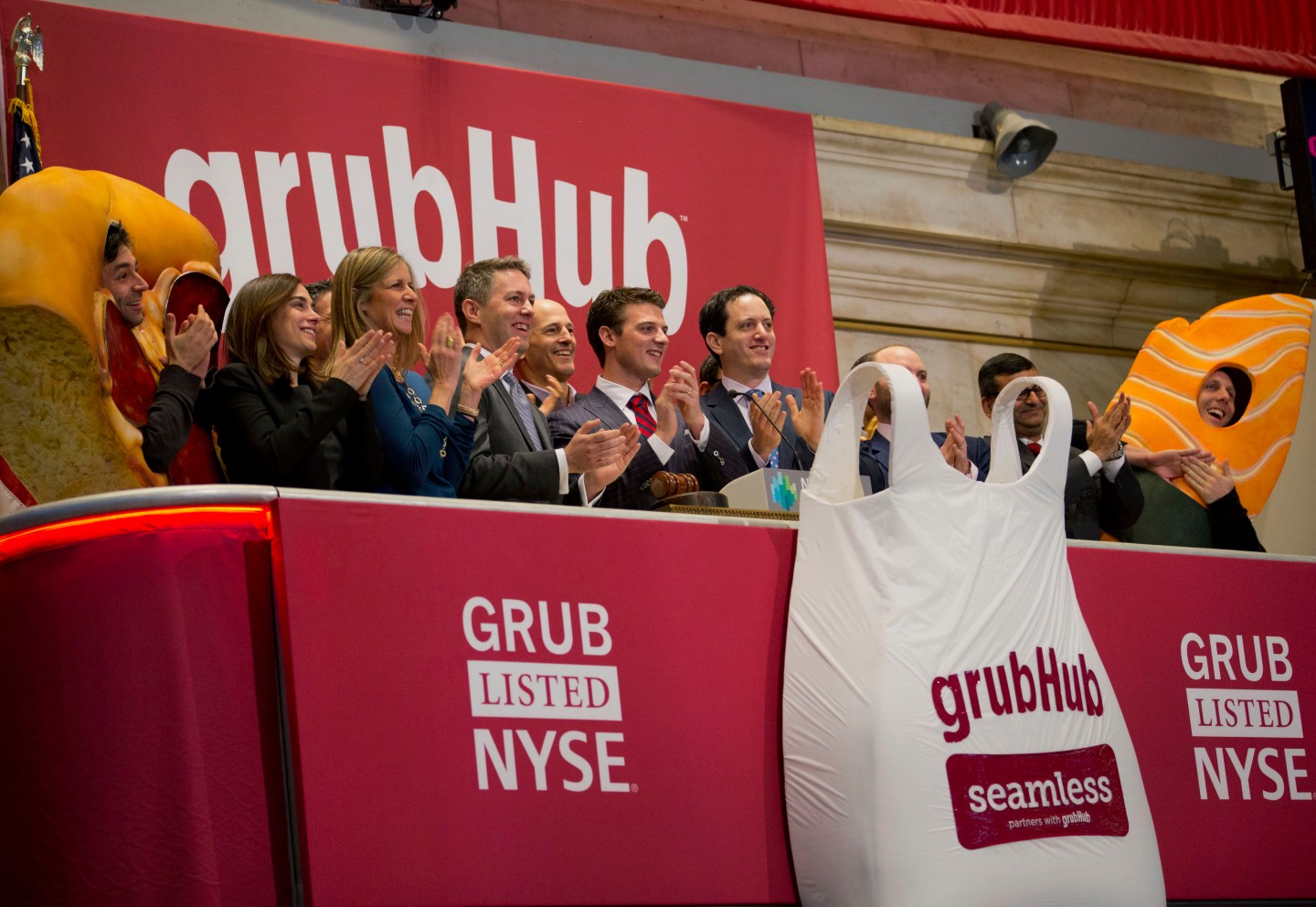 Grubhub, which owns Seamless, is in the midst of a tough fight for dominance in the crowded and competitive food delivery business. Yet the company has at least one secret weapon: A workforce that is almost entirely gender-balanced.

Depending on which research you consult, the executive teams of the largest U.S. public companies are composed of between 10% and 17% women. Moreover, even when companies do have female execs at the top, these women are likely to play a “token” role—at least one study found that having one woman on an executive team lowers the chances that other female executives will be hired into C-level positions.

Yet this past spring, Grubhub CEO Matt Maloney hired not just a second or third, but a fourth woman—CTO Maria Belousova—to his eight-person team.

“I did not set out to have 50% of my reports be women,” says Maloney. “When I’m looking for people to fill roles, I think: I need a CMO—that person needs to have XYZ. I craft the ideal model. I look for people that are extremely intelligent, creative problem solvers, tinkerers.”

For Maloney, the idea that there is no “pipeline” of talented women is a myth. And though he says he doesn’t purposely seek out female hires, he is keenly aware of the benefits of diversity. “We’re trying to solve new problems, so we need new perspectives,” he says. “I think that I figured out pretty early on that I have a lot of great friends who are great coders—generally my age, generally men, generally from a tech background—but that group of friends doesn’t solve restaurants’ problems very well.”

Being involved with the restaurant industry, where his customers vary in age, nationality, and, yes, gender, Maloney says having a diverse team isn’t just something to strive for— “it’s a responsibility to investors and shareholders.”

The company’s diversity trickles down into its larger workforce, which is 43% female (the company has 1,105 employees). For comparison, major tech companies like Airbnb, Google, and Facebook are about one-third female.

General counsel Drucker says that the company’s success in attracting women is due in large part to Maloney’s willingness to lead by example. “He’s a family man, he has 3 little [all under 7] kids… We know it’s something that he values and is important to him. If he has an event at a kid’s school he’ll dial in,” she says. “We give paternity leave to the men here and nobody thinks twice about taking it.”

Grubhub has also had some success recruiting female engineers, a pain point for many tech companies. As of March, 23% of the company’s engineers are women. That number is slowly ticking up, with women accounting for 28% of its engineering hires this year. In the U.S., only 13% of engineers are women.

Belousova, who previously served as VP of technology at e-commerce site Bluefly, says she was pleasantly surprised by the gender split at Grubhub. “I don’t expect there to be a lot of women in the organization that I work in,” she says, adding that she hopes to grow the number of women on her 250-person team. “Setting an example and talking about what women do is important. Not seeing it as unusual is important.”

Perhaps simply seeing a gender-balanced company as the norm is exactly why Maloney’s been so successful in creating one. “My first three jobs out of college I worked for women,” he says. “Maybe that’s just the benefit of my experience. It just never entered my mind.”