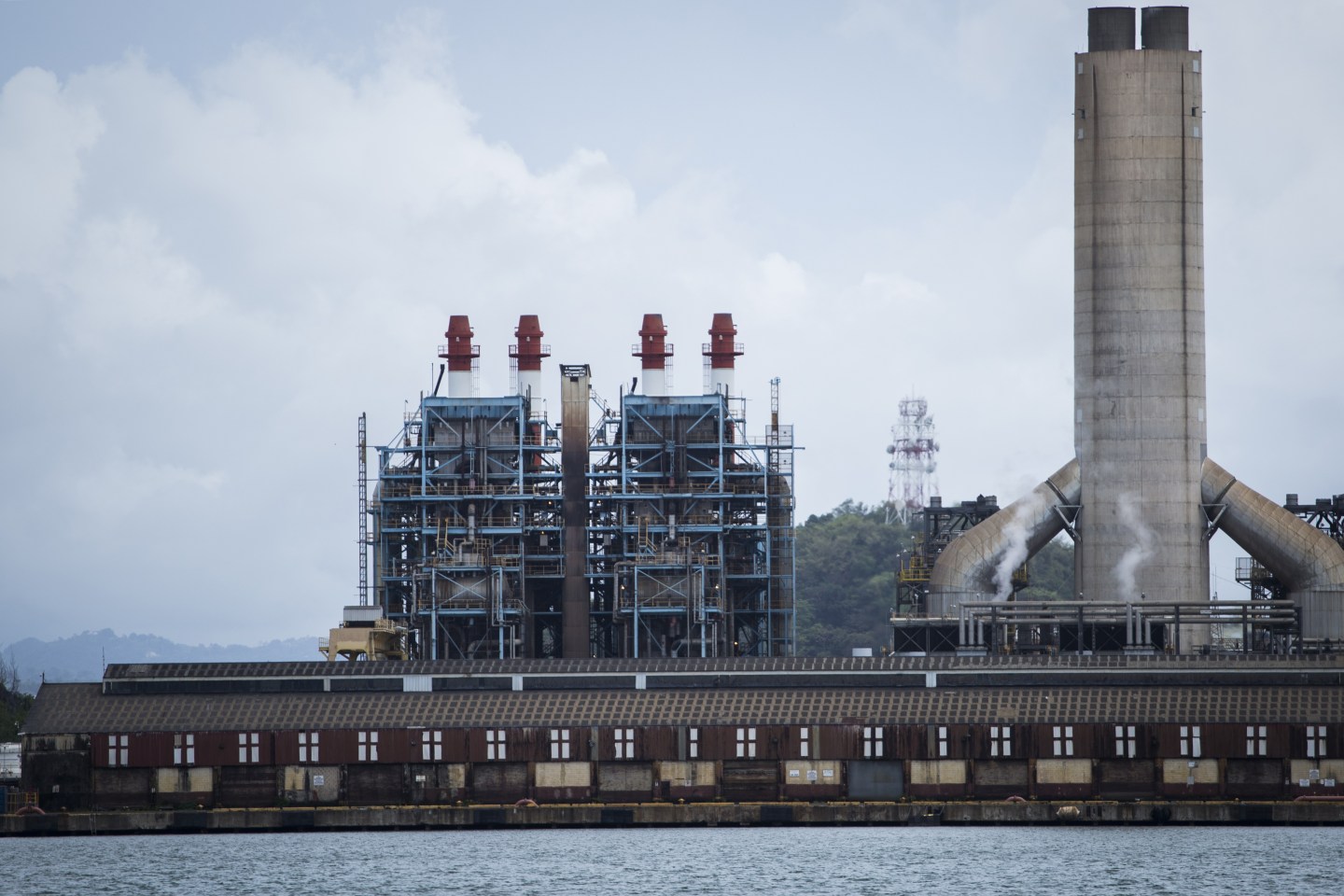 Repair workers in Puerto Rico are scrambling after a large fire at a power plant led to a series of blazes and blacked out the entire island on Wednesday, leaving up to 3.5 million people without electricity.

The cause of the initial blaze, which led generators to malfunction and set off 15 more fires across Puerto Rico, is still being investigated. The first fire had taken place in the island’s south, where heavy storms were reportedly lashing the area.

The Electric Power Authority, the largest U.S. public power provider by customers and revenue, told the AP they only knew that two transmission lines carrying 230,000 volts had failed. The initial blaze demolished a system responsible for providing a third of the U.S. territory’s power, said Gov. Alejandro Garcia Padilla.

“This is a very serious event,” said the governor. “The system is not designed to withstand a failure of this magnitude.”

As of 9:40 p.m. ET on Wednesday, nearly 1.5 million people were without power, state-run electric provider AEE said in a statement. Many businesses and universities closed early for the day, while commuters raced to get home on jam-packed, unlit roads.

Javier Quintana, the executive director of the Electric Power Authority, said he expected most power to be restored by morning, with priority given to Puerto Rico’s airports, hospitals, police stations, and water pumping outlets.

But many Puerto Ricans expressed skepticism, complaining that they already pay bills that cost about two times more than the average resident of the U.S. mainland, and casting light on growing discontent about the island’s economic woes.

“It was unclear how much damage the fire caused or where the power company would obtain the money to repair or buy new equipment. The utility is struggling with a $9 billion debt that it hopes to restructure as it faces numerous corruption allegations. Company officials have said they are seeking more revenue to update what they say is outdated equipment.”

Meanwhile, a number of schools called off classes for Thursday, and the island’s largest public hospital canceled all non-emergency appointments.

“People can’t carry on their normal activities,” Ruth Santiago, a lawyer for an environmental group, told Bloomberg. “This is a clear indication of a lack of maintenance at these plants.”