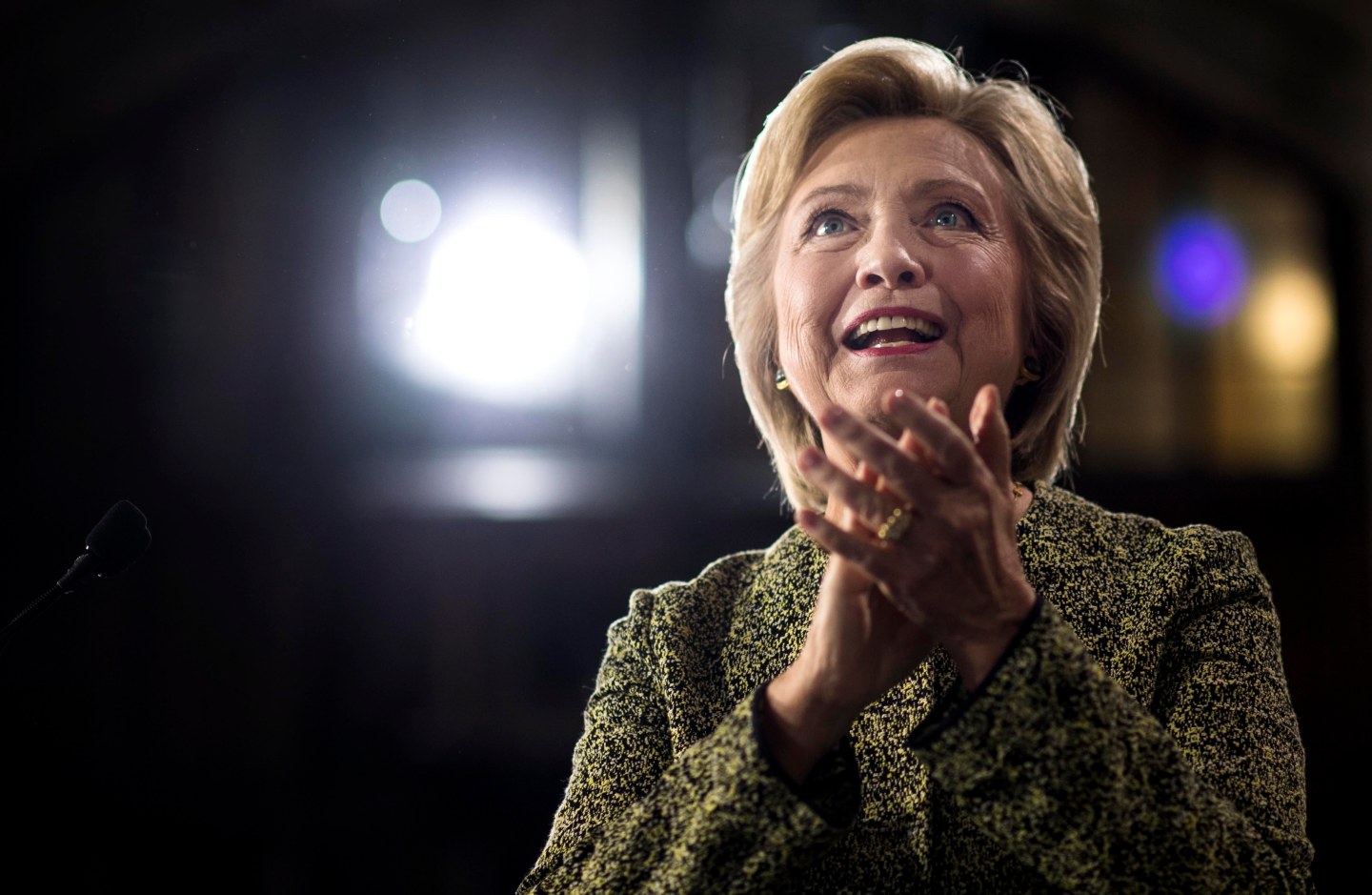 Hillary Clinton’s plan for the economy paints a brighter future for people with disabilities.

During a rally in Orlando on Wednesday, Clinton outlined her plan for building an “inclusive economy that welcomes people with disabilities, values, their work, and treats them with respect.” She believes people with disabilities deserve the same jobs for the same pay and benefits as those without. And the first step to making that happen is to eliminate the sub-minimum wage, which she described as “a vestige from an ugly, ignorant past.”

But to create a truly inclusive economy, the former Secretary of State said we also need a truly inclusive education system. She wants to work with colleges and universities to make it easier for students with disabilities to attend. Additionally, she wants to create partnerships with businesses and help improve hiring practices. In 2015, a report from the Bureau of Labor Statistics found nearly 18% of persons with a disability were employed compared to an employment-population ratio for those without a disability of 65%.

An aide for Clinton’s campaign told CNN that this speech makes her “the only candidate with a plan for an economy that includes more people with disabilities.” It’s also a stark contrast to her opponent Donald Trump, who came under fire last year for mocking a physically disabled reporter.

Serge F. Kovaleski of the New York Times lives with arthrogryposis, a condition where joints don’t move as much as normal and may even be stuck in one position in two or more areas of the body. Trump was responding to an article Kovaleski wrote that questioned the Republican candidate’s claim he saw thousands of Muslims celebrating in New Jersey when the Twin Towers were destroyed on 9/11. In doing so, he imitated the reporter with flailing arm movements. Though he denied that he was mocking Kovaleski, it was widely perceived otherwise.

A recent study by Rutgers University found that people with disabilities will make up about a sixth of eligible voters this election cycle, and about a quarter of the electorate either has a disability or shares a household with someone who does.