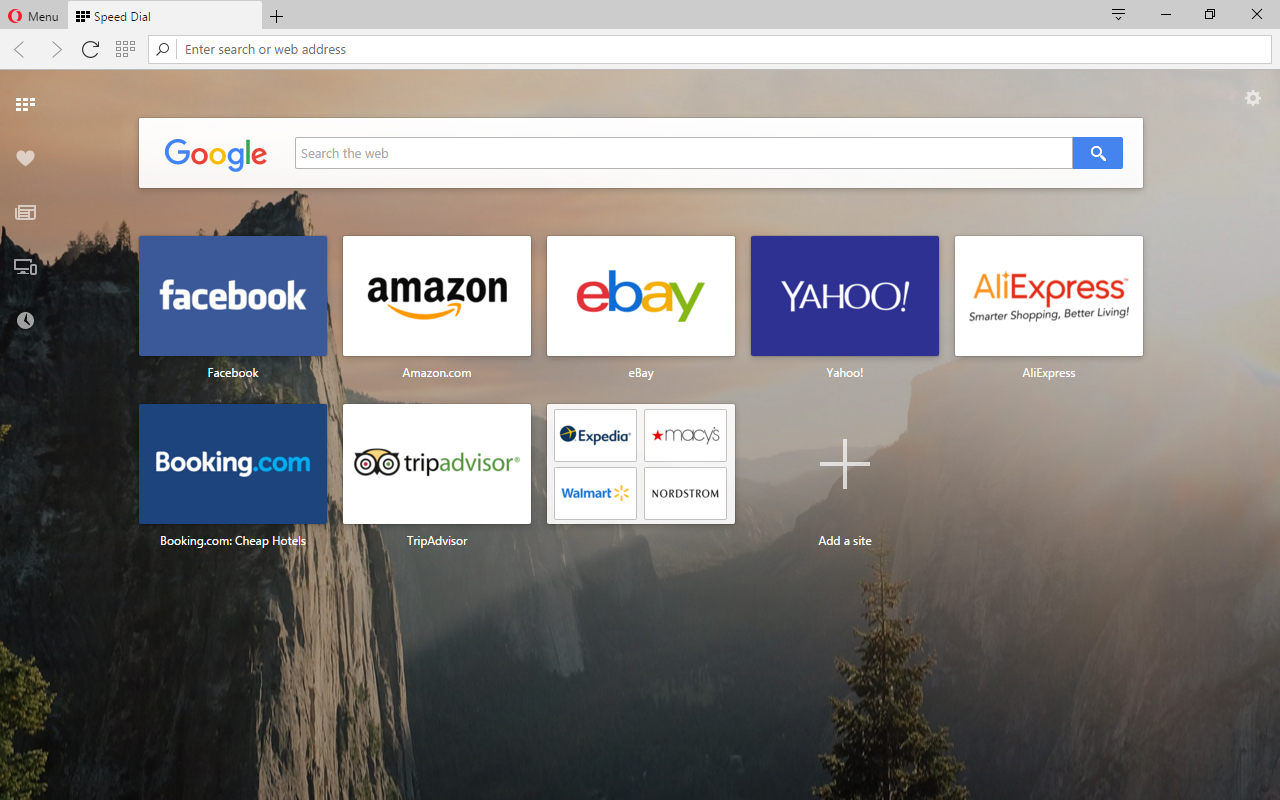 Opera has become the first major browser to include a built in virtual private network (VPN)—a tool that lets people route their web-surfing via an encrypted, remote connection, in order to protect themselves.

The Norwegian browser-maker Opera Software (OPESY) started testing the feature back in April, in the developer version of Opera. Now it’s ready for consumers, in version 40 of the venerable desktop browser.

“If people knew how the internet truly works, I believe they all would use a VPN,” said Opera’s desktop browser chief, Krystian Kolondra. “By making our browser VPN free and easy to use, we hope to make it an essential tool, just as the lock and key is to your house.”

VPNs go further than the private browsing modes you’ll find in most browsers.

Opera’s VPN feature is powered by one of the company’s subsidiaries, SurfEasy, which promises not to store any details of the user’s surfing history.

SurfEasy normally costs between $6.49 and $11.99 a month (depending on how many months you sign up for), so what’s the difference between that and this free implementation?

The in-browser version of the technology only works there—in the browser. Full-fat SurfEasy re-routes all the user’s traffic from their computer. Also, the Opera VPN only re-routes traffic through five locations, in the U.S., Canada, Germany, the Netherlands and Singapore, whereas SurfEasy offers many more.

“At the first launch now, we offer five locations based on our history and knowhow,” an Opera spokesman told Fortune on Tuesday. “We will consider adding more.”

Opera is on a major drive to tempt across users of other browsers with its privacy and speed-enhancing features. Apart from its baked-in VPN, it has also introduced ad-blocking across its various browsers.

However, the company is not immune to privacy scares. Last month, it had to tell users of its cross-device browsing-data synchronization feature that their credentials may have been compromised in a data breach.