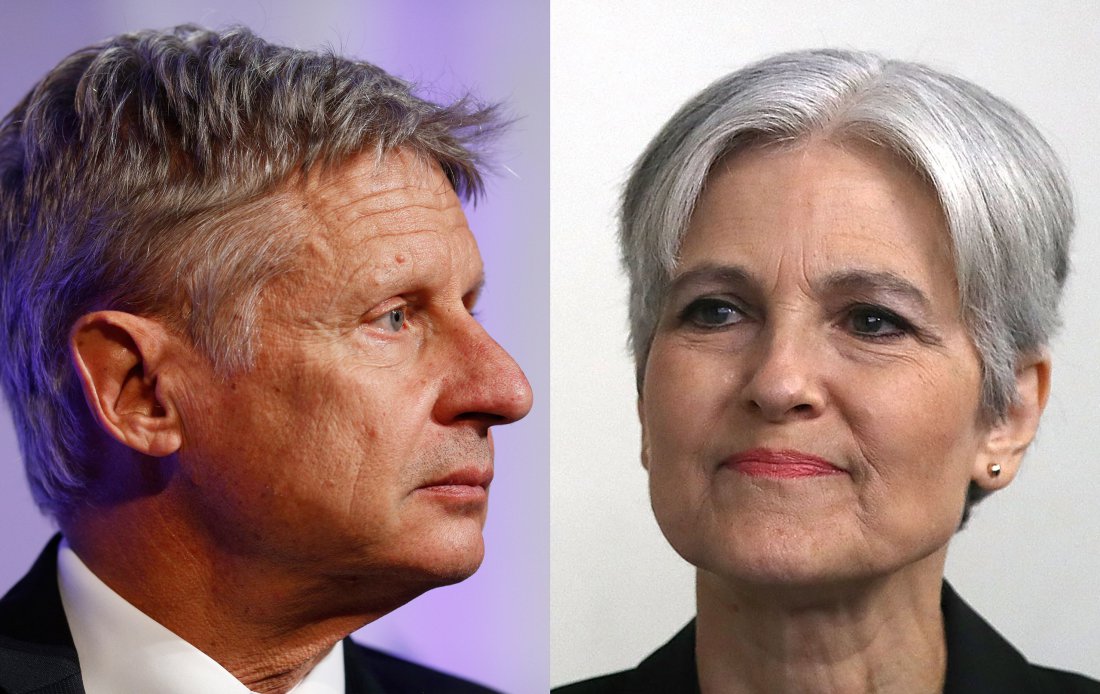 WASHINGTON, DC - AUGUST 23: Green Party presidential nominee Jill Stein waits to be introduced prior to a press conference at the National Press Club August 23, 2016 in Washington, DC. Stein discussed her candidacy and her attempts to be included in the presidential debates sponsored by the Commission on Presidential Debates during her remarks. (Photo by Win McNamee/Getty Images)
Win McNamee Getty Images

“[T]he Board determined that the polling averages called for in the third criterion are as follows: Hillary Clinton (43%), Donald Trump (40.4%), Gary Johnson (8.4%) and Jill Stein (3.2%). Accordingly, Hillary Clinton and her running mate, Tim Kaine, and Donald Trump and his running mate, Mike Pence, qualify to participate in the September 26 presidential debate and the October 4 vice-presidential debate, respectively. No other candidates satisfied the criteria for inclusion in the September 26 and October 4 debates. The criteria will be reapplied to all candidates in advance of the second and third presidential debates,” the Commission said in a statement.

Johnson and Stein need to achieve a 15% polling average in order to be included. They both meet the Commission’s other two criteria: they are constitutionally eligible and are on the ballots in enough states to win a theoretical Electoral College majority.

“Bill Weld and I will continue to fight to provide a voice and an alternative for independents, disenfranchised Republicans and Democrats, Millennials and others who aren’t satisfied with Donald Trump and Hillary Clinton as their options,” Libertarian candidate Johnson said in a statement after the Commission’s announcement. “It is unfortunate that the CPD doesn’t believe such a voice should be heard. There are more polls and more debates, and we plan to be on the debate stage in October.”