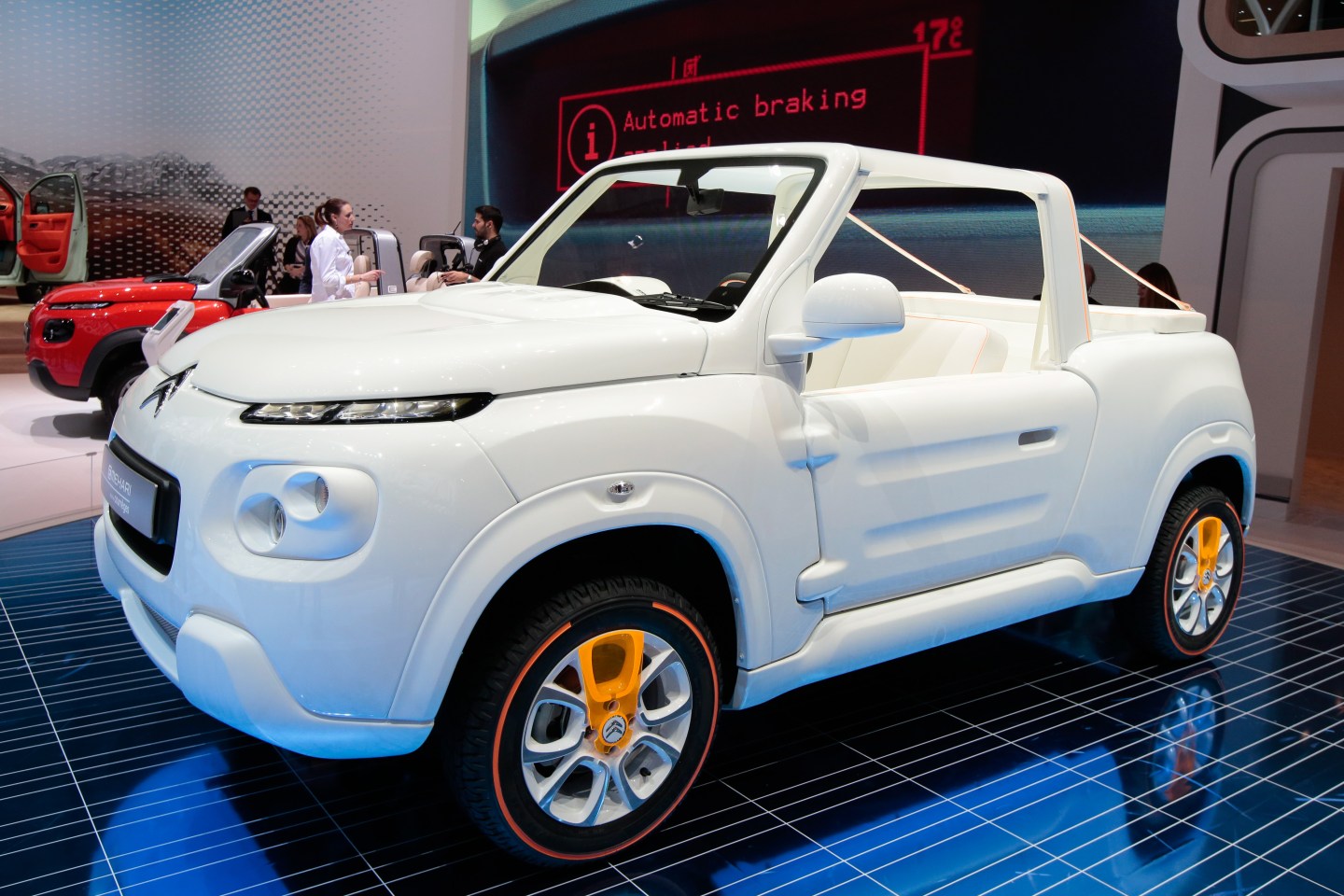 A Citroen Mehari automobile, produced by PSA Peugeot Citroen, sits on display on the first day of the 86th Geneva International Motor Show in Geneva, Switzerland, on Tuesday, March 1, 2016. The show opens to the public on March 3, and will showcase the latest models from the world's top automakers. Photographer: Jason Alden/Bloomberg via Getty Images
Jason Alden/Bloomberg via Getty Images

French carmaker PSA said on Thursday a partnership with a U.S. 3D printing startup would lead to cheaper production of whole vehicle structures as well as parts for its models.

The maker of Peugeot, Citroen and DS cars said it had agreed with Los Angeles-based Divergent 3D to develop metal printing processes for PSA production lines.

Carlos Tavares, PSA’s chief executive, said this could “dramatically scale down the size and scope of our manufacturing footprint” and yield lighter, more profitable vehicles. The carmaker did not quantify any impact on production jobs.

Industries from aerospace to healthcare use 3D printing for the production of metal and plastic components, while elaborate assemblies with moving parts often prove more difficult. Ford is among other carmakers exploring the technology.

Divergent says it has developed “a software-hardware platform enabled by 3D printing that radically transforms the economics and environmental impact of designing and manufacturing complex structures such as cars.”

Under Tavares, PSA has been slashing production costs and outsourcing more vehicle development to firms such as Altran, which runs a research center in Morocco. The French engineering services group last week said it had bought an unspecified stake in Divergent.

PSA said the Divergent partnership would begin by making prototypes, most likely at its Velizy research center near Paris, before moving on to car parts for assembly lines and eventually “overall vehicle structures.”

No dates or financial terms were disclosed for the deal, which is not yet binding.