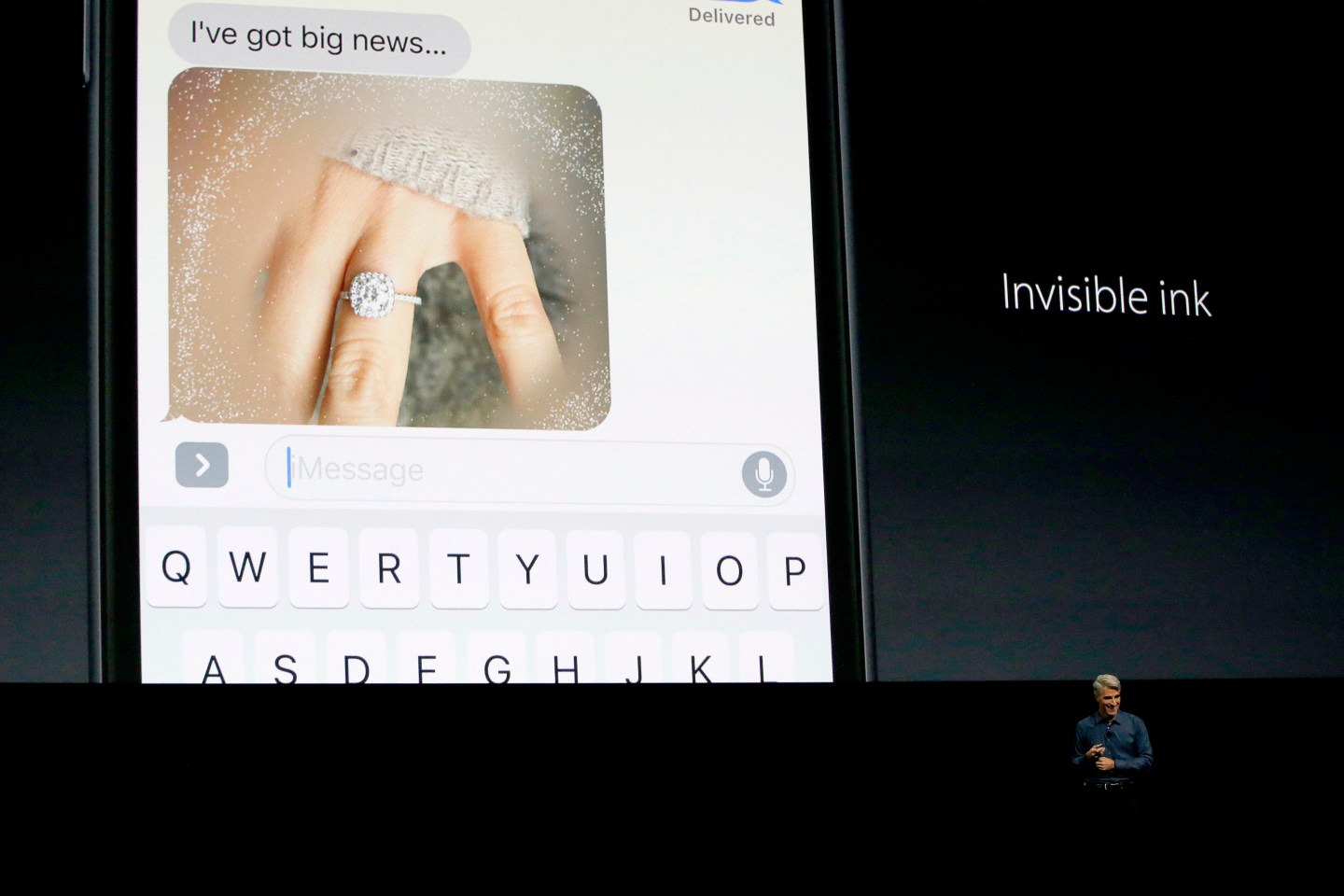 Apple’s new mobile operating system iOS 10 has only been available for a couple of days, but it’s already catching on among iPhone and iPad owners.

Apple’s iOS 10 is now running on 19.9% of all iOS devices, according to Mixpanel, an analytics company that claims to have generated the findings from more than 183 billion “records” on devices around the world. Meanwhile, iOS 9, the operating system that Apple launched last year that had been running on more than 90% of iOS devices, is now on 75% of Apple products currently in use. Apple’s iOS 10 launched on Tuesday.

Apple’s iOS 10 doesn’t feature a major design upgrade compared to its predecessor, but it does have notable improvements to iMessage, allowing users to add stickers to their messages and get important information about a link they’re sent from another user before they tap on it. The operating system also comes with a revamped Apple Music streaming app, third-party support for Apple’s virtual personal assistant Siri, and support for the company’s mobile-payment service Apple Pay in the Safari browser. It’s a free download.

Apple has always been quick to tout its ability to get hundreds of millions of users onto its latest operating systems—and for good reason. Apple and Google are in an ongoing battle to attract developers to their operating systems and get the latest and greatest apps. The more high-quality apps they offer, the more money they stand to gain in revenue-sharing agreements with developers.

While developers are interested most in big userbases, which both Google’s (GOOGL) Android and Apple’s iOS have, they also like to know that if they build an app, they won’t need to support operating systems that are several years old and therefore require more resources and potentially cause them to limit some of their features. In the iOS universe, that’s not a problem. In Android, however, it is.

As of this writing, Android’s Marshmallow, its last official release before Nougat hits more devices soon, is only running on 18.7% of all Android devices worldwide. More than 15% of Android’s users are running on Android Jelly Bean, which dates back to 2012. Developers, therefore, might want to support those older operating systems to boost the number of people that could use their apps.

For its part, Apple hasn’t provided exact figures yet on how many iPhone, iPad, and iPod Touch users are running iOS 10. However, expect the operating system to overtake iOS 9 before long and soon become the most popular iOS version in the world.