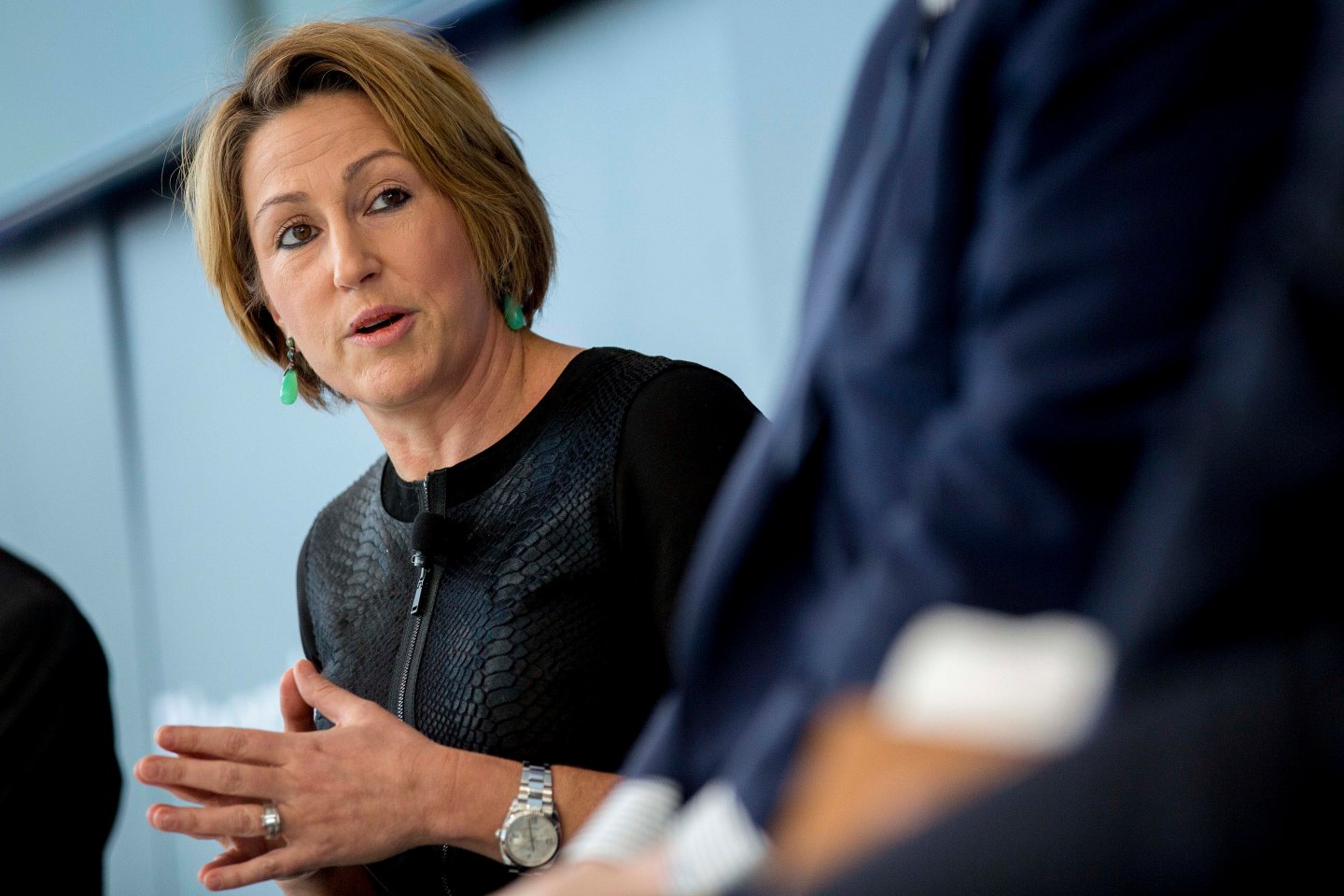 Heather Bresch, chief executive officer of Mylan Inc., speaks during a panel discussion at the Bloomberg Year Ahead: 2015 conference in Washington, D.C., U.S., on Friday, Nov. 14, 2014. The Year Ahead: 2015 brings together global corporate and policy leaders for a deep dive into the economic and industry issues that will be on every CEO's agenda in 2015.
Photograph by Andrew Harrer—Bloomberg via Getty Images

Mylan chief executive officer Heather Bresch will appear at a Sept. 21 congressional hearing over price increases for its allergy auto-injector EpiPen, the U.S. House of Representatives Oversight Committee said in a statement on Wednesday.

Mylan (MYL) has been widely criticized, including by U.S. Democratic presidential candidate Hillary Clinton, for sharply raising the price of EpiPens, which are carried by people with life-threatening allergies.

Mylan, which acquired the product in 2007, recently raised the list price for a pair of EpiPen auto-injectors to $600. The price has been rising from a cost of about $100 in 2008.

“Heather is very good at being able to give an answer without offering much information,” said Evercore ISI analyst Umer Raffat, adding that he will be watching for any other issues that might be raised by the Committee.

A probe into EpiPen pricing by a U.S. Senate subcommittee was announced on Sept. 7.

Bresch is the daughter of U.S. Senator Joe Manchin, a Democrat from West Virginia.

The House panel co-chairmen, Republican representative Jason Chaffetz and Democratic representative Elijah Cummings, noted there is “… justified outrage from families and schools across the country struggling to afford the high cost of EpiPens.”

The committee planned to look at how to spur competition in the EpiPen market and speed approval by the Food and Drug Administration (FDA) of generic alternatives, according to the statement.

In response to the furor, Mylan last month said it would sell its own generic version of EpiPen for $300.

Teva Pharmaceutical Industries, which for years has been working on developing a generic alternative to EpiPen, said last week that it hopes to gain U.S. approval by late 2017 or early 2018.

EpiPen, which has annual sales of about $1 billion, delivers a potentially life-saving dose of epinephrine by injection into the thigh to counter dangerous allergic reactions, including to peanuts and bee stings. Mylan owns 94% of the market for such auto-injected devices.

The committee said it also planned to call as a witness Dr Doug Throckmorton, the FDA’s deputy director at the Center for Drug Evaluation and Research.