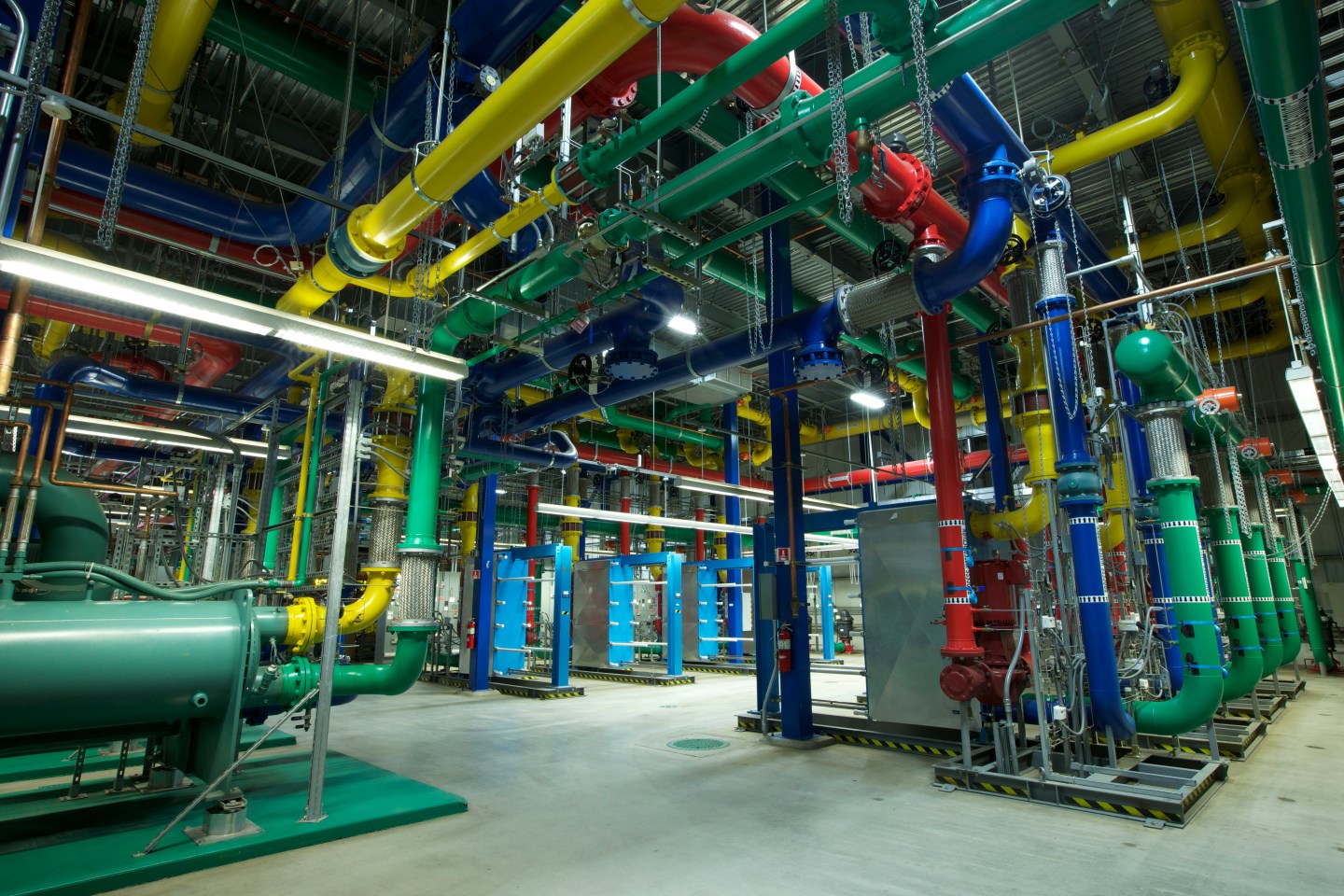 Evernote, which has run its cloud-based services from its own data centers since launching in 2008, is moving completely over to Google Cloud Platform, the two companies announced on Tuesday.

“We hope after December, we won’t be in our own data centers any more,” says Anirbin Kundu, Evernote’s chief technology officer, in an interview with Fortune.

Evernote offers a popular note-taking and content aggregation application. But the fact here is that shared public cloud infrastructure—like that offered by Google (GOOG), Amazon (AMZN), and Microsoft (MSFT)—offers both the scale and security that third-party software vendors need, Kundu explains.

The network connections are set up, and Evernote plans to start moving user data over in October in order to be done by year’s end, he adds.

This is no small achievement as the transition means moving approximately three to 3.5 petabytes of user data from Evernote’s two current data centers into the Google Cloud Platform. To get an idea of that scale, a single petabyte (a million gigabytes) of data represents the equivalent of 20 million four-drawer file cabinets filled with text.

In Evernote’s case, that data consists all users’ digital content, including notebooks, photos, and other multimedia files of all types as well as data about the data (i.e. user preferences, annotations and attachments). Additionally, with an assist from Google (GOOG), Evernote must ensure all this happens without a hiccup so as not to disturb or alarm Evernote’s estimated 200 million users.

The company also plans to move all of its internal operations to Google’s cloud as well.

For more, read: Google Says Its Cloud Is Ready for Big Business

With this massive data move, Evernote is basically doing the exact opposite of what Dropbox did over the past few years when it quietly moved 90% of its user data from Amazon Web Services over to its own internal data centers. To be fair, Evernote appears to be adapting to industry trends as more businesses move applications and data into shared public cloud infrastructures, while Dropbox is swimming upstream given the costs of gearing up massive data centers with hardware, software, and networking gear.

Evernote evaluated other, unnamed public cloud vendors—Google’s chief rivals are market-leader AWS and runner-up Microsoft Azure—but company execs were particularly keen on Google’s machine learning capabilities, which can endow software with the ability to learn new tasks based on the data it crunches over time. Machine learning enables software to automate more processes, so there’s less need for human intervention.

Google’s natural language processing (NLP) will also let Evernote users “speak” to their documents to annotate them or even just read them into their notebooks. Thus, those to-do lists will be able to ping you when an assignment is due based on what deadlines you put into the document. This will be possible because Google’s machine learning will help Evernote understand the meaning of document content and the writer’s intent, Kundu explains.

“Many people put travel itineraries, and we can notify you if your flight is delayed,” Kundu suggests. Additionally, if you’re heading to a conference, you might be reminded to get in touch with relevant associates on your contact list in advance of the event.

Evernote is popular among consumers, but it’s unclear how many of the 200 million users actually pay for the service, which is free for up to 60 megabytes of data. Evernote for Business, which costs $12.00 per user per month has 20,000 customers, Kundu says. Basically, this means Evernote can become your own personal nudge.

Asked if there was any concern with trusting the company’s entire business to a single, huge provider, Kundu replies that any risk was more than mitigated by the opportunity.

Basically, if Evernote just wanted to avail itself of raw compute and storage, it could use multiple cloud providers, he continues. But Evernote wanted to take advantage of Google’s higher level capabilities, and that means going all in.

Wins like this one indicate that companies that had worried about running on shared public cloud resources have gotten over those concerns as the cloud providers have demonstrated they can isolate workloads from each other and provide security, always-updated-hardware and infrastructure software as part of their overall offering.

This is a solid win for Google Cloud Platform which, under senior vice president Diane Greene, is striving to build credibility among business users. Evernote may note be Microsoft Word, but many people in businesses of all sizes use it to keep themselves organized, so this looks like a step in the right direction.