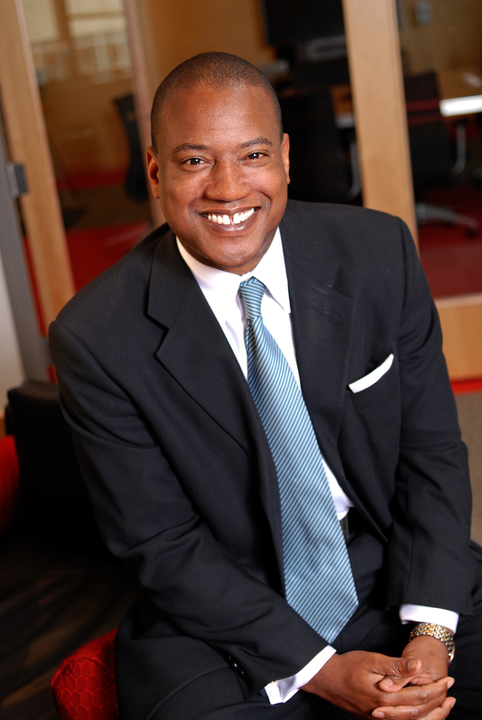 Greg Cunningham, the new Vice President of Global Inclusion & Diversity at U.S. Bank, had barely been in his job six weeks when his CEO, Richard Davis, reached out for a specific piece of advice.

Philando Castile, a black motorist, had just been shot to death during a traffic stop in St. Paul, Minnesota. The incident, which had been live streamed on Facebook by Castile’s girlfriend, was shocking. But for the employees at the bank’s headquarters, which is based in Minneapolis, the story hit close to home.

“He said to me ‘I feel like I need to say something and I don’t know what to say,’” recalls Cunningham. It was a chance for the new vice president to share his philosophy on difficult conversations. First rule: Don’t try to make it all better. “We’re hardwired as leaders to want to solve problems,” he says. “But when things like this happen, it’s not an opportunity to solve anything, it’s an opportunity to show up differently.”

Cunningham has been showing up since May, crisscrossing the country, holding candid conversations with U.S. Bank employees in their local offices, listening to their needs and concerns in an effort to get everyone on board. “Transforming a culture of 67,000 people is never easy,” he says. “You have to make sure that everyone knows that there is something in this for them.”

“Diversity and inclusion has historically been about the notion of fairness and equity,” he says. “But not everybody wants to come to grips with fairness.” To the many white men who have asked, with some trepidation, why there is no special employee group just for them, he reminds them that there is no under representation of white men at the organization at any level, and they’re a historically advantaged group. “Nobody blinks at that,” he says. But the conversation shifts to the role that white men do play.

Cunningham says he’s learned a lot already. “You have to create a safe space where people can take off their Superman or woman capes and get to know each other better.” He always shares candidly about being young, awkward and black earlier in his corporate life, trying to model behaviors that weren’t natural to him. “I used to try to fit in like the white kid who went to Harvard,” says the Clark Atlanta graduate. He asks people to think about who is around them. “What does it mean to lead when you’re encouraging people to take their masks off?”

Though he’s unable to share specifics, Cunningham has set goals for hiring women and people of color, as well as attracting more diverse customers and suppliers. He updates the CEO and senior leaders every month.

And he’s thinking a lot about where the company intersects with the communities they serve. “What does it mean to make a difference where we do business?” In markets that have seen recent racial violence, like St. Louis, the conversations have been particularly meaningful, he says.

His advice for his peers sounds simple, but it’s not. “You have to be willing to create an emotional space for people to talk.” Everyone has stuff, so share yours. “People need to trust that you see them as human,” he says. “And stop trying to solve everything and just listen.”