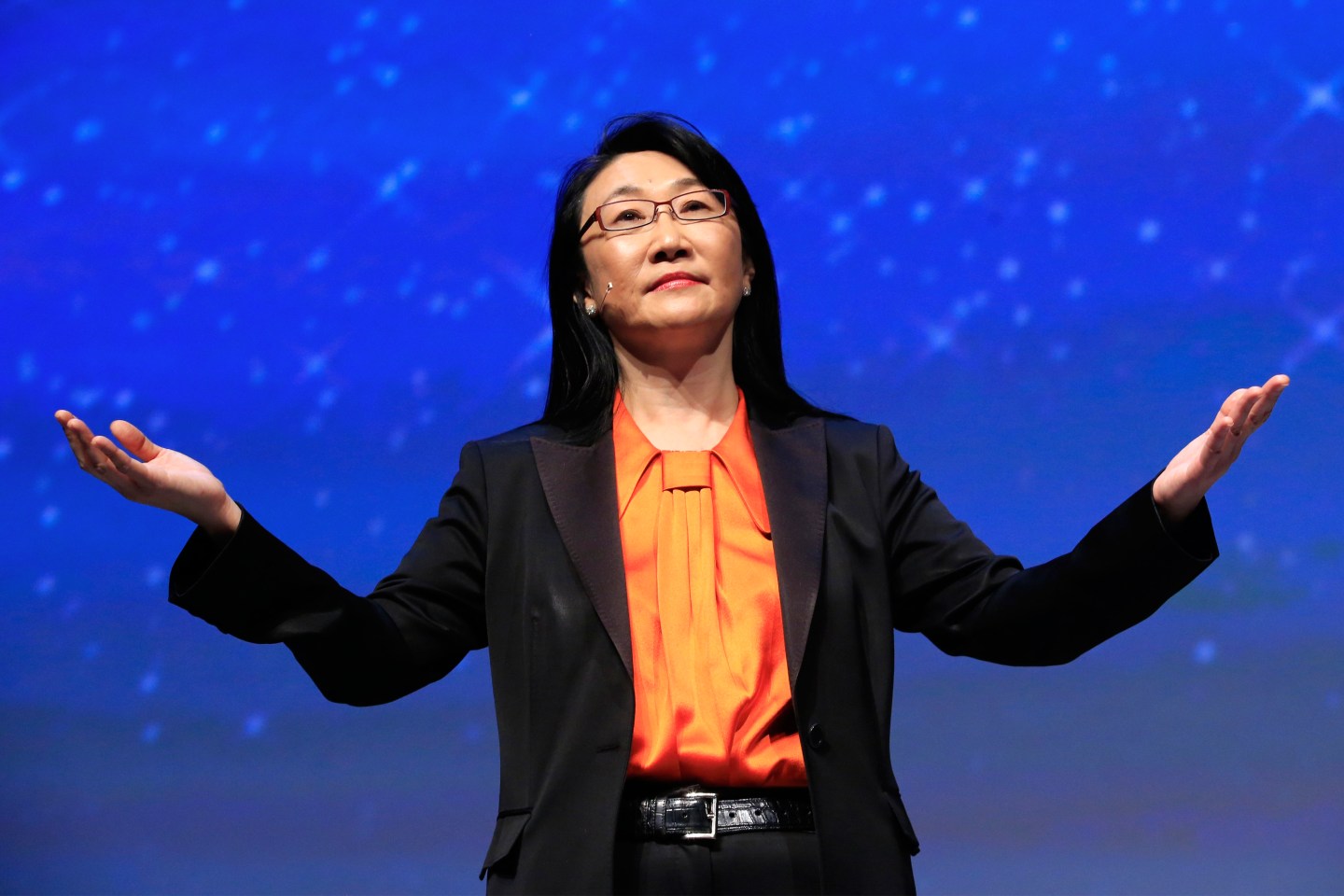 Our 2016 Most Powerful Women International list is out—and with it, both the emergence of new names and the disappearance of old ones. Here’s what happened to the women who fell off the list this year.

A year ago, Broader was based in Canada as Walmart’s CEO of Europe, Middle East and Asia. That means she was running the two biggest international markets—Canada and the U.K.—for the largest company on the planet. She left that gig in October to take the CEO slot at Florida-based Chico’s, the struggling women’s apparel company. Broader has so far focused on cost-cutting at her new gig, which also owns the brands White House / Black Market and Soma.

Corley stepped down after four years in her position atop Allianz Global Investors—Europe’s largest asset management fund and a unit of Allianz—in March. Now the company’s vice chairman, she continues to have a public profile through frequent media appearances. She is also a successful and prolific writer of suspense novels.

Last January, the fast-rising healthcare executive took charge of Sanofi’s cardiovascular and diabetes divisions—which together account for $8 billion, or one-fifth, of the pharma company’s sales, after a stint running heading Global Divisions and Strategy. By June, she was gone, a departure that followed disappointing first-quarter results—down 5.8% from the previous year. Witz joined Sanofi in 2013 after a 17-year tenure at GE Healthcare; there’s no word yet on where she will land next.

She had her work cut out for her, but Wang’s first year as CEO of HTC, the struggling mobile maker, did not go well. Revenues dropped 35% and profits sank 46%, as the company failed to find mid-market footing in a world with Apple and Samsung on the high end and cheap Chinese upstarts on the low end. Early 2016 results were even worse, and so Wang missed our list this year. There is hope: the company is now pinning its future on virtual reality.

Hyun had what can only be described as a disastrous year. The Chairman of the Hyundai Group—a complex conglomerate of family-controlled business such as Hyundai Elevator (but not Hyundai Motor)—lost her grip on Hyundai Merchant Marine, the struggling global shipping company, earlier this year. Hyun and her mother reportedly spent millions of their personal wealth in an unsuccessful effort to hold on to the much-indebted company. (The Korean Development Bank is now its majority shareholder.) Meanwhile, Hyundai Group’s North Korea operations are under pressure after the rogue nation conducted nuclear tests and rocket launches earlier this year. Hyun is also in an ugly battle with Schindler, Hyundai Elevator’s other major shareholder.

Patel, the Singapore-based CEO of International Goldman Sachs Asset Management, is still in her job and still a big player. She remains one of the high-profile financial firm’s most public faces, but dropped off this year’s list only because of new names emerging on the list.

Sixty-four-year old Yang remains Chairman of Esquel, a vertically-integrated garment manufacturer whose clients include J. Crew and Ralph Lauren. Her company, which is privately held, is regularly lauded for its gold-standard labor and sustainability practices. She slips off the list year due to the emergence of women running larger companies.

Profits fell for the third straight year at SOHO China, the high-profile commercial real estate firm that Zhang leads. China’s slowdown has hurt the firm; Zhang is working to turn fortunes around, in large part by betting on shared workplaces.