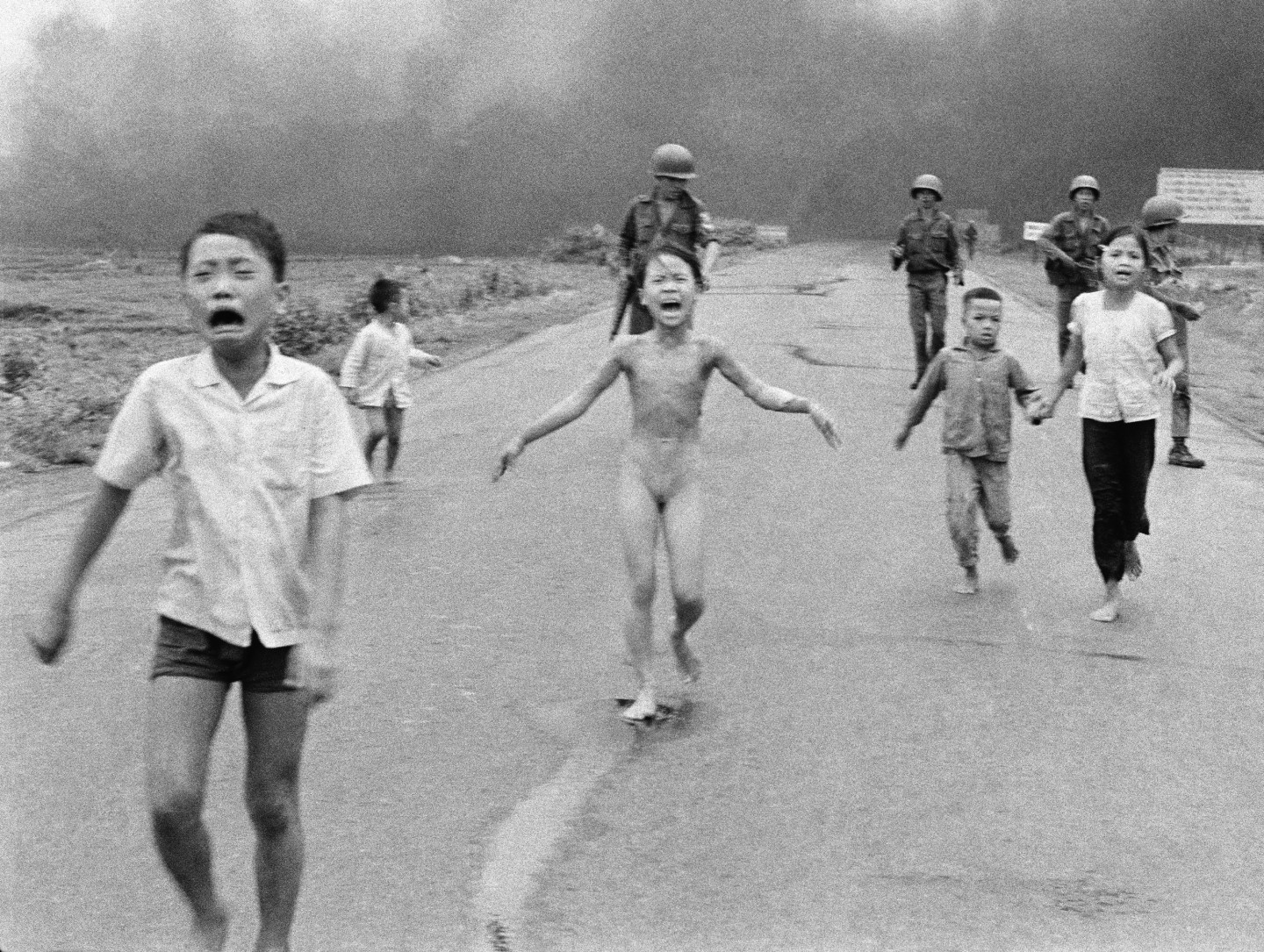 FILE - This is a June 8, 1972 file photo of South Vietnamese forces follow after terrified children, including 9-year-old Kim Phuc, center, as they run down Route 1 near Trang Bang after an aerial napalm attack on suspected Viet Cong hiding places . Norway's Prime Minister Erna Solberg ﻿on Friday Sept. 9, 2016 challenged Facebook’s restrictions on nude photos by posting an iconic 1972 image of a naked girl running from an aerial napalm attack in Vietnam. The Pulitzer Prize-winning image by Associated Press photographer Nick Ut is at the center of a heated debate about freedom of speech in Norway after Facebook deleted it from a Norwegian author’s page last month. (AP Photo/Nick Ut, File)
Nick Ut — AP

It’s time for Mark Zuckerberg to man up. The Facebook CEO should either renounce his coy claim that he doesn’t run a media company, or else just admit he doesn’t care about censorship and free speech.

The tipping point came on Friday in the wake of a controversy over the iconic “Napalm Girl” photograph, an image that changed U.S. opinion about the Vietnam War. Facebook’s decision to censor posts with that image in Norway led to an outcry in the media, including an eloquent column by my colleague, Mathew Ingram, titled “Here’s Why Facebook Removing That Vietnam War Story Is Important.”

The same thing happened to another colleague who posted the article, and, amazingly, this was occurring even after Facebook had already announced that it would reverse its position in light of “the history and global importance of this image.”

So how did I get my Facebook account back? It turns out that clicking “Continue” on the message triggers a humiliating exercise about why nudity is inappropriate. After I had been appropriately trained, Facebook then asked me to show I understood by showing me personal photos from my timeline—and to affirm they were not “inappropriate.”

So to sum up: I tried to share a story about Facebook censorship on Facebook—which then censored the story, and kicked me off the service until I proved that I understood the company’s user rules.

All this reinforces what a Norwegian newspaper told Zuckerberg this week when Facebook first began deleting the Vietnam image: “Mark, you are the world’s most powerful editor … Editors cannot live with you, Mark, as a master editor.” Meanwhile, the girl in the photo, who is now an adult living in Canada, told The Guardian that she disapproved of the censorship.

Facebook has responded— sort of. In announcing that it would restore the napalm photos (as I said it was still taking them down after the announcement), Facebook also issued a bland statement from no particular individual that rang of the company’s usual corporate-ese. It reads in part:

“We are always looking to improve our policies to make sure they both promote free expression and keep our community safe, and we will be engaging with publishers and other members of our global community.”

This isn’t enough. Facebook’s censorship problem is a big that it calls for leadership. Not the sort of leadership that will come out of Facebook’s public relations department, but from Mark Zuckerberg himself. It’s time for him to acknowledge his immense power over the media he controls— or else just come right out and say he doesn’t care.