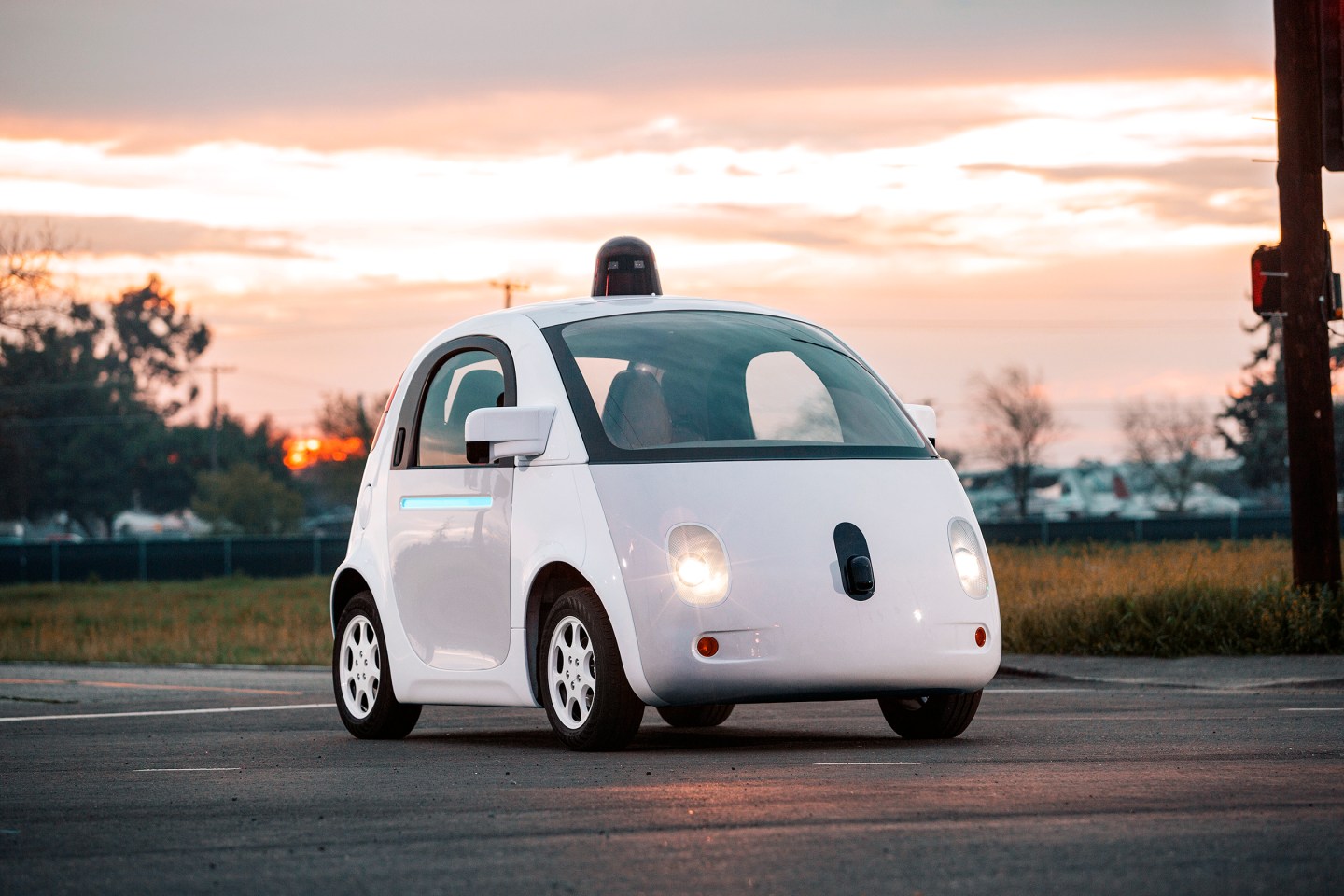 In the future, self-driving cars will require laser-based sensing tech, and these systems will need new types of high-speed transistors and chips that can beat out silicon.

That’s the assertion of Alex Lidow, a Stanford PhD physicist, entrepreneur, and CEO and founder of Efficient Power Conversion (commonly called EPC), a company based in El Segundo, Calif. that makes transistors and chips out of a material that operates more quickly and efficiently—and costs less than silicon.

Yes, silicon—the backbone of all things computing and the juice behind the rise of tech giants like Google and Apple—has a little-known competitor. It’s called gallium nitride, or GaN, and the semiconductor can create transistors (the things that go on chips) that are fast, small, energy efficient, and low cost.

While silicon has dominated computing to date, it turns out that the massive amount of information that needs to be detected and processed on the fly by self-driving cars is a perfect early application for GaN transistors.

Some companies that are looking to make fully autonomous cars (not just computer-assisted driving) like Google (GOOGL) are relying on Lidar technology, which fires out a laser light beam around the car to create a high-resolution 3D map of the surrounding environment. That laser map combined with cameras and smart software, is enough information for a car to drive itself on a road without a human driver.

EPC’s chips and transistors fire the Lidar system’s laser at a blazing fast speed—fast enough to help the car rapidly determine the distance and placement of surrounding objects as well as to create an accurate-enough 3D map.

“GaN is crucial” for the self-driving Lidar car system, says Lidow, as it can operate 100 times—or even a 1,000 times—faster than silicon, depending on the application.

Mere seconds can mean the difference between a car detecting and reacting to an object or unfortunately not. Earlier this year, Tesla’s autonomous car tech, which doesn’t use Lidar, failed to detect a white tractor trailer driving toward a Model S against the backdrop of a bright sky. The accident resulted in a fatality.

Lidow says that his company sells GaN chips or transistors to every car company that is using Lidar for self-driving cars today. Some companies, like Tesla (TSLA), rely on radar systems instead of Lidar.

But Lidow thinks all self-driving cars, even Tesla, will eventually need to adopt Lidar.

Historically, Lidar has been prohibitively expensive to use on cars. The first Google (GOOG) mapping vehicles and self-driving cars employed ultra-expensive Lidar systems that cost tens of thousands of dollars or more. But today, a handful of companies are trying to push the cost of Lidar systems down to as little as several hundred dollars.

Lidow founded EPC in 2007 after decades of working on transistor technology. In 1977, he invented a silicon transistor that switches electronic signals in devices. “I noticed silicon was coming to the end of its valuable life,” says Lidow. Lidow and a business partner in Taiwan funded and almost completely own the company.

By 2014, Lidow says EPC’s cost to make GaN transistors was finally lower than the cost of making silicon ones. “For the first time in history, GaN is higher-performance and lower-cost,” says Lidow.

Today, EPC almost doubled its revenue in 2016 versus 2015, and expects to triple its revenue in 2017 over this year. The company’s Lidar transistors represent between 15% to 20% of its businesses today, while chips and transistors for data center servers, drones, wireless power, medical devices, wireless base stations, and other tech make up the rest of the business.

Lidar is becoming a hot topic for tech companies as everyone from Google to Tesla to reportedly Apple (AAPL) race to build autonomous car tech. Startups are emerging to lower the cost of Lidar tech, like Silicon Valley startup Quanergy Systems, which is building a Lidar system that’s supposed to cost $250.

For more on how self-driving cars are blowing up the auto industry, watch:

If Lidar can get that cheap, then regular cars—those that don’t drive themselves—could employ the tech as just a better sensor. “If it’s cheap enough, it’ll be on all cars, independent of autonomy,” says Lidow.

For Lidow, he’s not just focused on what a world with self-driving cars would look like, but more so on how the world will operate after the fall of silicon. He says, speaking on the phone from southern California, “Silicon can have its Valley, we’ll take GaN Beach.”