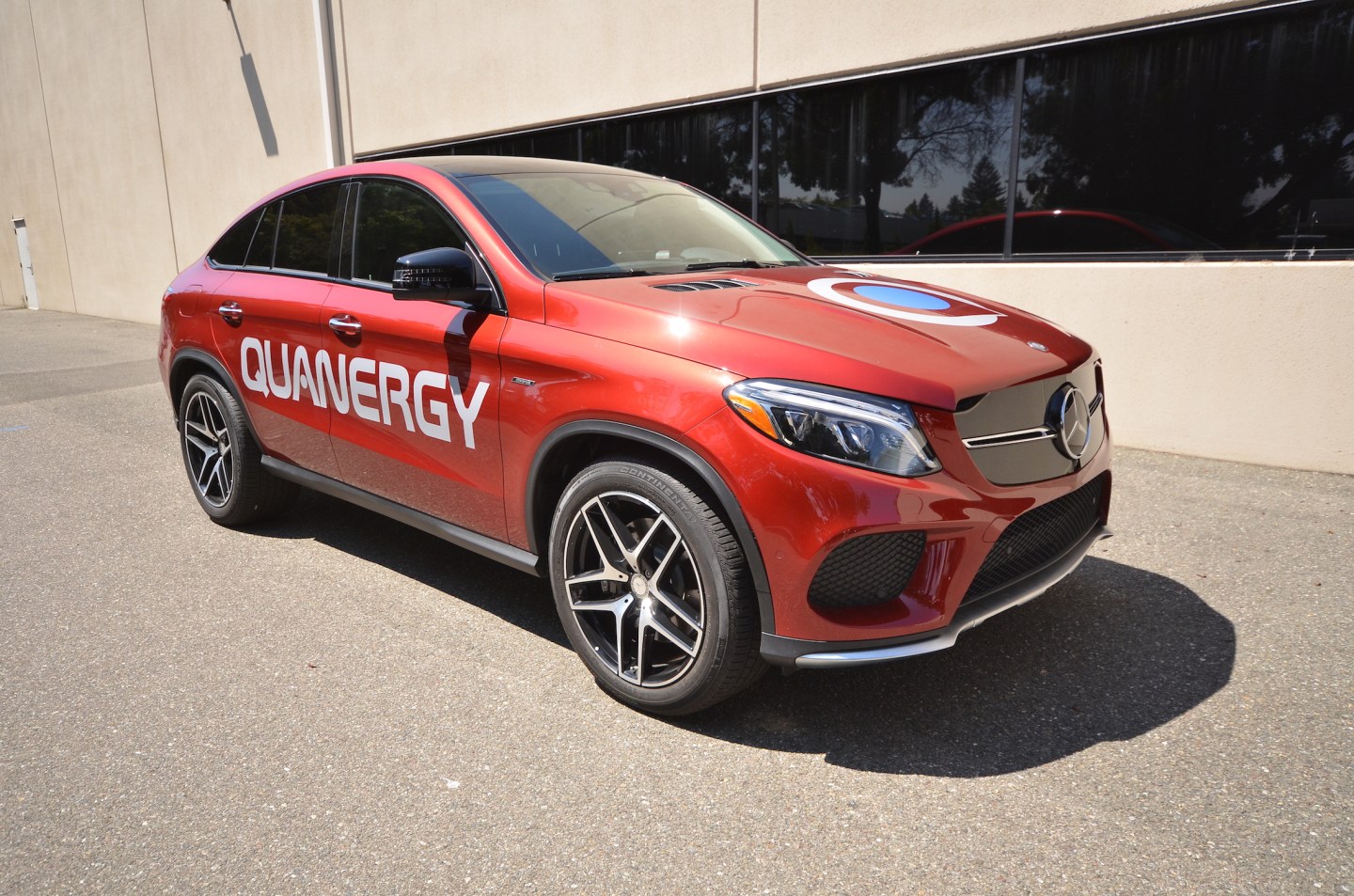 This investment brings the company’s total funds raised to about $150 million.

Self-driving cars use a combination of sensors, cameras, and GPS to detect what’s around them and safely navigate city streets and highways. A number of companies developing self-driving vehicles also rely on light-sensitive radar, known as LiDAR.

LiDAR emits short pulses of laser light so that software in the self-driving vehicle can create a real-time, high-definition 3D image of what’s around it. These sensors shoot out millions of laser pulses a second to detect nearby objects and determine the best driving path.

LiDAR (or it’s radar cousin) can be particularly useful on roads with faded on non-existent lane markings. Google and Ford both use LiDAR on their self-driving test vehicles. But LiDAR sensors are also incredibly expensive. For instance, some of the first LiDAR systems developed by Velodyne cost $80,000. That price has fallen to about $8,000 today for Velodyne’s latest prototype, which is used in the testing of autonomous vehicles.

The high price tag has created an obvious opportunity for companies that figure out how to make a cheap, reliable LiDAR sensor. And investors are taking notice.

Last week, Ford Motor Co. and Chinese search engine Baidu invested $150 million in Velodyne, a leading supplier of LiDAR sensor technology. The money will be used to help Velodyne lower the cost of its LiDAR to a target price in the mid- to lower-$100s by 2018.

Why Ford’s venture into self-driving cars is smart:

Quanergy, which was named one of the 10 most innovative startups last year by Los Angeles Auto Show’s Connected Car Expo, is also chasing a cheaper LiDAR sensor. In January, the Sunnyvale, Calif.-based company introduced a solid state LiDAR sensor, called the S3, that is supposed to cost $250 or less once it reaches production volume. The company has also developed a much smaller and simplified version of this sensor called the S3-Qi that costs about $100 and is designed for drones.

Eldada says the $90 million in new funding will be used to ramp up production with two partners—one in the transportation sector and the other in the security space. Sensata Technologies, the former sensing division of Texas Instruments, will produce the sensors for automotive. Flex, the global electronics manufacturer formerly known as Flextronics, will produce the sensors for security, industrial automation, and 3D mapping applications.

Both companies are building production lines for Quanergy’s S3 LiDAR sensors with plans to be operating by the fourth quarter. The expectation is for both production lines to be at full capacity within the first three months of 2017, Eldada says.

While automotive has always been Quanergy’s focus, demand for the sensors in the security market will drive the company’s volume in the near term, Eldada says.

Quanergy’s LiDAR sensors are being used by five automakers that are developing automated vehicles. The earliest that a consumer could buy a vehicle equipped with Quanergy’s LiDAR will be 2018, according to Eldada, who declined to name any of the automakers the company is working with. The LiDAR could be deployed sooner on non-passenger vehicles used mining and agriculture industries, he added.