How To Deal With Sexism When You Want a Promotion 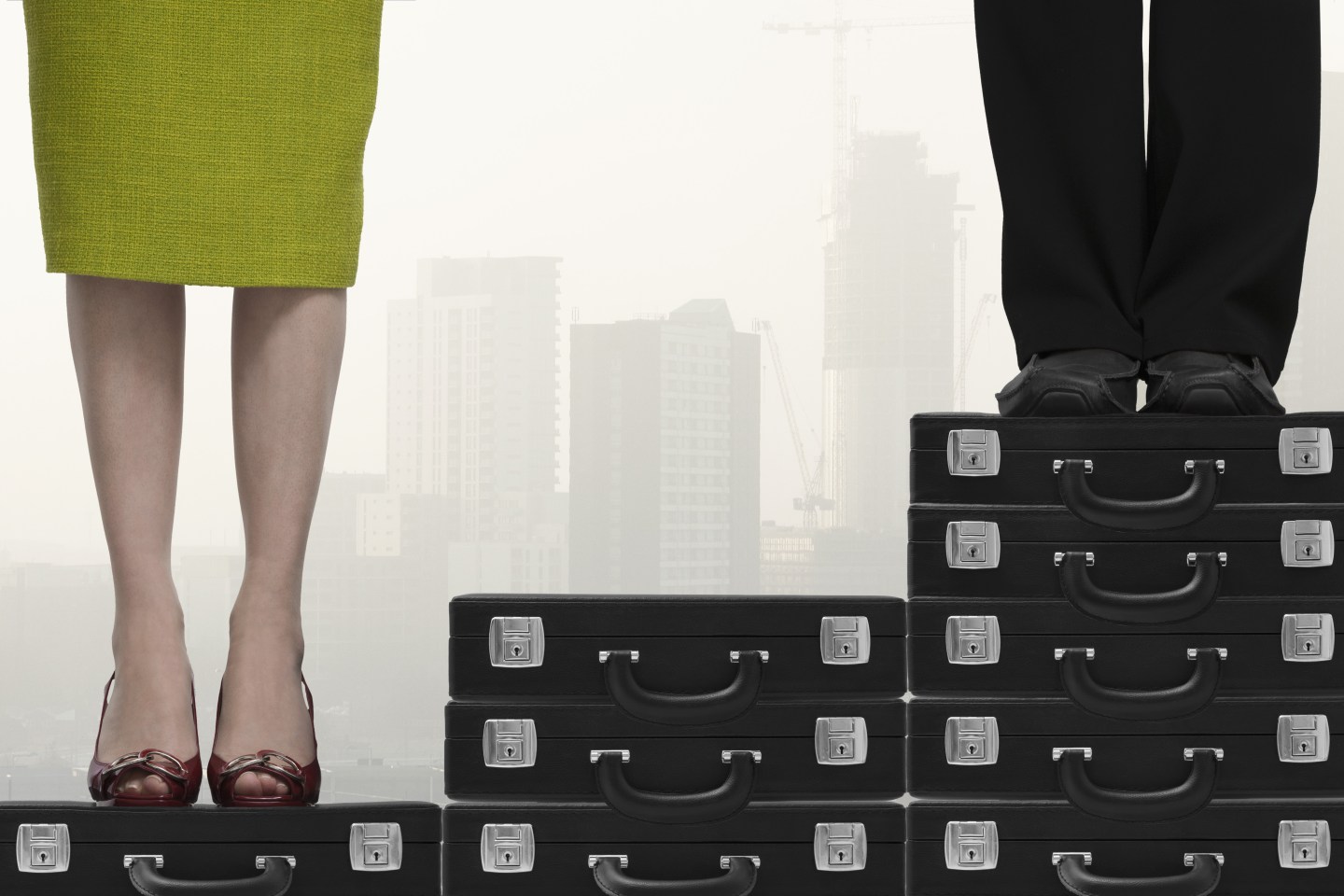 The MPW Insiders Network is an online community where the biggest names in business and beyond answer timely career and leadership questions. Today’s answer for: “How do you deal with sexism at work?” is written by Lauren Stiller Rikleen, author and president of the Rikleen Institute for Strategic Leadership.

Too often, sexism in the workplace remains hidden beneath layers of protection and ingrained cultural norms that excuse the inexcusable. The question, how do you deal with sexism at work, actually places the burden of response on the wrong person. It assumes the recipient must navigate the impenetrable terrain of office politics, power, abuse of power, and subservience.

The lawsuits recently filed against former Fox News CEO Roger Ailes describe a pattern of behavior that created a toxic workplace culture. The victims were left with two tough choices: (1) stay and pursue their career dreams at an office that turned a blind eye to bad behavior; or (2) leave and risknot finding another comparable job or potentially being labeled a ‘troublemaker’ in the eyes of future employers.

The sad fact is that, although the accusations in the Fox litigation are particularly egregious, too many workplaces are complicit in accepting a culture that allows sexism to flourish.

I will never forget the story of a professional recounting her early experience with a senior colleague exhibiting highly inappropriate behavior. She dealt with the situation by making it clear to him that he was never to interact with her that way again. He never did. But decades later, she is still haunted by her own silence that simply allowed him to turn to more vulnerable prey. She is convinced that had she done her own due diligence, she would have found others who had similar experiences and, together, they could have been the united front that forced workplace leaders to halt his behavior.

For years, women have more frequently tended to deal with sexism through stoicism. Often, the behavior is shrouded in the bigger picture. The executive who regularly made uncomfortable comments or told off-color jokes was also a mentor who offered great career advice. But why does good advice have to come with that price? Why should someone get a pass for bad, perhaps even illegal, behavior simply because it is balanced with positive interactions? Is it not reasonable to expect that workplace leaders can provide training, support, and career development without harassment?

Stopping sexism at work is the responsibility of organizational leaders. The issue of sexism can only be “dealt with” in a meaningful way when workplace leaders require adherence to a culture of respect and demand accountability. Fox News settled Gretchen Carlson’s lawsuit against Roger Ailes by reportedly paying her $20 million. According to media reports, Ailes was paid double that amount in severance. Moreover, high level executives at Fox are alleged to have been complicit in covering up his behavior for years. Is there any reason for women in that organization to feel comfortable that there will be a cultural shift?

Each workplace must have a clear and straightforward way for information to be collected, for trends to be spotted, and for those who engage in or otherwise protect sexist behaviors to be held accountable. Only then will there be a proper answer to the question, what are you doing to eliminate sexism in your place of work?