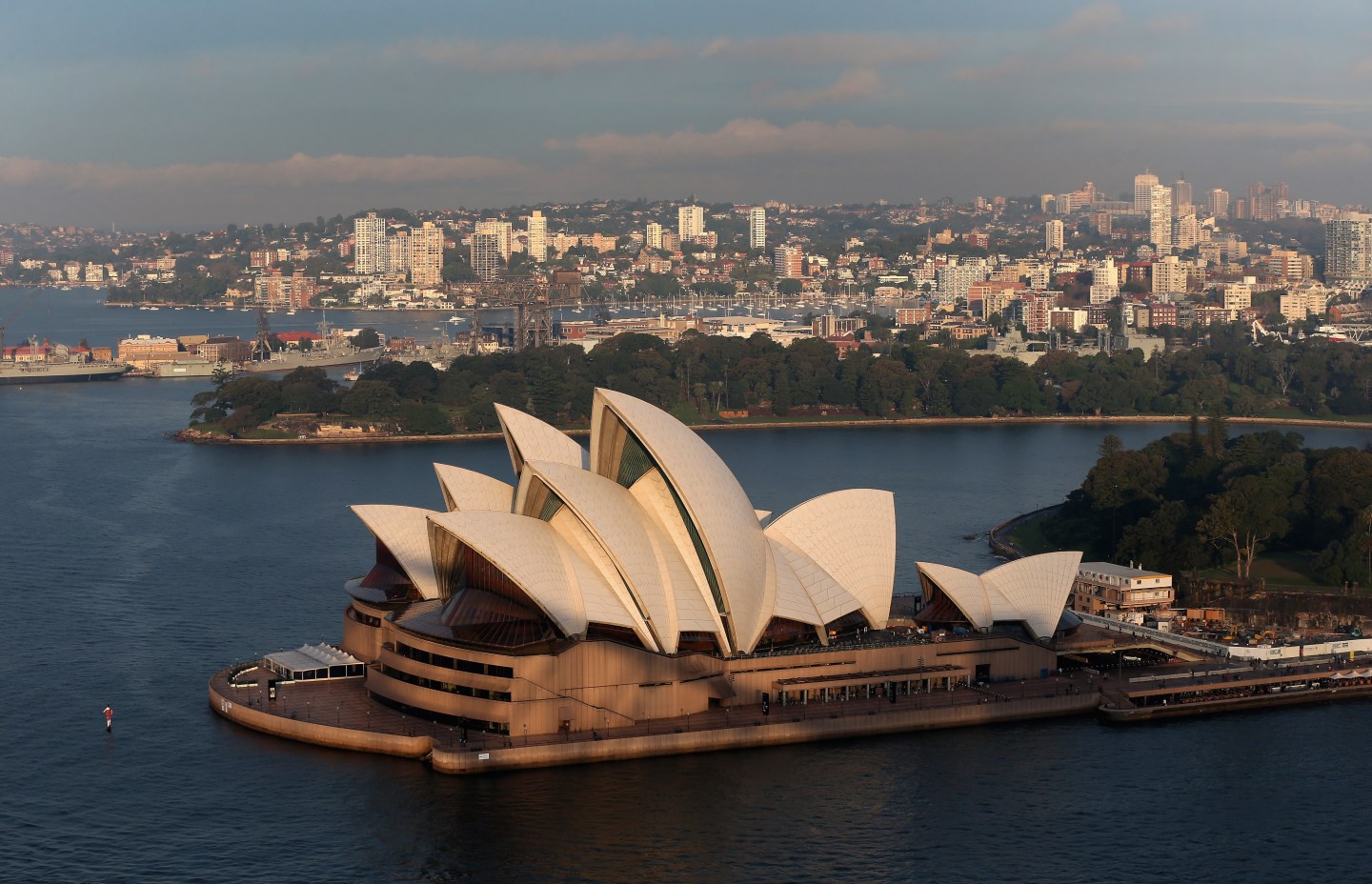 Australia‘s resource-rich economy expanded at its fastest annual pace in four years last quarter, clinching a remarkable run of 25 years without recession as surging exports more than made up for a patchy performance at home.

The local dollar held firm at $0.7662 after news gross domestic product (GDP) rose 3.3% in the year to June, up from around 2.9% the previous quarter.

The value of all goods and services rose 0.5% compared to the first quarter, when output climbed by an unusually strong 1%.

Growth in the quarter was bolstered by a pre-election spurt in government spending combined with modest gains in household spending and home building. That helped offset another steep decline in mining investment, which has been dragging on the economy for more than three years now.

For the year as a whole, international trade was the biggest prop to growth as the hundreds of billions spent on mining projects yielded a bounty of resource exports.

Trade accounted for no less than 2.2 percentage points of growth in the year to June.

That strength in exports belied a much more mixed picture at home, where domestic final demand grew by just 1.2% in the year and household consumption grew by 1.6%.

The report also suggested the economy was not yet running hot enough to revive inflation, with the main GDP price indicator up only 0.3% for the year.

“If we didn’t have a low inflation problem in Australia then these figures would argue against a rate cut,” said Shane Oliver, chief economist at AMP Capital Investors.

“Inflation has been too low for too long and that could argue for the next rate cut in November,” he added. “But I have to say it’s a close call.”

The need for even “stronger growth” was cited by the Reserve Bank of Australia (RBA) when it cut interest rates to record lows of 1.5% in August, and why it might yet ease again.

Financial markets now imply around a 44% chance of a further rate cut by Christmas.

LEADER OF THE PACK

Overall, the Australian Bureau of Statistics estimated annual GDP was worth A$1.65 trillion ($1.26 trillion) in current dollars, or around A$68,929 for each of the country’s 24 million residents.

There was also a welcome pick up in the country’s terms of trade as prices for its major commodity exports bounced following a couple of years of steady decline.

That in turn helped lift national income, while nominal, or current price, GDP climbed 1.3% in the quarter for its best performance since late 2013.

“It appears that the income drag from falling commodity prices is over,” said Michael Blythe, chief economist at CBA.

“Some simple calculations show that just a leveling out in commodity prices would see income growth pick up from 2% a year, to 4-5% over the next couple of years.”

Such a turnaround will be warmly welcomed by the Coalition government of Malcolm Turnbull since it is nominal GDP that drives the tax take and an increase in revenues is desperately needed to rein in runaway budget deficits.