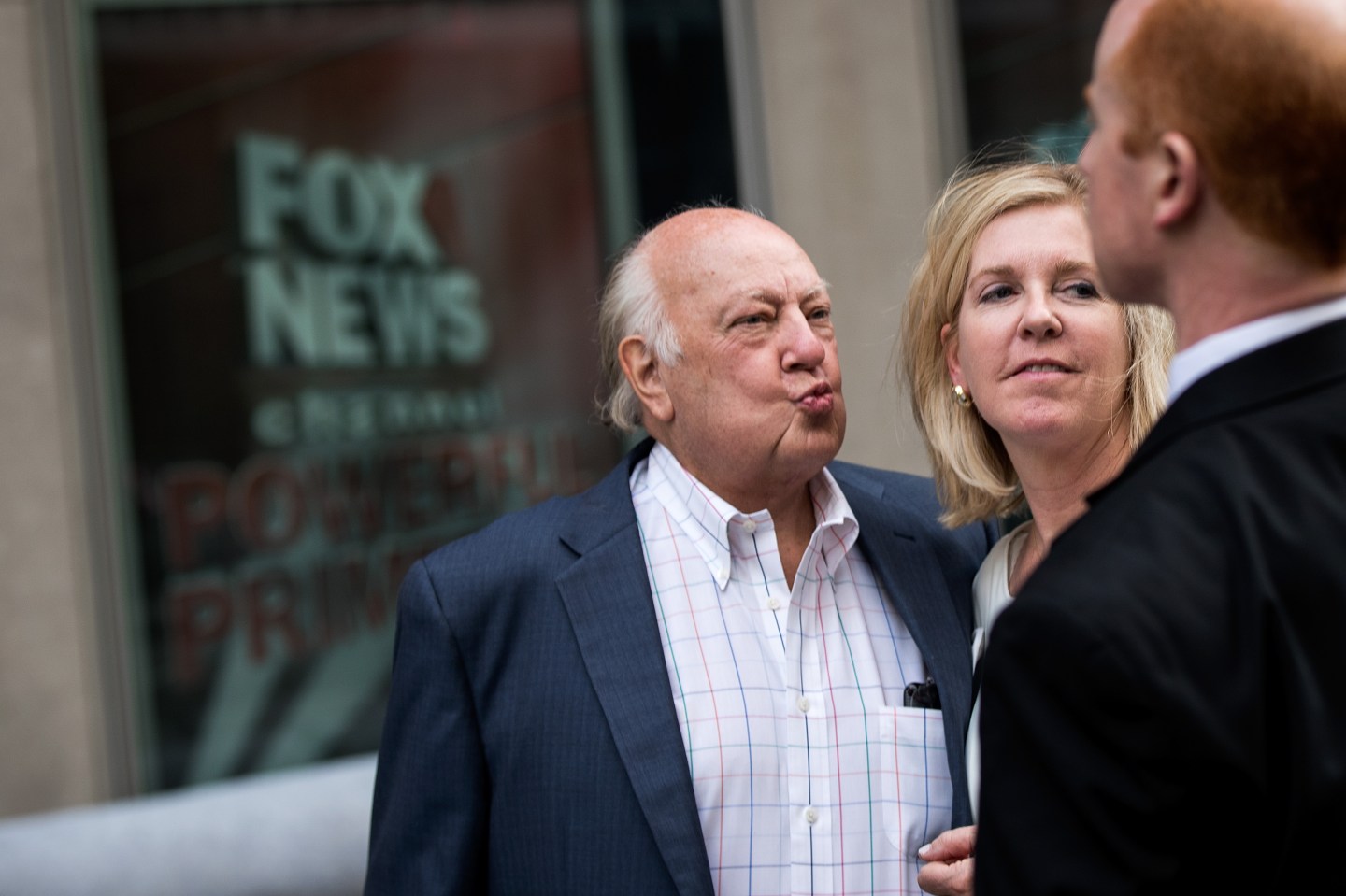 When New York published its exposé of life in Fox News under Roger Ailes, the magazine was well aware he would not be happy. Even before the story’s publication, lawyers for the former CEO began to call reporters with damning quotes about author Gabriel Sherman and his work.

But now it seems that Ailes is angry enough to think about “Gawker-ing” New York.

Ailes has hired Hollywood libel lawyer Charles Harder, better known as the attorney who represented Hulk Hogan in his successful $140 million suit against Gawker, according to the Financial Times. The judgement forced the online media company and its founder Nick Denton into bankruptcy.

See also: The 5 Most Interesting New Allegations About Roger Ailes and Fox News

Harder has already contacted New York, though it’s still not clear whether he will sue.

“New York Media and Gabriel Sherman were contacted by Charles Harder on behalf of Roger and Elizabeth Ailes, asking that we preserve documents related to the Ailes, for a possible defamation claim,” the magazine said in an email statement to Fortune. “The letter sent by Harder was not informative as to the substance of their objections to the reporting. Sherman’s work is and has been carefully reported.”

Sherman has had a contentious relationship with Ailes, having written The Loudest Voice in the Room, a critical 2014 book examining life under Ailes at Fox News. As CNN media correspondent Brian Stelter has reported, a full two years before that book was published, Fox had compiled a 400-page opposition research file on Sherman. And with the publishing of Sherman’s most recent piece, Ailes attorney Mark Mukasey contacted The Daily Beast with some choice commentary on Sherman.

“Gabe Sherman is a virus, and is too small to exist on his own, and has obviously attached himself to the Ailes family to try to suck the life out of them,” Mulkasey said.

In his most recent article, Sherman wrote that former Fox anchor Gretchen Carlson—who filed the sexual harassment suit that led to Ailes’ downfall—had secretly taped conversations with Ailes, that Ailes had acquired the phone records of journalists through what a source called “legally questionable means,” that Murdoch blamed Ailes for employing Fox, to support Donald Trump’s candidacy, and that Ailes’ lawyer mistakenly leaked a copy of his settlement with the network.

Harder has helped stars like George Clooney, Bradley Cooper, Clint Eastwood, and Sandra Bullock remove their names from products they were not paid to support, the FT reports.

The attorney has also worked for the Trump family, representing aspiring first lady Melania when she sued the publisher of the British Daily Mail newspaper and a Maryland blogger after the two published stories saying she had been an escort in the 1990s.

“These defendants made several statements about Mrs. Trump that are 100% false and tremendously damaging to her personal and professional reputation,” Harder said in a statement at the time.

There’s no word whether Silicon Valley billionaire Peter Thiel—who bankrolled Hulk Hogan’s lawsuit against Gawker, paying Harder in the process—will be taking part in the Ailes lawsuit. Though with Ailes receiving a reported $40 million settlement on leaving Fox News, which is owned by 21st Century Fox (FOX), it’s likely that he has the money.

Fortune has contacted Charles Harder and will update the story should he respond.