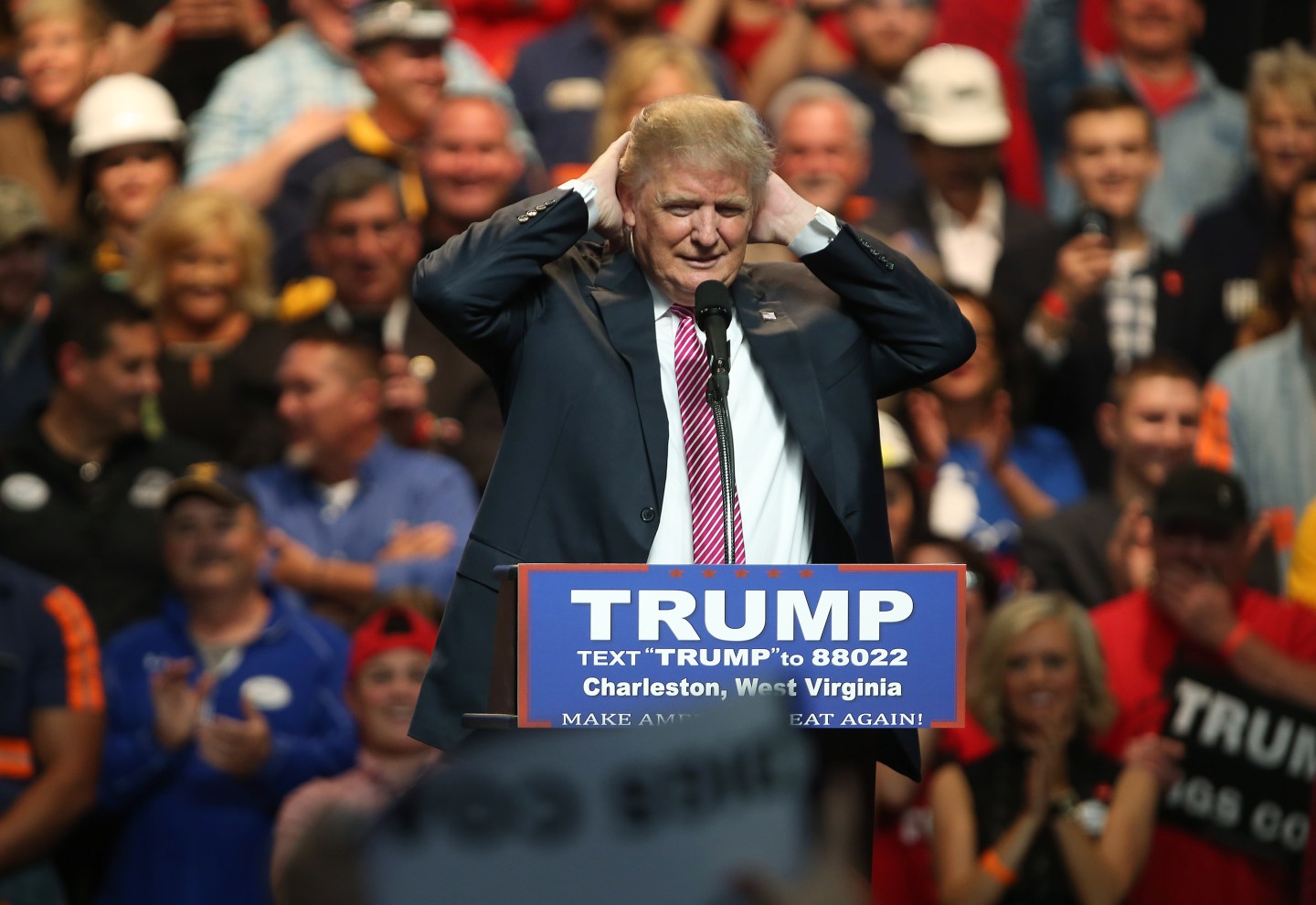 CHARLESTON, WV - MAY 05: Republican Presidential candidate Donald Trump plays with his hair during his rally at the Charleston Civic Center on May 5, 2016 in Charleston, West Virginia. Trump became the Republican presumptive nominee following his landslide win in indiana on Tuesday.(Photo by Mark Lyons/Getty Images)
Photograph by Mark Lyons — Getty Images

A week after the fallout from a high-profile lawsuit forced Gawker to declare bankruptcy and put itself up for sale, the snarky news site could be staring at another legal battle.

On Tuesday, Gawker wrote that its parent company recently received a letter from a lawyer threatening a lawsuit over an article the site ran last month featuring what it described as “a lengthy investigation that sought to solve the enduring mystery of Donald Trump’s infamous mane.” In other words, Gawker could get sued over Donald Trump’s hair.

The letter came from a lawyer claiming to represent New York-based hair-replacement company Ivari International, which was the subject of the Gawker story featuring allegations from unnamed sources claiming that the presumptive GOP presidential nominee paid Ivari $60,000—along with regular fees for upkeep—to maintain his oft-maligned hairdo.

The letter in question was sent by attorney Charles J. Harder, according to Gawker. He’s the lawyer who helped Hulk Hogan successfully sue Gawker for invasion of privacy to the tune of $140 million—a judgement that pushed Gawker Media into bankruptcy, setting up a possible sale to digital media company Ziff Davis.

Silicon Valley billionaire Peter Thiel claimed victory over Gawker after Hogan won that suit, revealing that he had bankrolled the complaint and was paying Harder to pursue various other legal action against Gawker in retaliation for the website outing Thiel as gay in 2007. While Thiel has not specifically identified any other specific lawsuits against Gawker that he has funded, the media company says it is facing multiple other legal actions brought by Harder.

Harder’s letter calls Gawker’s story on Ivari and Trump’s hair “false and defamatory” while accusing the website of libel, invasion of privacy, and tortious interference. Harder and Ivari are threatening a lawsuit while demanding that Gawker remove the offending article from its website and post an apology.

In its article on Tuesday, which includes a full version of Harder’s letter, Gawker writer J.K. Trotter called the claims made by Harder and Ivari owner Edward Ivari “on their face, ridiculous,” before adding that the mission of Harder and Thiel is to “intimidate Gawker and its reporters from publishing true things about public figures.”

Trotter also notes that several of the allegedly “defamatory” statements in the article were actually pulled from information in Ivari’s own marketing materials and from public records such as court documents. One statement Harder and Ivari point to from the Gawker article is a line citing a previous lawsuit against Ivari that included a claim that Edward Ivari “often depicts himself as a doctor” despite his lack of a medical degree.

A letter written by Gawker Media general counsel Heather Dietrick in response to the letter from Harder is also available online. In that letter, Dietrick assures Harder “we take your letter seriously,” but she also asserts that Gawker found “nothing false” in its review of the article on Trump’s hair and that Harder’s initial letter provided no proof to the contrary.

Fortune reached out to Ivari International and Charles Harder for comment and will update this article with any response.

As Gawker’s Trotter points out in his own article this week, Hogan’s lawsuit and the media company’s resulting bankruptcy mean that there would likely be little financial compensation available for any plaintiffs suing Gawker Media. But if it is Thiel who is behind this latest legal move from Harder, then money would seem to be less of a motivator than destroying Gawker.