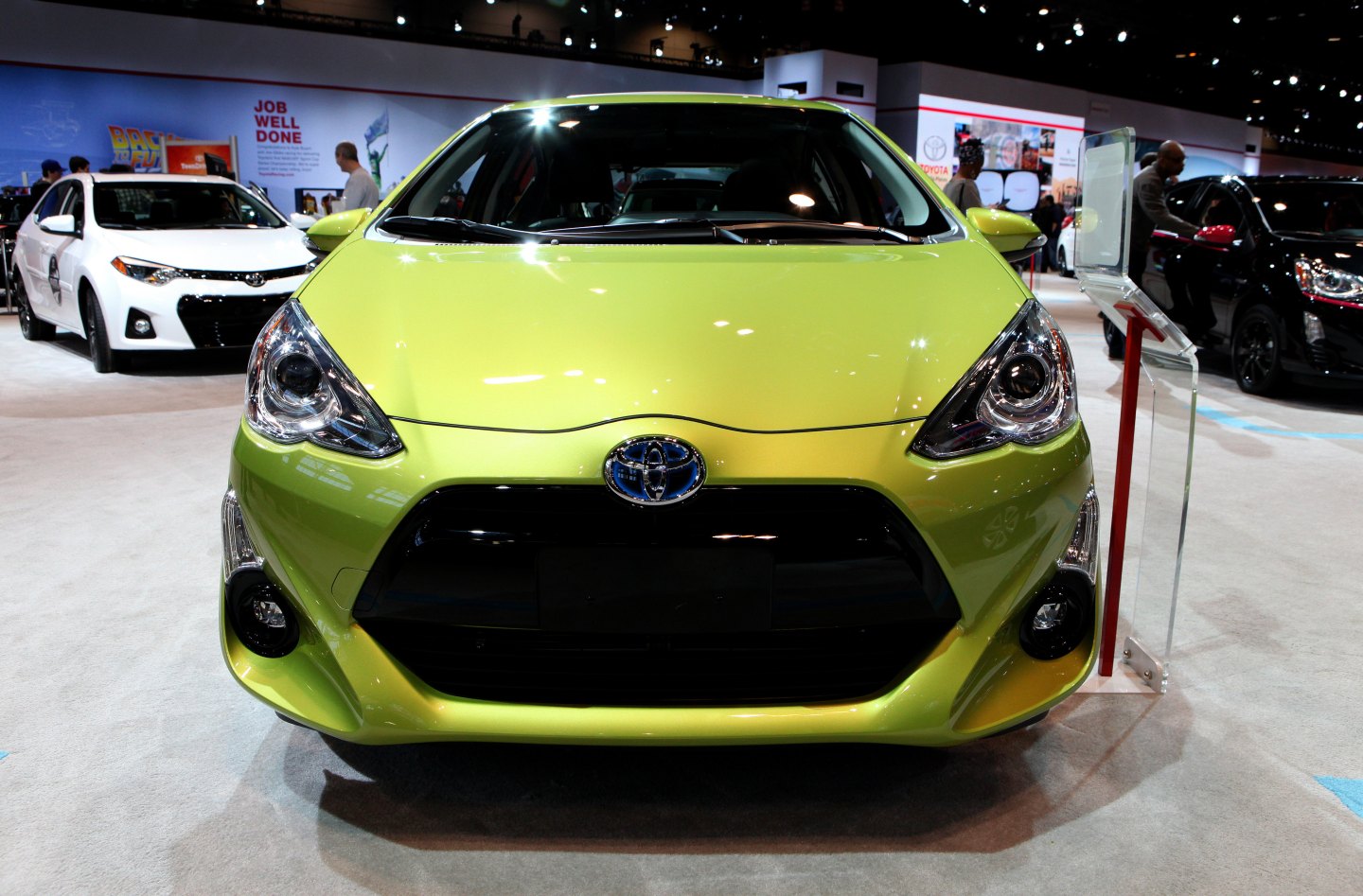 As gasoline prices drop, so do sales of Toyota’s Prius.

Toyota (TM) released its latest Prius model last December with gas mileage of 54 miles per gallon. Despite the impressive fuel efficiency, the Wall Street Journal reports that the car’s sales have decreased significantly after peaking at 1.3 million in 2013. The car appears to be doing well in Japan, having sold 304,000 units of the new vehicle since its launch. Though the U.S. market is much larger, only about a third of that amount has been sold there.

Prius sales in the U.S. are down by about 26% this year. Brendan Harrington, president of Longo Toyota in California, told the Journal that it has nothing to do with the car itself. Longo Toyota is the nation’s largest Toyota dealership, were Prius sales have dropped by 11% compared with 2015. “The entire market has dramatically shifted to light trucks and SUVs with gas under $3 a gallon,” he explained. A Toyota spokesperson told Fortune that Prius still dominates the hybrid sector, making up about 70% of the market.

Strangely enough, gas prices don’t seem to have as much of an effect on Prius sales in Japan as they do in the U.S. Hisashi Nakai, head of Toyota’s technology communications group, says that because people drive more often in the U.S., they want larger cars. But in Japan “hybrids will sell well regardless of the gas prices,” he told the Journal. Gas prices in Japan are currently about $4.50 a gallon.

Hybrid sales in the auto industry overall are down by 14.4% this year, and Toyota is trying to make up for it by producing more pickup trucks. Comparatively, the company is doing better than some of its fellow carmakers. Though overall sales were down 5% as of August, sales at General Motors (GM) and Ford (F) were down even more.

“We take a long-term view when it comes to product decisions,” a Toyota spokesperson told Fortune. “While fuel prices are currently low, which tends to result in more truck and SUV sales, they will ebb and flow over time.”