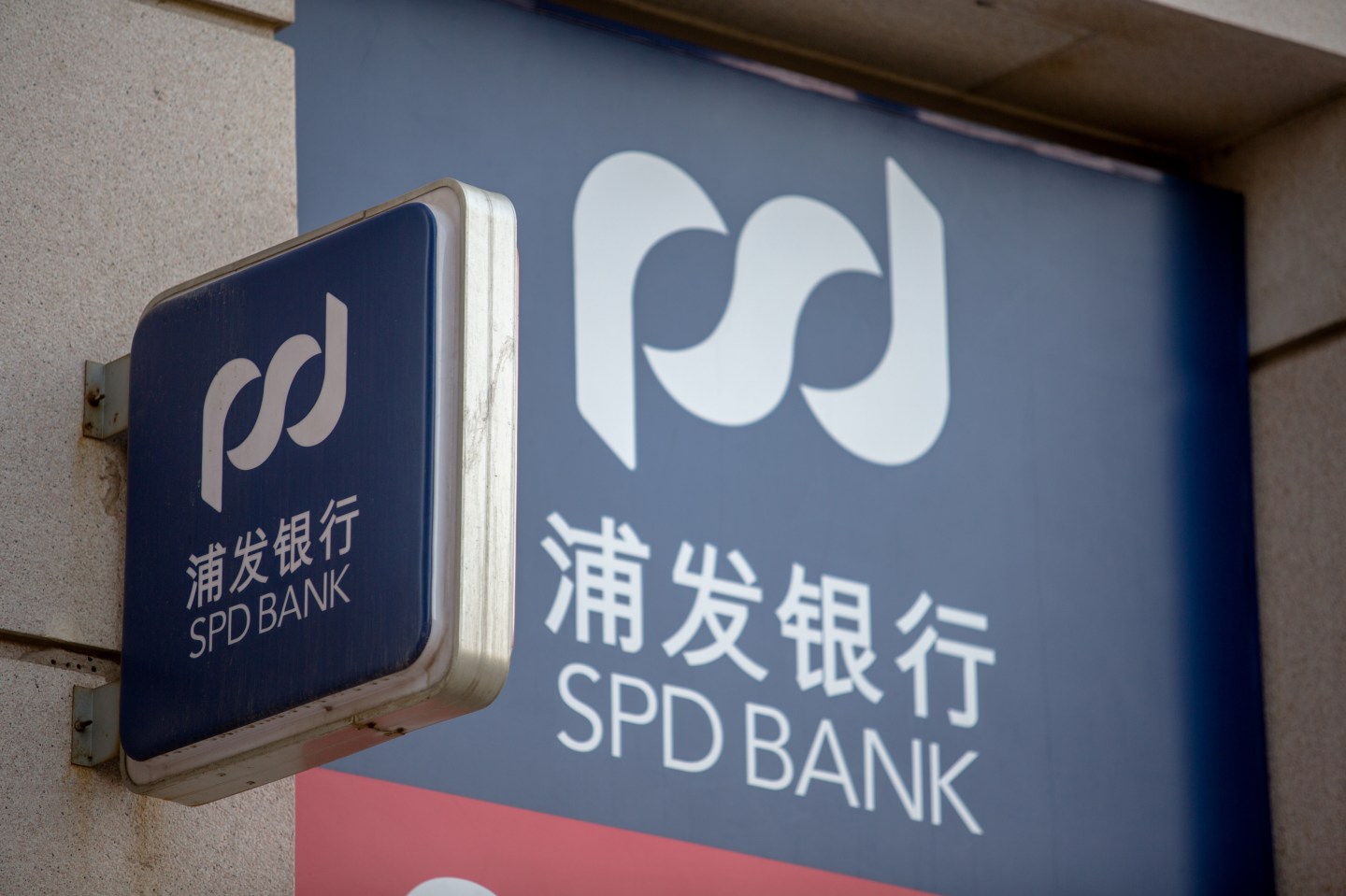 TIANJIN, CHINA - 2015/02/23: Logo of SPD Bank. In 2015, Shanghai Pudong Development Bank Co Ltd (SPDB), one of China's top-10 listed banks, a 10-20 percent pay cut will happen at headquarters. As part of anti-graft movement, some state-owned lenders have quietly cut up to a half pay and perks for senior-level bankers, which triggered a rush for the exit and better-paid positions elsewhere. (Photo by Zhang Peng/LightRocket via Getty Images)
Zhang Peng/LightRocket via Getty Images

Shadow lending by listed Chinese banks surged in the first half, underlining the challenges faced by the country’s banking regulator as it tries to rein in the use of opaque lending structures that are seen as a threat to financial stability.

China’s lenders, led by the mid-tier banks, have been increasing their use of shadow lending products for years, as they can offer higher returns and tie up less of a bank’s capital than traditional lending.

But they also disguise the quality of a bank’s balance sheet, and sector-wide make it harder for regulators to assess systemic risk and the volume of lending in the economy.

A Reuters analysis of bank filings shows Shanghai Pudong Development Bank (SHANGHAI-PUDONG-DEVELOPMENT-BANK), a leading joint-stock lender, increased its receivables for trust schemes and asset management plans, or so-called shadow loans, by 14% in the first six months of the year to 1.27 trillion yuan ($190 billion), giving it China’s biggest portfolio of such products.

See also: Here’s How Much China’s Outbound Investment Is Projected to Jump In H2

Minsheng and Zheshang both reported an 86% rise, the fastest among their listed peers, according to Reuters calculations.

“I’m actually a bit surprised that some smaller banks were still growing those positions,” said Wei Hou, AB Bernstein banking analyst. Given the regulatory push, the trend ought to be going the other way, he added.

See also: Here Are Some of China’s New Rules on P2P Lending

The CBRC has tried to address the rampant growth of these shadow lending products, particularly at mid-sized banks.

In April it issued Document 82 to lenders, which most bankers and analysts interpreted as an attempt to compel banks to increase provisioning on shadow loans and bring them in line with normal loans.

Some analysts at the time said the move could force banks to seek fresh capital to shore up their balance sheets, a prospect that has become more likely as banks‘ capital positions deteriorated during the first half.

Shadow loans had already reached 12.6 trillion yuan at the end of last year, according to calculations by UBS, about a fifth of China’s entire annual economic output.

That is particularly worrying since Chinese banks‘ non-performing loans are already at a record high, according to official figures, and most analysts think the real figures are several times worse.

The accounting treatment of these loan-like trust and asset management plans is significantly different.

“These shadow loans are not subjected to the same rules as the loan book, despite being largely credit in nature,” said UBS Securities analyst Jason Bedford.

“As a result, normal limitations in the loan books, such as single-borrower exposure limits and non-performing loan recognition rules, don’t apply.”

Though the impact of the CBRC intervention is not evident in most of the listed banks‘ first-half filings, there are some positive signs.

China Merchants Bank (CIHHF) was one of the rare lenders to scale down its shadow loans in the first half, with a 23% decrease in receivables from trust schemes and asset management plans to 528.7 billion yuan, according to Reuters calculations.

The bank’s deputy president, Li Hao, who acknowledged that “to some degree, the bank’s non-standard investments are loans,” indicated a change of approach was taking hold at the bank.

“For the future, the bank’s practice will be more standardized when it comes to new investments,” Li said. “They will no longer be put under the category of non-standard investments, but will be classified as loans,” he told analysts on a post-results conference call.

Hou from AB Bernstein said he expected that mid-tier and smaller banks would scale down their investment receivable positions in the second-half of the year, else the regulator would come out with “more targeted policies.”

But, he added, while stronger banks can cut their risks or increase provisions for their shadow loan holdings, it was more problematic for the weaker lenders.

“For banks facing big operational pressure, increasing provisions or bringing those high-risk investments back on their loan book would hit an already weak bottom line.”