Why Estate Jewelry Is Sparkling 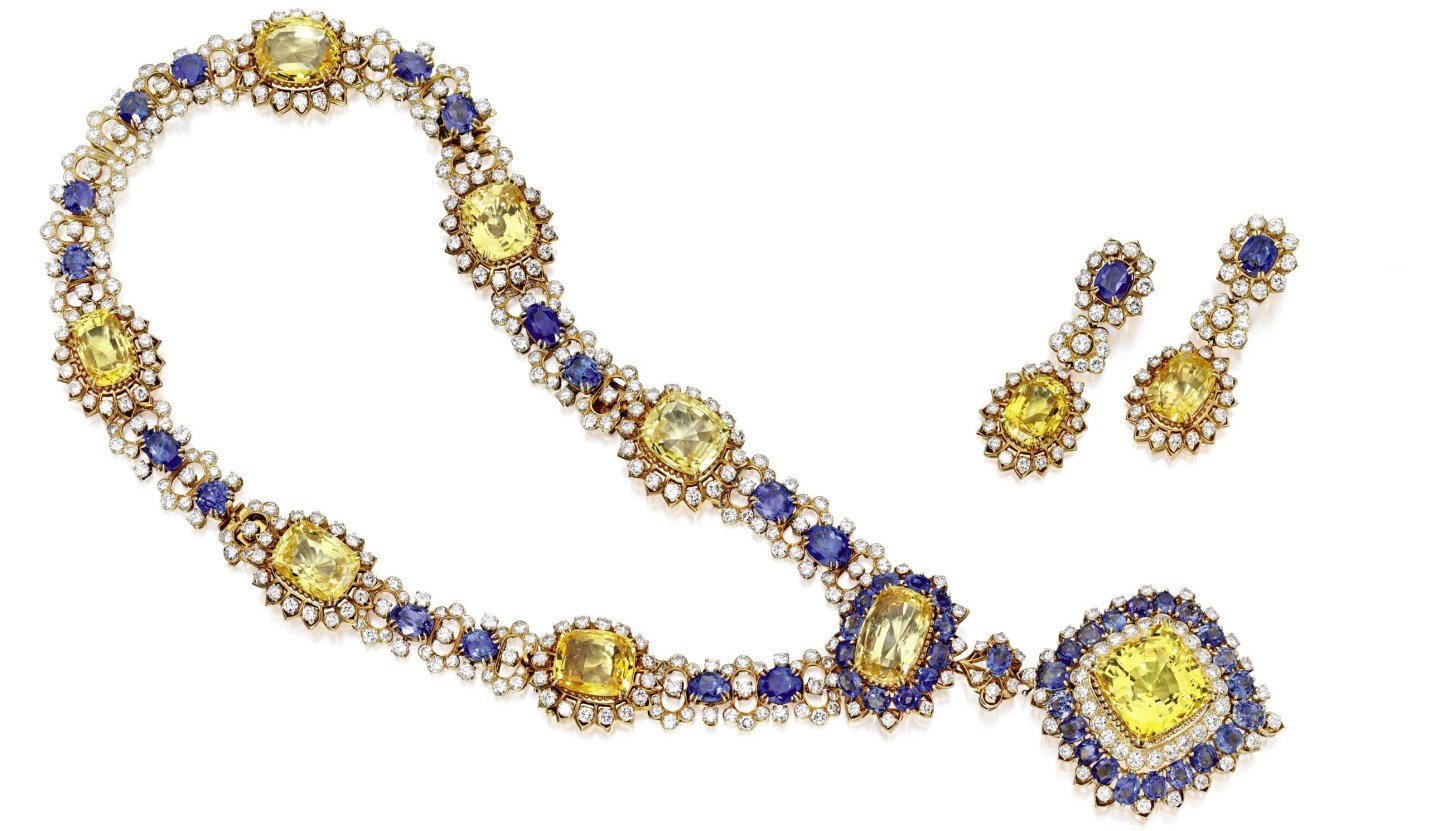 Every collectors’ market has its turning point. For estate jewelry, it may well have been 1987, when a dazzling array of jewelry that the Duke of Windsor had bestowed on his duchess, the former Wallis Simpson, went under the hammer at Sotheby’s. It sold for over $50 million—six times the expected figure. “The Duchess of Windsor sale really brought [estate] jewelry into the realm of art,” says Frank Everett, senior vice president and sales director of jewelry at Sotheby’s.

Since then, like an upmarket entrepôt, the major auction houses have become a glamorous funnel for storied jewels, a source to acquire rare, one-of-a-kind handcrafted pieces—and perhaps make an investment too. Fueled in part by the global expansion of wealth and the spike in financially independent women buying jewelry for themselves, Sotheby’s jewelry sales hit $571 million in 2015, a 46% jump from $390 million in 2011.

On Sept. 22, Sotheby’s is launching its two-day “Important Jewels” sale in New York, featuring a selection of signature pieces from every important era and every celebrated maker. From exquisite diamond rings to precious stones fashioned into fanciful brooches and sumptuous necklaces, the Sotheby’s sale showcases an ornate 18-karat gold, sapphire, and diamond necklace and ear clips with a detachable 84.90-carat, cushion-cut, yellow Ceylon sapphire by Van Cleef & Arpels, estimated to sell at between $150,000 to $200,000. Another star is a 1942 platinum and diamond brooch shaped into a curved bow, also by Van Cleef & Arpels, estimated to bring between $50,000 and $70,000.

Such baubles are alluring, but do your due diligence. “Jewelry can be a bit of the Wild West,” says Fiona Druckenmiller, a former Dreyfus hedge fund portfolio manager who opened New York’s FD Gallery in 2010.

First, pay attention to authenticity and rarity. The major auction houses, such as Sotheby’s and Christie’s, stand behind the authenticity of the pieces they are selling; they usually provide gemological certifications. Try to buy from a known and reputable dealer.

When it comes to buying rubies and sapphires, value is based on quality, cut, carat, clarity, condition, and country of origin. For instance, the finest rubies hail from ancient mines in Burma (now Myanmar) and are prized for their clean, “pigeon-blood” red.

In the world of antique, vintage, and estate jewelry, signed pieces by the maker can mean the difference between a lovely item and an appreciating asset. A signed object also makes it harder to knock off. The blue-chip makers remain the standard-bearers: Bulgari, Cartier, and Van Cleef & Arpels continue to be coveted by savvy collectors.

Currently, according to Everett, mid-century Van Cleef & Arpels and 1970s Bulgari are highly desired. That said, Art Deco remains timeless, with objects by Cartier the most sought-after. “Certain pieces,” says Everett, “appreciate in value like a Rothko and can be a wise investment.”

Singular among them are Cartier’s signature “Tutti Frutti” jewels. Created in an opulent style that first became popular in the 1920s, the pieces combine Indian carving techniques and French platinum and diamond mountings. In 2014, Sotheby’s set a world record, selling a Tutti Frutti bracelet owned by the late Evelyn Lauder for $2.1 million.

There still are relative bargains to be found. An unsigned, classic Art Deco diamond-strap bracelet is one of them. “In the 1920s they pumped them out,” Everett says. “You’re paying for the materials, and the quality was quite high.” According to Everett, such a bracelet at auction can usually be had for between $15,000 and $20,000, compared with a contemporary piece with similar materials and carat weight that may sell for as much as $100,000.

Then there are those objects that collectors view as holy grails. Topping that list are the pieces made by the Parisian jeweler JAR. “Every piece by JAR is unique,” says Everett. “Women who own them don’t tend to give them up. Maybe two or three surface at auction in a year.”

After all, a brilliant Rothko may dazzle, but you can’t wear one out to dinner.

For more on jewelry sales, watch this Fortune video: