What to Do If You Already Bought a Samsung Note 7 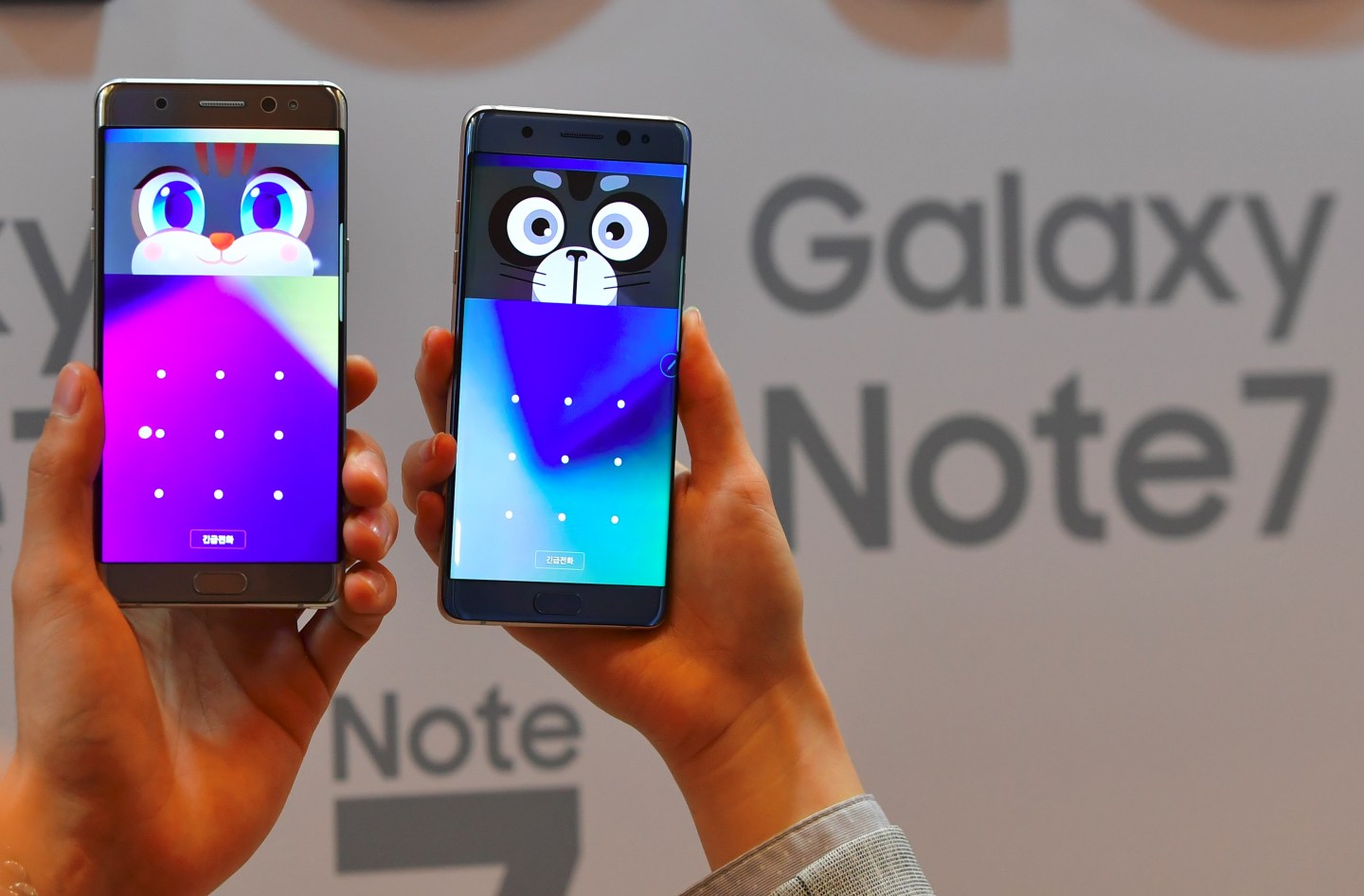 After several dozen reports of faulty batteries, Samsung moved quickly to announce a full recall of its brand new phablet, the Galaxy Note 7, on Friday.

Early on Friday, Samsung said it would voluntarily replace all current Note 7 devices “over coming weeks,” but did announce the procedure for current owners. “We are working closely with our partners to ensure the replacement experience is as convenient and efficient as possible,” Samsung said in a statement.

Later in the day, the company said it would offer two options. Note 7 owners will be able to exchange their current device for a new Note 7. Or, more immediately, they may exchange it for a Galaxy S7 or Galaxy S7 edge smartphone and get a refund for any difference in price. Customers will receive a $25 credit on their phone bill or a $25 gift certificate.

Then, on September 10, after the Consumer Product Safety Commission launched an official recall of the Note 7, Samsung switched course. Consumers can still turn in the device for a a different device or full refund. But Samsung withdrew its pledge of quickly being able to swap a defective Note 7 for a replacement. Now it cannot offer a new Note 7 until the safety commission agrees. So Samsung said consumers could get a cheaper model phone to use until the new, non-defective Note 7 is approved.

Among the company’s partners are the four major U.S. mobile carriers: Verizon, AT&T, T-Mobile, and Sprint. Customers who purchased a Note 7 through one of the carriers and don’t want to wait for Samsung’s exchange program will able return or exchange the devices, the companies said.

At Verizon, Note 7 buyers who want a refund or exchange won’t be charged the usual return fee for restocking a phone.

“This morning, Samsung announced a voluntary recall of the Galaxy Note7 in response to an issue with the device’s battery,” Verizon said in a statement on Friday. “Because customer safety is our top priority, Verizon has stopped selling the Galaxy Note7. Additionally, through September 30, 2016, Verizon is waiving the restocking fee for any customers who purchased a Galaxy Note7 and wish to return or exchange it.”

New orders for the phone have been delayed until September 30, according to Verizon’s (VZ) web site.

For more on the Galaxy Note 7 recall, watch:

AT&T said it has stopped selling the device, but as of Friday morning was still working on its return procedure. “We are in the process of determining the exchange process for our customers and how they can replace their current Note7 as quickly as possible,” the company said in a statement. “We will have more information later today.”

The Note 7 was not shown on AT&T’s (T) web site. It was still selling the older Note 5 model.

Later on Friday, AT&T said customers could exchange a Note 7 for a Galaxy S7, Galaxy S7 edge, Galaxy S7 active, a defect-free Galaxy Note 7 or any other smartphone. Customers will receive a $25 credit on their bill.

At T-Mobile, CEO John Legere quickly jumped on Twitter, his preferred communications medium with customers, to announce refunds. “We are making sure T-Mobile Samsung Note7 customers are taken care of,” Legere tweeted. “They can return the device for a full refund.”

T-Mobile (TMUS) said in an accompanying statement that it will offer refunds on the Note 7 and any shipping fees or purchases of related accessories, as well. T-Mobile will also waive its usual restocking fee. Customers will get to keep the free, year-long Netflix subscription they received for pre-ordering the Note 7. Customers “can then use their refund to choose a similar device or any device in T-Mobile’s stores, including a new Note7 replacement which we expect to be available in the next two weeks,” T-Mobile said.

Sprint (S) offered to exchange any customer’s Note 7 for a similar device. “We are working closely with Samsung to ensure those customers who already have purchased the device are taken care of,” Sprint said in a statement. “For those customers that previously purchased the Note 7 we will offer them a similar device until the issue is resolved. Customers should go to a nearby Sprint store to exchange their Note 7 device.”

CEO Marcelo Claure also took to Twitter, promising “We are taking care of our customers. Note 7 customers can exchange their device at any Sprint store.”