Hillary Clinton Just Had an Incredible Month of Fundraising 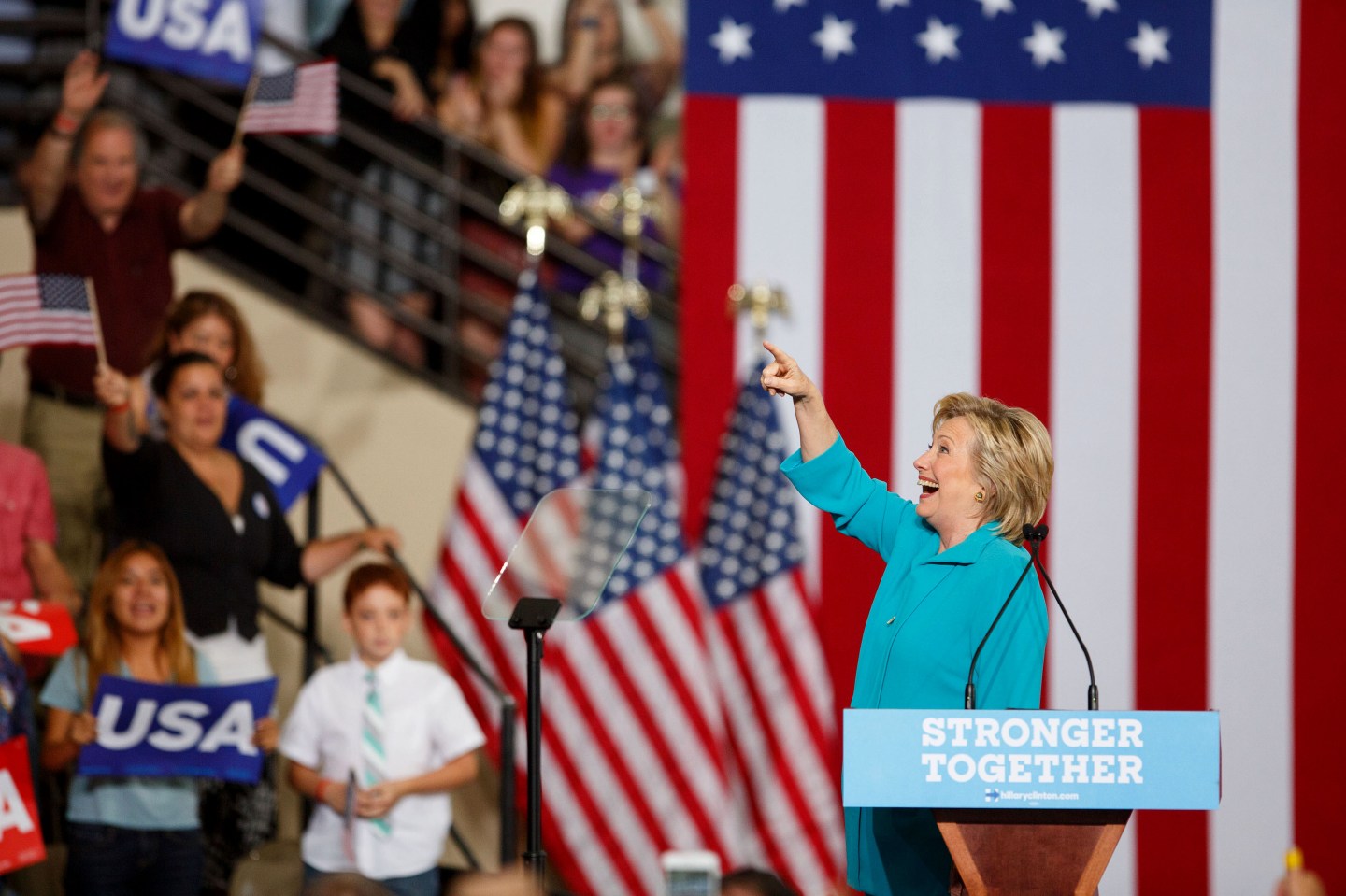 Hillary Clinton and the Democratic Party just had their best fundraising month yet.

The presidential candidate released her fundraising totals for the month of August when she raised $143 million for her campaign and party—an impressive 58% jump from July’s $90 million. According to the Washington Post, $62 million was donated to her campaign committee and $81 million went to the Democratic National Committee and state parties.

Clinton’s busy schedule last month may have had something to do with the increase in money. She attended upwards of 70 fundraising events in August alongside her pick for vice president, Tim Kaine.

Interestingly, donations to Clinton’s campaign didn’t go up at all as she also raised $62 million in July. The fundraising spike was attributed directly to the Democratic Party, which pulled in nearly three times as much in donations as it did in July.

Her Republican rival Donald Trump has yet to release his fundraising totals for the month of August. While Trump’s totals have consistently fallen far below Clinton’s, he did see a significant uptick in small donations below $200 last month. If that trend continues, he could end up posting an impressive fundraising month as well.

Neither candidate’s campaign could immediately be reached for comment.