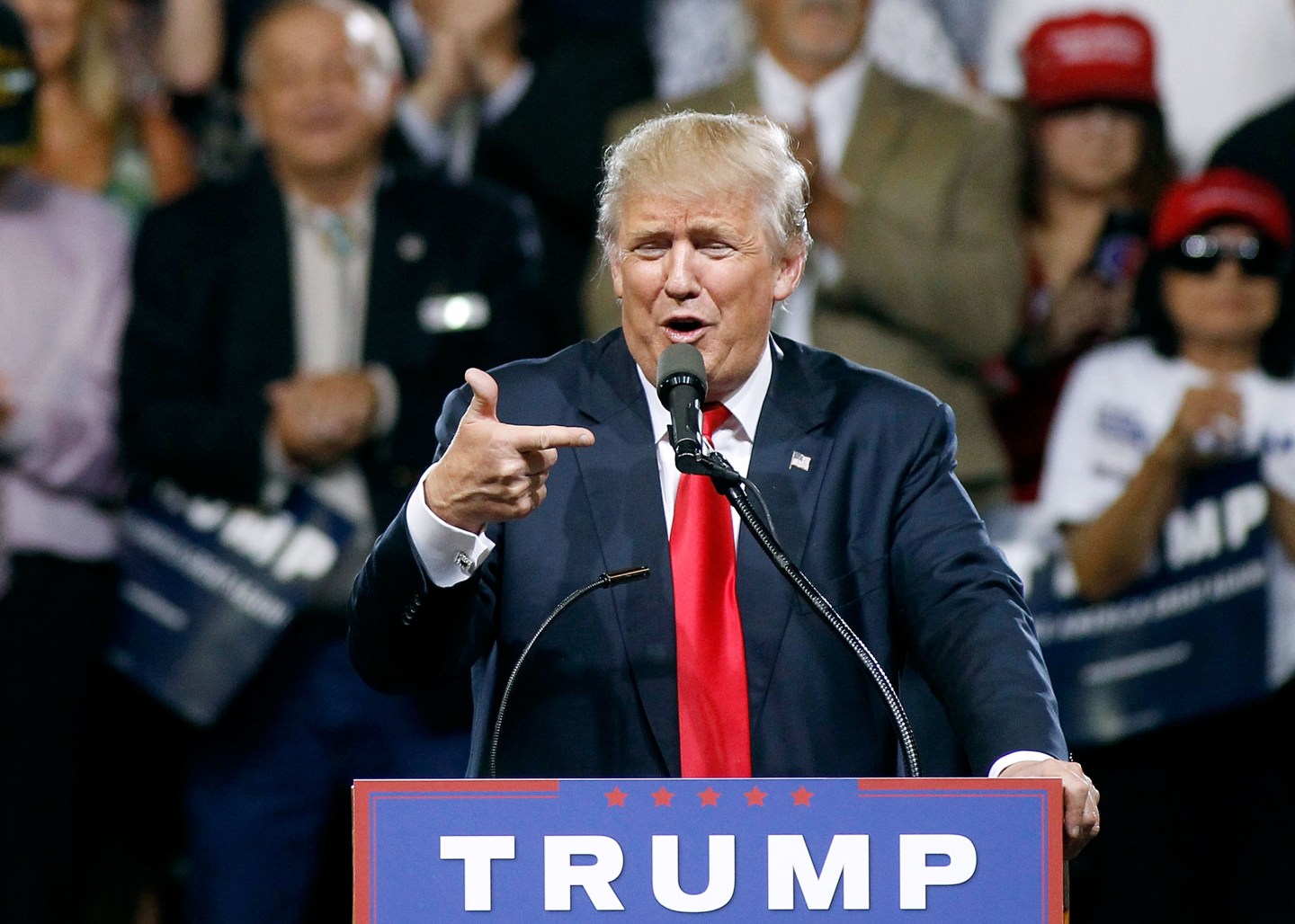 Together, Trump and the Republican National Committee brought in about $18.6 million in May, including another loan from the candidate. Clinton and the Democratic National Committee raised more than double that. His campaign started June with $1.3 million in the bank; hers, with $42 million.

Wealthy Clinton donors also chipped in another $12 million for a super PAC supporting her, while one backing Trump pulled in just over $1 million.

Here are the highlights of the most recent fundraising reports in the 2016 federal elections:

Neither Trump nor his party saw an immediate fundraising boost last month, even though he emerged victorious on May 4 after a primary contest once crowded with 16 opponents.

Donors gave just over $3 million to Trump’s campaign. The billionaire businessman lent his effort another $2.2 million, bringing his total outlay over the past year to about $46 million.

The RNC — which Trump says he is counting on to provide much of his general election operations — took in about $13 million last month. That’s about what it raised in April, without a presidential candidate to generate fundraising enthusiasm.

The figures appear to undercut Trump’s comments that money is “pouring in” to the party.

Great America PAC, one of several groups that say they want to help Trump win the White House, took in $1.4 million last month, the most it has raised so far.

One of its top donors was Stanley Hubbard, a Minnesota-based broadcasting executive who decided to back Trump after putting money behind many of his GOP rivals in the primary contest. He gave $25,000. Douglas Kimmelman, an investment manager at Energy Capital Partners, gave $50,000.

The super PAC also benefited from about $83,000 in donated television production by Rapid Response Television, which lists an address in Stafford, Texas.

Most of the other pro-Trump groups were not due to file Monday, having either just formed recently or being subject to a different reporting schedule.

Clinton’s campaign raised more than $26 million in May, her fundraising report shows.

Throughout May, Clinton was embroiled in a primary contest with Vermont Sen. Bernie Sanders, and she spent about $14 million, the May report shows.

For his part, Sanders raised $16.4 million and spent $12.9 million last month. He started June with $9.2 million in cash, which was better than he did in April, when he ended the month with only $5.7 million on hand.

Clinton also had a hand in bringing in money for the DNC in May.

Donors are beginning to give big to efforts beyond the presidential race.

Freedom Partners is focusing on retaining the Republican Senate majority. The group has already produced ads against Democratic candidates Ted Strickland in Ohio and Russ Feingold in Wisconsin, among others, and began June with almost $14 million in available cash.