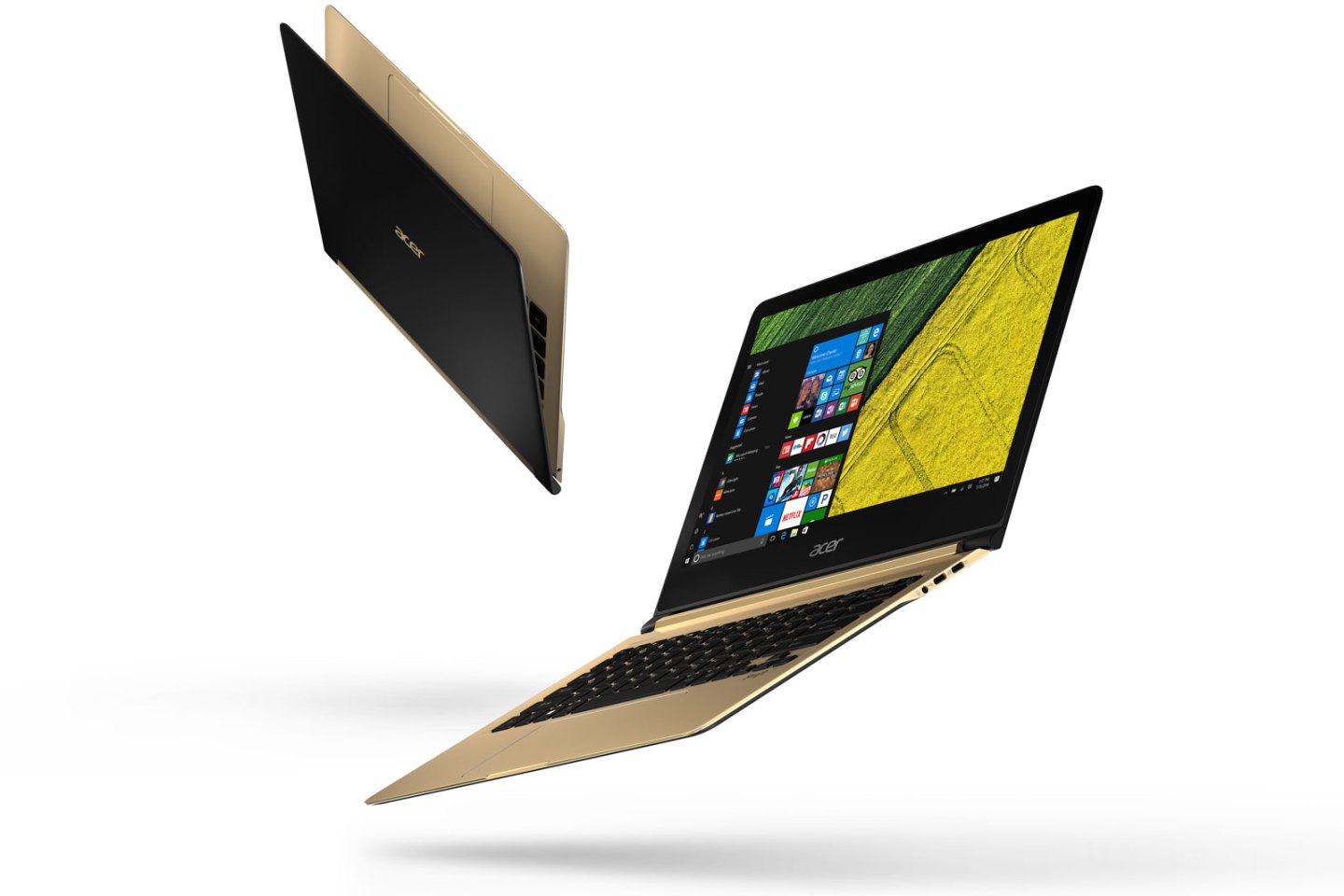 Remember when the MacBook Air came out and everyone marvelled at how thin it was? That’s such old hat these days.

Acer (ASIYF) has just announced what it claims is the world’s first laptop that’s less than one centimeter (0.39″) in thickness. Not by much, mind you—the new Swift 7 is precisely 9.98mm thick.

That’s even thinner than Hewlett-Packard’s (HPE) Spectre, which HP currently markets as the thinnest laptop out there. The Spectre is 10.4mm thick. Both laptops weigh around 1.1kg (2.43lb).

Apple’s (AAPL) current MacBook Air is relatively girthsome with a thickness of 0.68″ and a weight of 2.96lb. Of course, that model is reportedly set for a refresh this month along with many of Apple’s other devices.

Acer’s world’s-thinnest claim is debatable. Lenovo (LNVGY) has also used the IFA tech show in Berlin to reveal its new Yoga Book, which is just 0.38″ thick.

The Yoga Book has a peculiar keyboard, though—dubbed the “Halo Keyboard,” it’s actually a touchscreen with a “rough” surface and haptic feedback. Lenovo calls the Yoga Book a tablet rather than a laptop, though some observers disagree.

For more on laptops, watch our video.

The Swift 7, which has a 13.3″ screen, has a proper keyboard, along with a full-fat Intel (INTC) Core i5 processor (the Yoga Book uses the lower-powered Atom chipset). Acer is claiming a nine-hour battery life, though it’s probably best to wait for real-world tests to see how that bears out.