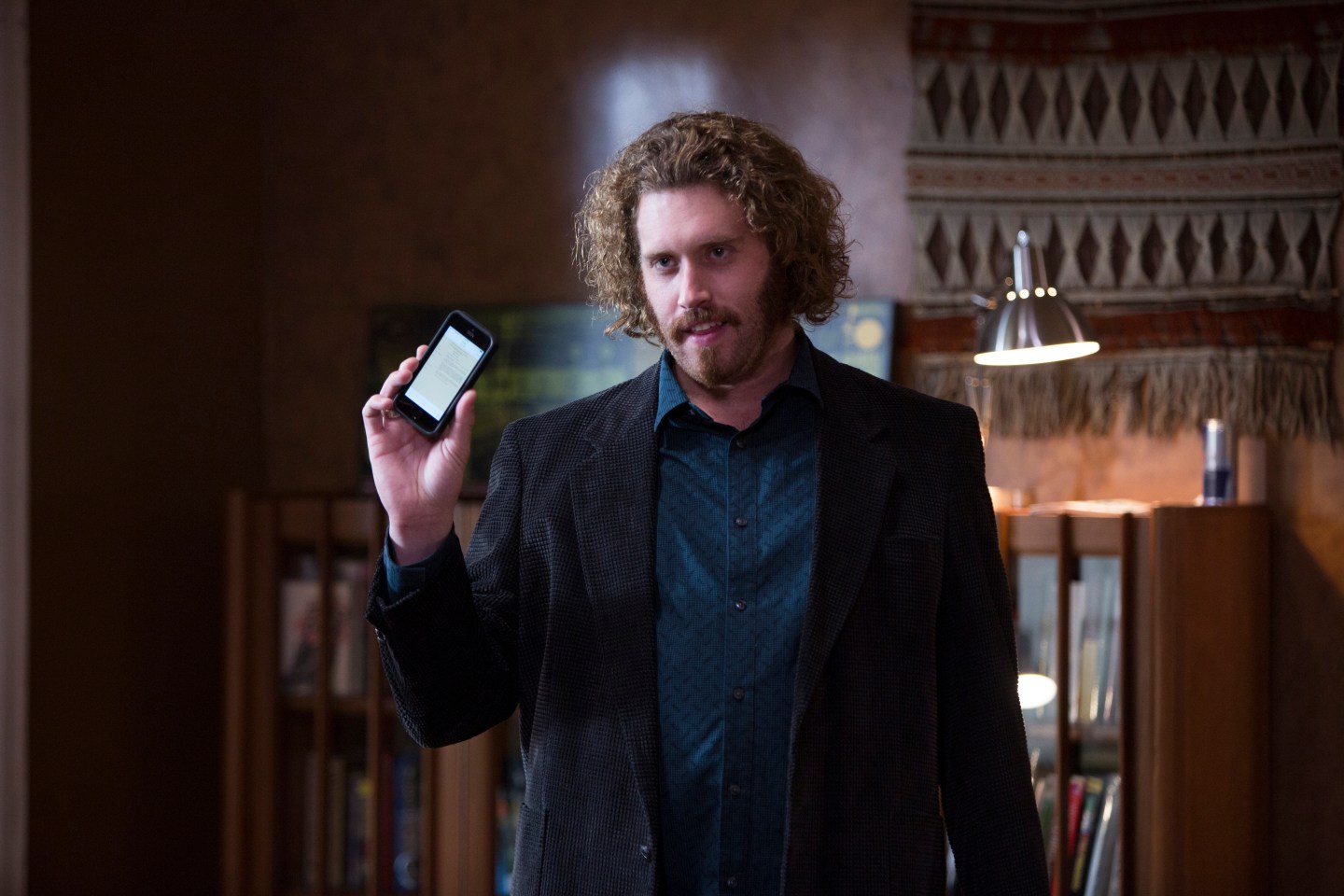 Missed opportunities: Everyone’s got them. Some venture capitalists even keep private lists of them.

But one particular company isn’t on their lists.

Fortune has learned that Aviato*, a social media aggregation and management software for commercial airlines founded by Erlich Bachman, has been widely passed on by investors, despite reports a couple of years ago touting the startup’s buzz among VCs. Aviato claims it was eventually acquired by Frontier Airlines, though that’s yet to be confirmed and highly unlikely.

“I could tell by the way the name ‘Aviato’ sensually rolls off the tongue that the company was worth investing in, but after Erlich exposed himself to my partners at the holiday party, we were forced to reconsider our offer,” Canaan Partners’ Deepak Kamra tells Fortune.

Few others would speak on the record, though August Capital’s Howard Hartenbaum admitted that his firm never dealt with the startup. The most he ever heard of it was through Jack Barker, an old friend and former colleague of Hartenbaum’s, he says. Barker, currently a vice president at Hooli, could not be reached for comment.

Bachman, Aviato’s eccentric founder, has since moved on to new projects, including a “startup incubator” located in Palo Alto, Calif. and an investment fund in partnership with Nelson Bighetti, named Bachmanity Capital. Bighetti appears to be an under-the-radar type, though we hear he often goes by the pseudonym “Big Head,” according to multiple sources in and around Palo Alto’s startup circles. Bachman’s startup incubator seems to have been involved with Pied Piper, an upcoming video-chat service. Fortune has learned from multiple sources that Bachman previously owned about 10% of the startup, but no longer does.

But more questions emerge. Fortune noticed that Bachman has recently put his car—branded with Aviato’s logo—up for rent on Turo (formerly RelayRides), a service for peer-to-peer car rentals. According to the listing, the 2006 Ford Escape (F) (painted in a bright yellow and green pattern) can be rented in the Bay Area for $49 per day.

Could Bachman and Bighetti’s fund already be in financial jeopardy?

“We have no idea who’s backing these Bachmanity Capital guys. Our theory is that Erlich must be funding it from proceeds of renting his car on Turo,” Kleiner Perkins’ Brook Porter tells Fortune.

Another theory among Silicon Valley’s investors is that Bachman and Bighetti may have some funds from the recent sale of one of their investments. According to one source briefed on the deal, tech news site Code/Rag, which Bachmanity owned, was recently sold to Hooli, though the price could not be learned. Again, Hooli PR could not be reached for comment, though another source tells Fortune that Code/Rag reporter CJ Cantwell was touting the sale to friends during a recent get-together in San Francisco.

The so-called “sharing economy” has been proclaimed as the future of work and ownership, but does it have the power to disrupt our current fundraising models? With all the complaints we hear from venture capitalists about their grumpy limited partners (the investors of investors, if you will), sharing economy platforms could become alternatives for professional investors lacking enough social skills (or human decency) to rope limited partners into their funds.

Fortune has contacted Bachmanity Capital and will update this story if we hear back.

Disclaimer: Aviato is, of course, not a real company. It is a subject within the fictional world of HBO’s Silicon Valley television series. Turo, a real world peer-to-peer car rental service, has partnered with HBO to make the Aviato car available for rent through its marketplace. The car will be available for bookings in the Bay Area until late September, followed by Los Angeles and later New York. All of the above investors who are quoted are real people who have invested in Turo and enthusiastically agreed to play along.