How Companies Are Developing More Apps With Fewer Developers 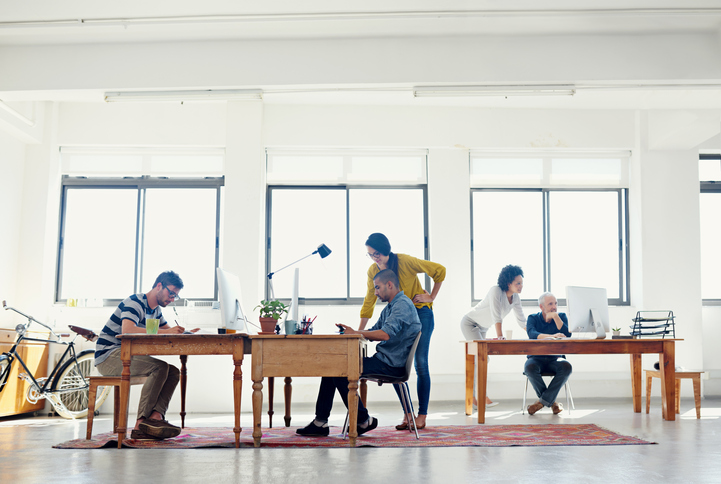 Shot of a group of creative professionals working in an officehttp://195.154.178.81/DATA/i_collage/pi/shoots/784752.jpg
Photograph by Yuri Arcurs—Getty Images

Tried to hire software developers lately? Then you know how tough (and expensive) it can be. The yawning gap in tech skills has gone on for so long that it’s creating some surprising shifts in supply and demand. The most ferocious appetite for software development talent, for instance, is no longer in Silicon Valley. And now, in many companies, developer jobs aren’t even reserved for developers.

That’s because a relatively new technology, known as low-code or no-code platforms, is now doing a big chunk of the work that high-priced human talent used to do. Low-code platforms are designed so that people with little or no coding or software engineering background — known in the business as “citizen developers” — can create apps, both for use in-house and for clients.

Not surprisingly, the low-code platform industry, made up of about 40 small companies (so far), is growing like crazy. A recent Forrester Research report put its total revenues at about $1.7 billion in 2015, a figure that’s projected to balloon to $15 billion in the next four years. Low-code-platform providers, notes Forrester, are typically seeing sales increases in excess of 50% a year.

See also: Can ‘Coding Bootcamps’ Fix the Shortage of Engineers?

One of the biggest, QuickBase (fiscal 2015 revenues: $70 million), was part of Intuit (INTU) until it was sold to a private equity firm earlier this year. About half of the Fortune 500 uses QuickBase’s low-code platforms now, according to CEO Allison Mnookin, an Intuit veteran.

“Almost any employee now can do most or all of the same work that developers used to do,” says Mnookin.

One big advantage, Mnookin says, is that opening an app’s development to the non-techies who need the app removes misunderstandings between the IT department and other employees about what the end user needs. “With a low-code platform, the developer and the end user are one and the same,” she says.

A survey of so-called citizen developers by QuickBase last year found that only 8% had any previous coding experience, and 68% considered using QuickBase to be part of their regular, non-IT jobs.

Low-code platforms have been “a powerful tool for our organization,” says Jeetu Chawla, a software engineer who is now vice president of advertising operations at online publisher Complex Media. Using QuickBase over the past decade has taken much of the strain of the company’s fast growth off of its IT department. “They haven’t had to lift a finger on most of our development projects,” Chawla says.

Still, Chawla adds, low-code platforms are not a panacea. “You don’t need to know how to code in order to use them, but you do need strong analytical skills,” he says, particularly when it comes to “your team’s processes, your data, and how the two interact.”

Project management experience helps, too. Making the best use of the technology may, in other words, require employers to seek out far fewer software developers — but more people with a combination of skills that might be almost as difficult to find.