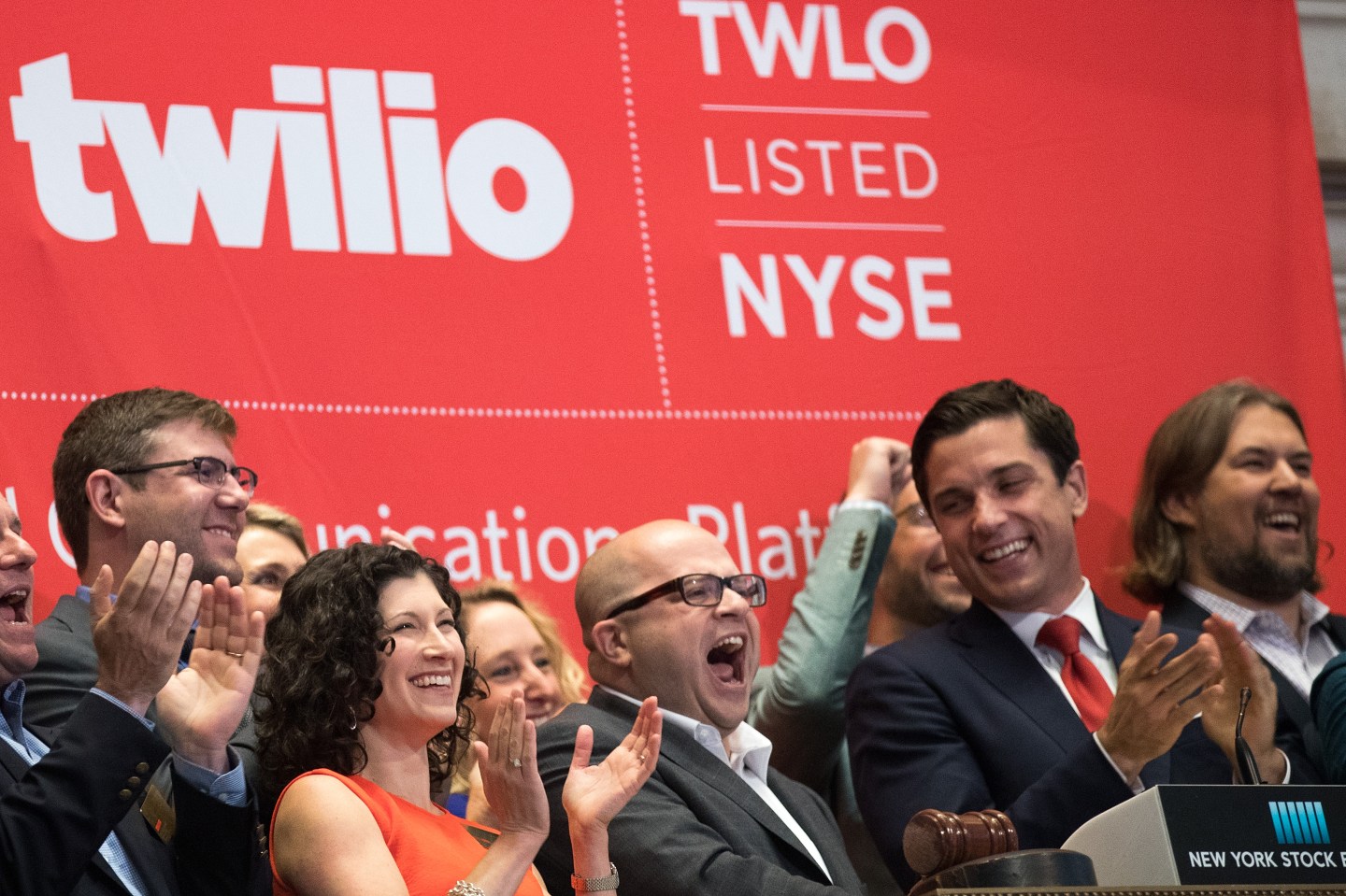 When Twilio (TWLO) went public in June, the paper value of CEO and co-founder Jeff Lawson’s stake was reportedly about $130 million. Since then, Twilio’s shares have surged 261%, making it the year’s third-best-performing IPO, according to IPO Monitor, and driving Lawson’s stake to near half a billion dollars.

But having massive paper wealth doesn’t seemed to have changed Lawson, at least not outwardly. The software executive says he gained perspective from founding three companies prior to Twilio, including one that he sold to a competitor that was set to go public in the late 1990s. Then the dot.com bubble burst and the company soon went bankrupt, vaporizing a lot of Lawson’s personal paper wealth in the process.

Listen to Fortune Unfiltered, Fortune’s podcast with the brightest leaders in business.

“My takeaway [from that] was to focus on things that are real… and have faith. If you focus on the true fundamentals of business—happy customers, revenue, good employees—good things will happen,” Lawson tells me in the latest episode of Fortune Unfiltered.

Focusing on those fundamentals is one reason Twilio has avoided what Lawson calls “the perk war” in Silicon Valley.

“We have competitive compensation but I’d rather have employees who self-select because they’re excited about the job at hand, rather than having people join the company because they’re excited about the 30 beers on tap or fancy lunches,” he says. “I’m not judging—it’s cool, but it spirals out of control, and companies spend a lot of money on those things. If an employee wants those things and it fulfills them, great, there are different companies to work for.”

You can listen to the episode below, and hear Lawson share his advice for startup executives dreaming of overseeing the next hot IPO, as well as his lessons from working at Amazon.com.

Whether it’s about his personal wealth or the company he’s leading, Lawson takes the long view—something of a rarity in the current corporate landscape, especially among public company execs who seem hell-bent on keeping Wall Street happy and “making the quarter.”

Maybe that’s because Twilio has only had one quarter as a publicly traded company and it “beat” expectations. Or maybe it’s because it took Twilio eight years to go from startup to its IPO. Or maybe, because in between the dot.com bust and co-founding Twilio, Lawson gained further perspective as the founding CTO of Stubhub.com and as one of the original product managers for Amazon Web Services.

At Amazon, Lawson says he learned critical lessons about focusing on customers and “building systems and processes that reinforce that customer-first point of view.”

He also learned to “focus on diligence in decision-making” at Amazon, including the practice of writing long-form memos versus relying on PowerPoint or other presentations.

“PowerPoint can be intellectually lazy—we’ve all built a PowerPoint five minutes before a meeting,” Lawson says. “When you put something in written prose form…it’s really good for the author to vet the idea and a great medium for collaboration—nobody collaborates in PowerPoint.”

As for his advice to other startup leaders, Lawson recommends “optimizing for maximum future flexibility,” so you’re able to manage even if the IPO market cools off, or if some macroeconomic event dramatically changes the landscape.

See also: IPO Market Is Worst Since the Financial Crisis

In other words, rather than raising funds at the highest level possible or “giving terms to investors that tie your hands,” Lawson’s recommendation is for entrepreneurs to “focus on the long term and make sure, if you’re committed to [going public], all the decisions you make leading up to the event of an IPO should help you maintain that long-term focus and maximum flexibility for the future.”

Lawson also has some interesting perspective on the IPO process itself, calling it “sort of a vacation from the real work of building a company.”

“Nobody in the world truly understands how IPOs really work,” he boldly suggests. “It’s as much a mystery to Wall Street as everyone else.”