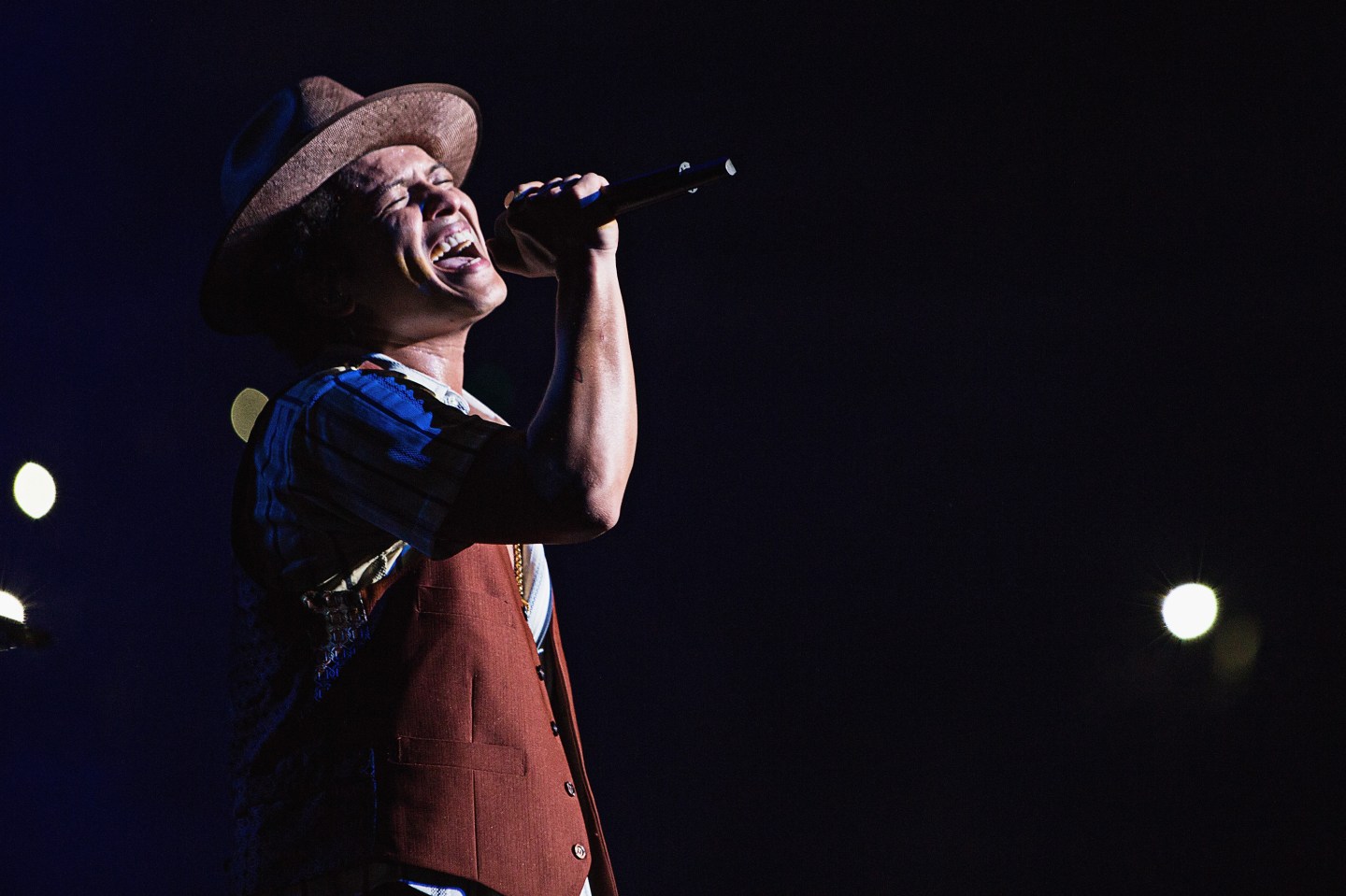 The scenic views of northern Italy’s Lake Como served as the backdrop for the Uptown Funk singer on Saturday as he entertained guests like Facebook CEO Mark Zuckerberg and BrewPR founder Brooke Hammerling during Ek’s wedding to Sofia Levander, Business Insider reports.

Ek’s friend Hammerling posted pics of Mars performing his set during the day. “When the wedding singer is Bruno Mars. #comochic #what,” she wrote on Instagram.

When the wedding singer is Bruno Mars. #comochic #what

Zuckerberg posted pics of his own on Facebook page. “Many people know Daniel as one of the great European entrepreneurs,” he posted. “I know him as a great friend and dedicated father.”

Spotify has faced increasing competition from Apple Music (AAPL) since the latter’s summer 2015 launch, largely due to Apple paying record labels and artists like Frank Ocean for exclusive rights to stream their albums upon release.

Spotify faced criticism last week for allegedly making music by artists like Ocean whose labels offer exclusives to Apple Music and Tidal harder to search for on Spotify, according to Bloomberg and the New York Times, but Spotify later denied those allegations, telling Recode the charge was “unequivocally false.”

Founded by Ek in 2006, Spotify has plans to go public next year, according to Bloomberg. While the Swedish company’s revenues rose substantially last year, its ongoing struggles to turn a profit continued through the second quarter of this year due to the ever-rising royalties and distribution fees all streaming services pay recording artists like Mars and Taylor Swift.

Swift’s longstanding royalties beef with Spotify reached a climax in 2014 when she pulled all her music off the streaming service.

Singer Adele followed suit last November when she declined to release her latest album 25 on Spotify before later adding it to the company’s catalog.