Obamacare Now Faces a Huge New Problem in Many States 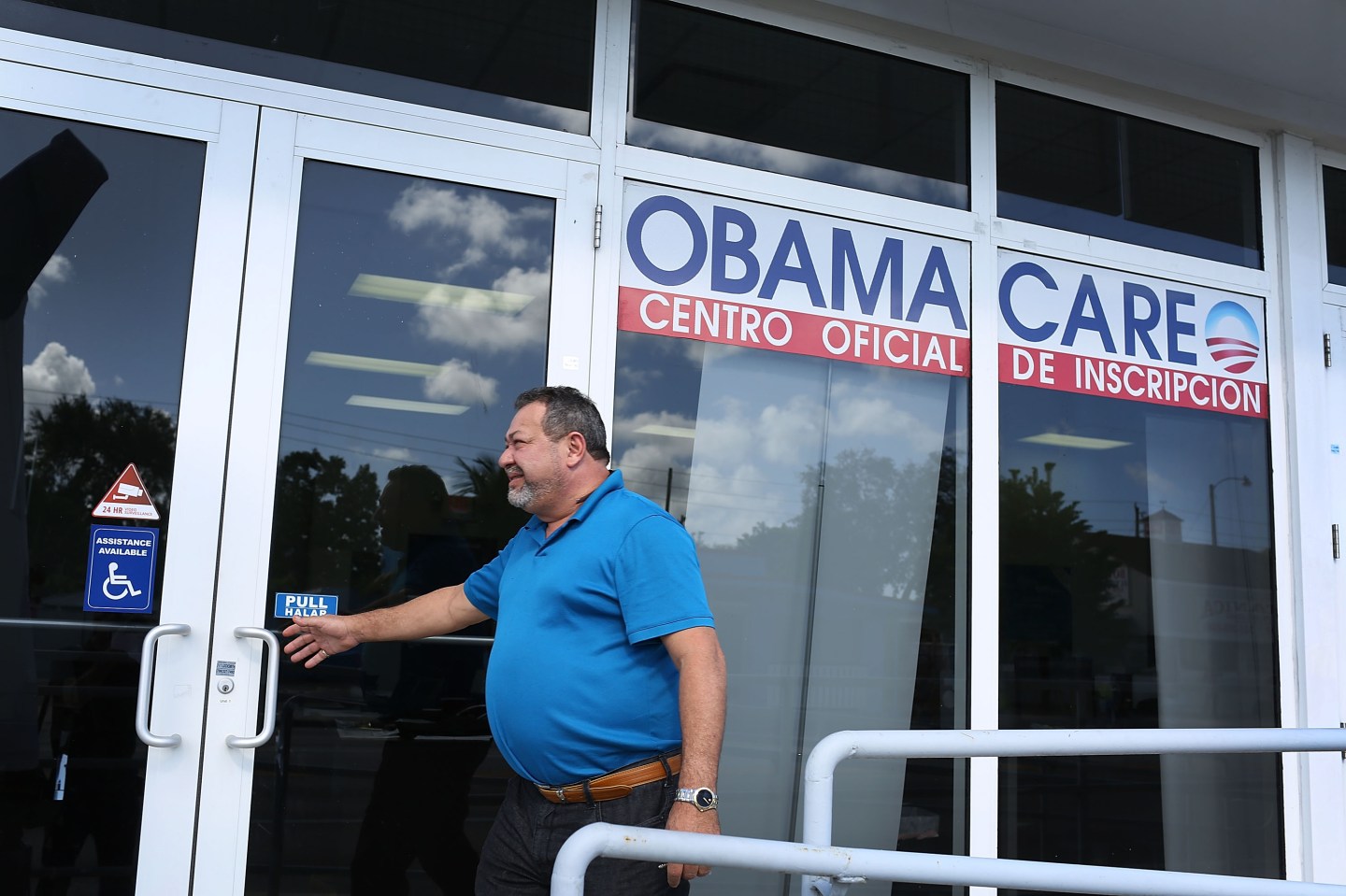 A person walks into the UniVista Insurance company office where people are signing up for health care plans under the Affordable Care Act, also known as Obamacare, on December 15, 2015 in Miami, Florida. Today, is the deadline to sign up for a plan under the Affordable Care Act for people that want to be insured on January 1, 2016.
Photograph by Joe Raedle—Getty Images

Nearly a third of U.S. counties will likely be served by only one insurer that participates in an Affordable Care Act (ACA) marketplace in 2017, according to an analysis published Sunday by the Kaiser Family Foundation.

The 31% of U.S. counties that will have just a single option of insurers within the ACA’s exchanges would represent an increase from 7% this year, the nonpartisan group found.

The bulk of the decrease in counties with a choice of insurers is due to UnitedHealth’s pullback, which was announced in April.

The data underscores the degree to which industry retrenchment is curtailing individual’s options within the marketplaces. Insurer departures may lead to higher costs within that market, analysts have said.

One county – Pinal County, Arizona – risks having no insurer options at all within the marketplace, the analysis found.

However, the study’s authors said another plan offered elsewhere in the state could expand to serve the county. The foundation also said it could take more months and more data for the full impact of the changes for 2017 to become clear.

A spokeswoman for the U.S. Department of Health and Human Services was not immediately available for comment, but the agency has said that the ACA has helped increase the number of options available to individuals.