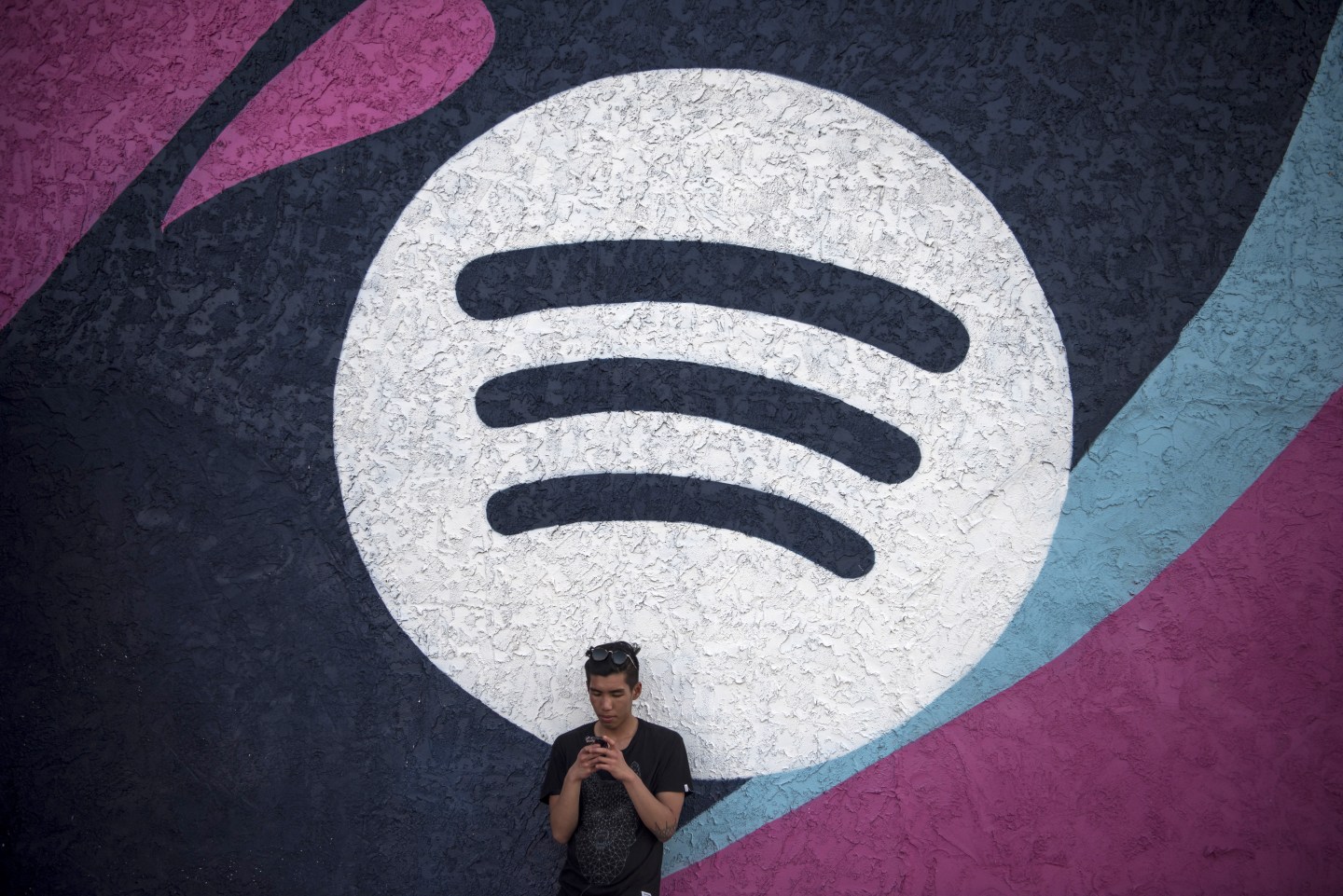 On Friday, Bloomberg cited unnamed sources saying that Spotify was punishing artists who signed exclusive deals with competitors. The punitive actions reportedly included barring artists’ music from featured playlists, though a Spotify representative has firmly told Recode and other outlets that search results were not skewed based on artists’ relationships to Apple Music or other music-streaming services.

At least according to Bloomberg’s informants, Spotify’s hardball tactics are helping keep artists neutral in the streaming wars. One anonymous artist (according to their anonymous management) cancelled plans to debut a song on an Apple radio station, for fear of losing promotion from Spotify.

The alleged practices highlight a major strategic split between Spotify on the one hand, and the competing Apple Music and Tidal streaming services on the other. Apple and Tidal have battled over exclusive content from high-profile artists as a way to attract users.

But Spotify has largely stayed out of that scrum, with executives criticizing long-term streaming exclusives as harmful to the music business as a whole. Spotify’s argument, in essence, is that exclusives lead to market fragmentation and consumer frustration.

But streaming services’ different stances on exclusives are as much pragmatic as philosophical. Apple Music has practically unlimited financial backing that allows it to offer tens of millions of dollars for exclusives and artist relationships, while Tidal has a uniquely personal connection with many of today’s biggest names. Spotify doesn’t have either of those—but it does have a giant sales funnel thanks to its huge base of free users, and arguably the best curation and user experience of any streaming service. Exclusives are pretty clearly the biggest, and maybe only, edge Apple and Tidal have over Spotify.

For more on streaming, watch our video.

All that being said, it’s still not clear what prize the music-streaming players are competing for. Without substantial changes to the basic math, streaming is a terrible business, and all these sharp-elbowed tactics amount to a fight over who gets to lose money the fastest.