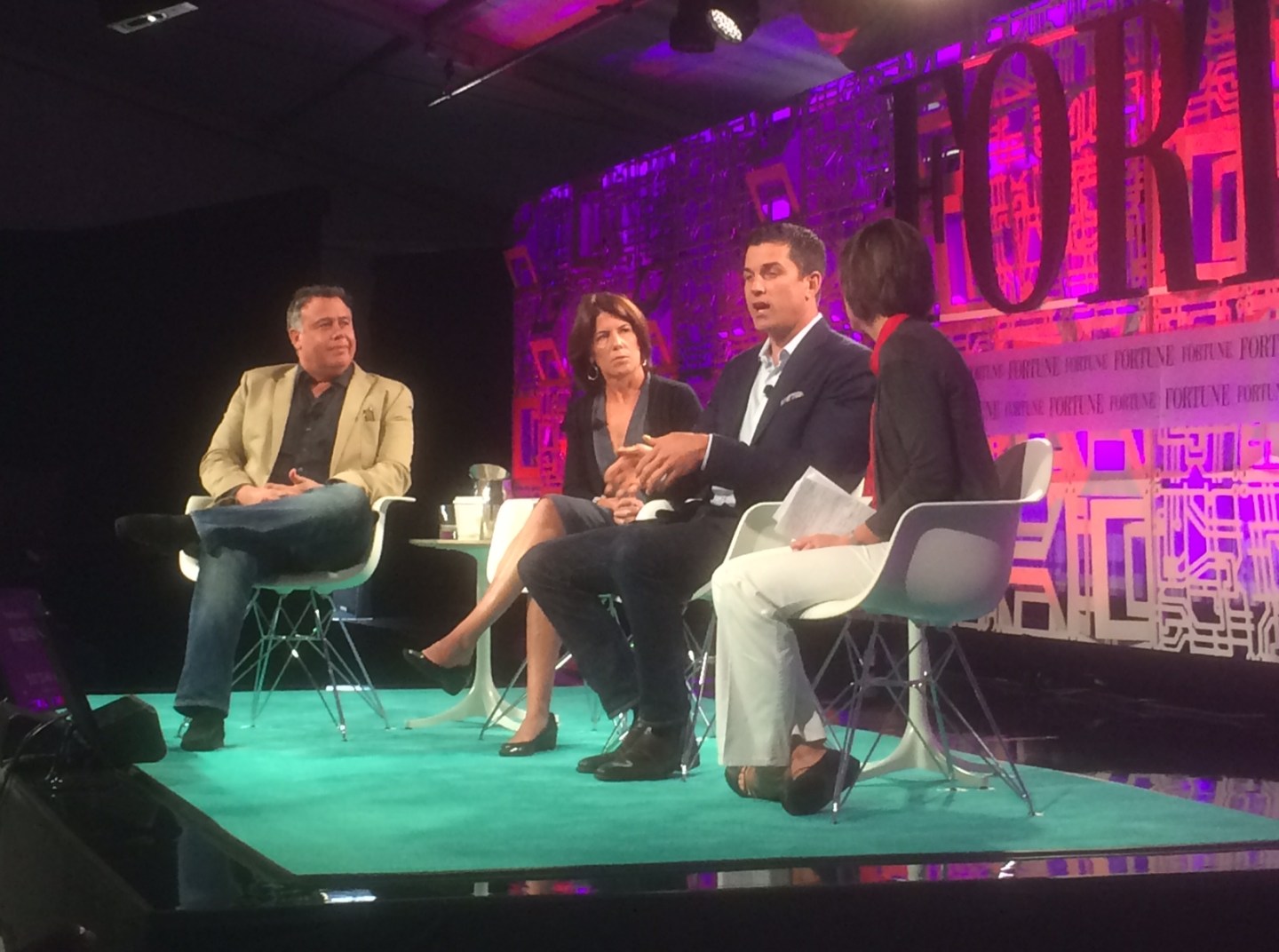 HP Inc. continues to face challenges during its first year as an independent company.

The printer and personal computer giant said Wednesday that its latest quarterly revenue dropped 4% year over year to $11.9 billion. This marks the third decline in quarterly sales since HP (HPQ) separated in November from its data center hardware and software sibling, Hewlett Packard Enterprise (HPE).

In late 2014, Hewlett-Packard Company undertook a massive year-long endeavor to split itself into two separate companies, one focused on data centers and corporate IT, and the other specializing in PC and printers. The idea was that two, smaller companies could react faster and better compete in their respective areas amid a changing technology market. HP’s recent earnings report shows, however, that it’s challenging to fix a company in which sales seem to be on the decline.

Still, there were some positives in the results for the quarter ending July, 31. For one, HP said its sales in its unit for laptops and desktop computers remained flat relative to the previous year at $7.5 billion. That HP’s personal computer business didn’t decline is noteworthy considering that the overall PC market continues to plummet.

HP Inc. CEO Dion Weisler said on a call with analysts that one reason HP’s PC business was able to avoid a decline was strong demand for high-end computers by video game enthusiasts.

“We outperformed the market,” Weisler said about HP’s PC sales.

However, the PC sales results were not enough for HP to say that business will be rosy in the current quarter. HP projected that its fiscal fourth quarter non-GAAP earnings per share would be 34 to 37 cents per share, short of the of the projected 41 cents by Wall Street analysts, according to Thomson Reuters.

HP chief financial officer Cathie Lesjak said that one of the reasons HP is projecting a lower fourth quarter earnings despite PC sales somewhat stabilizing in its recent quarter was because the company is investing a lot of money in lifting sales of its higher-end printers. The goal is to sell more of these printers in geographies where people print more, which could lead to more sells of printer supplies or related services.

“We think that is the right investment to make,” said Lesjak. The investment increase will “put pressure” on HP’s current quarter, but it will “pay dividends in supply revenue in the future,” she promised.

And despite HP’s sales of PCs remaining flat its third quarter, Weisler was hesitant to say that the same trend would continue while cautioning that he agrees with major analyst firms that predict PC sales will be weaker in the second half of 2016 compared to the first half.

Sales of HP’s newly released Chromebooks also seemed to be on the rise, according to Weisler, although he did not cite any specific numbers. Companies like HP and Lenovo sell these lower-cost Chromebook laptops through partnerships with Google (GOOG), which developed the Android-operating system that powers the devices.

Weisler said that sales of Chromebooks have made “significant headway” with education providers, and are gaining strength in other industries like finance and banking, which he said are also looking for low-cost laptops.

For more about HP, Inc., watch:

However, because Chromebooks can cost significantly less than a traditional laptop, HP stands to make less money selling those computers compared to its more expensive models. In April, the company debuted a more expensive and feature-packed version it hopes would catch on with businesses.