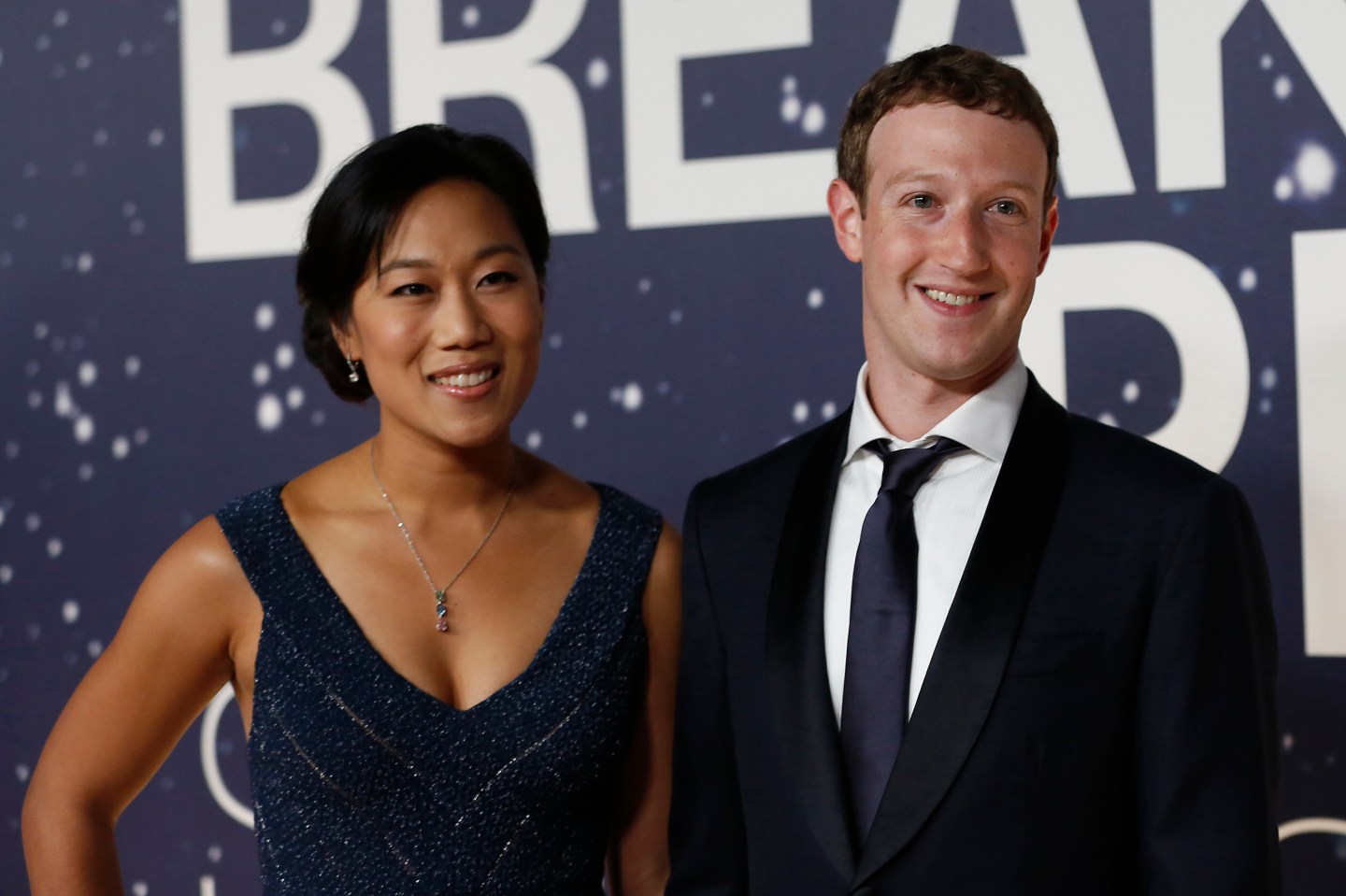 Facebook CEO Mark Zuckerberg has just sold a huge chunk of stock to fund his recently launched philanthropic initiative, according to a new regulatory filing on Wednesday.

Zuckerberg and his wife, Priscilla Chan, announced the creation of the organization, the Chan Zuckerberg Initiative (CZI), when their daughter, Max, was born in 2015. The Initiative is focused on “personalized learning, curing disease, connecting people and building strong communities.”

At the time, the couple pledged to give away 99% of their Facebook shares over their lifetime to philanthropy through the organization. In December, that amount was worth around $45 billion. During that month, Zuckerberg moved 99% of his Facebook shares to CZI while saying he would start by selling up to $1 billion annually for the next three years. Since that time, Facebook’s stock price has risen in value by more than 18%.

Zuckerberg and Chan’s effort to donate their wealth was initially controversial because the Chan Zuckerberg Initiative was a limited liability corporation instead of a non-profit. Zuckerberg has defended the decision by saying it affords the organization more flexibility when it comes to allocating funds towards various causes. He also said that any money earned by the Initiative would be put back into charitable efforts.